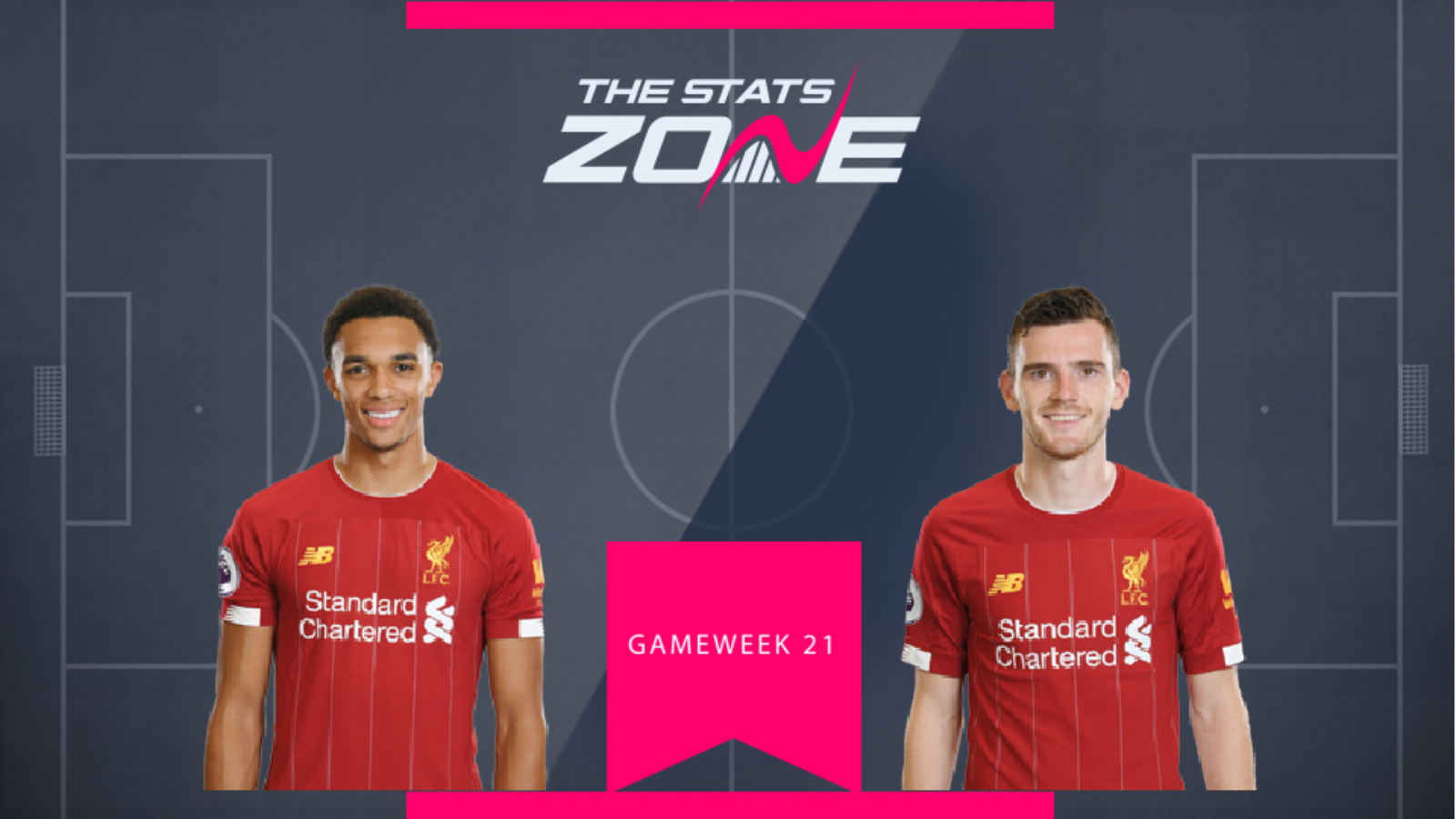 After a largely disappointing first half to the season by Trent Alexander-Arnold’s (£7.4m) lofty standards, he has sparked into life over the Christmas period racking up a stunning 38 points in his last three gameweeks. He now has 10 assists for the season combined with his two goals and there is little doubt that he is THE premium asset when it comes to defenders.

TAA’s full-back colleague at Anfield, Andrew Robertson (£7.0m), is having a quieter season and has half the attacking returns with one goal and five assists. The Scot has not been quite as effective this season although he is still getting forward plenty. Unlike TAA however, all of Robertson’s chances for fantasy points come from open play, and that is the fundamental difference. With TAA a threat from open play and set pieces, he has to be favoured based on his superb current form. 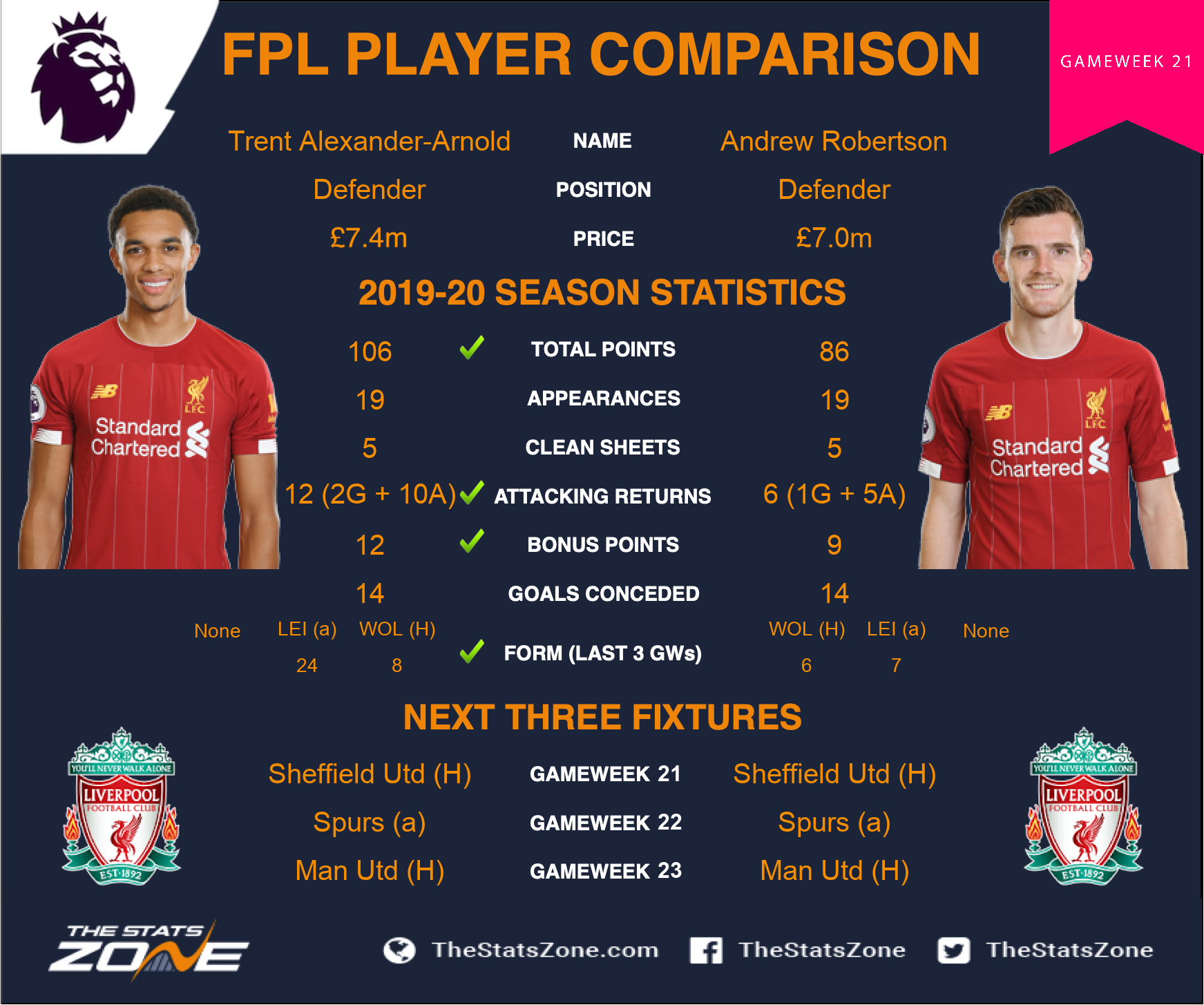