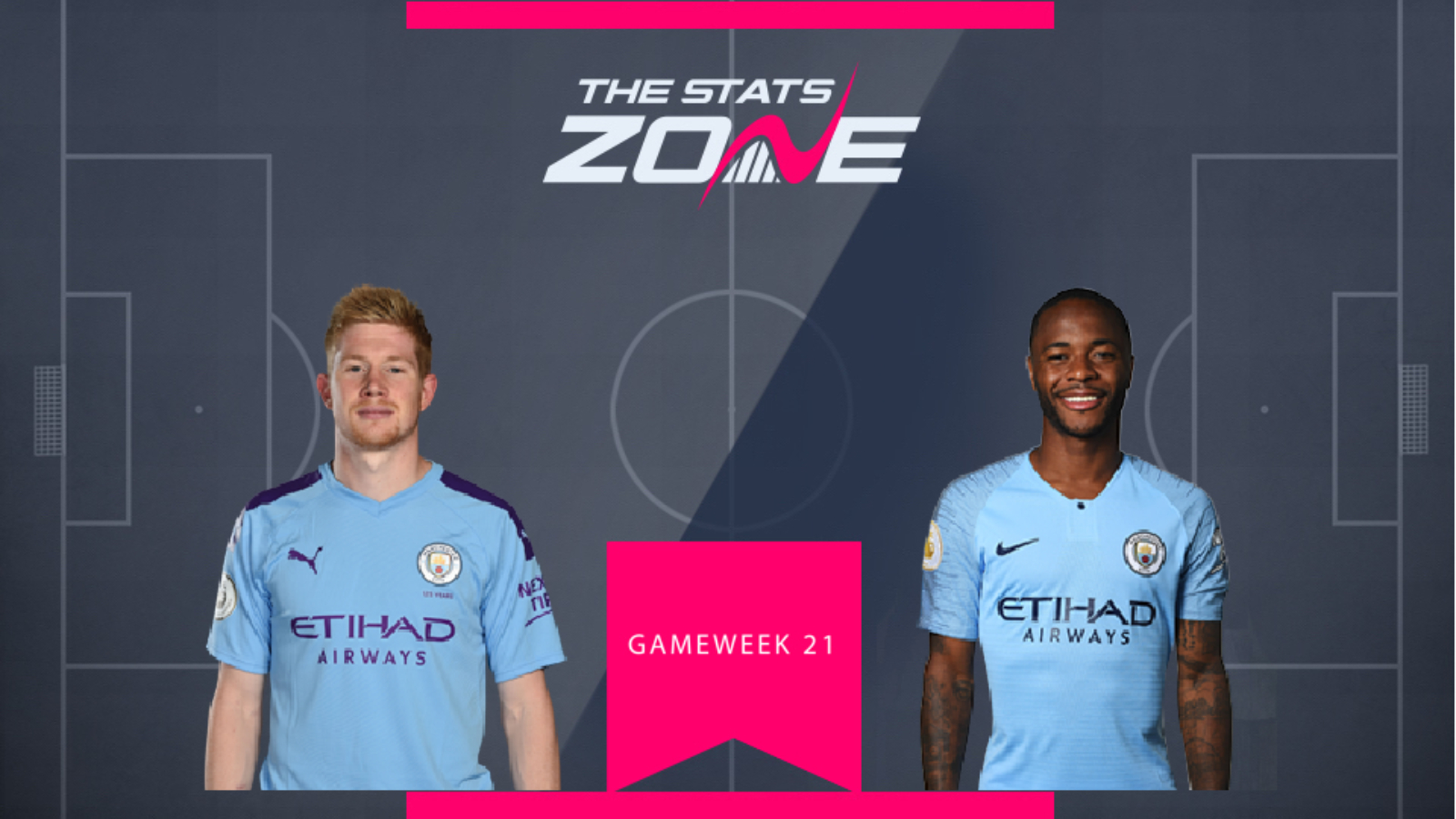 Man Utd bounced back from defeat at Wolves with a comfortable 2-0 win over Sheffield Utd in Gameweek 20. As he seems to be at every game at the Etihad Stadium, Kevin De Bruyne (£10.5m) was the star of the show with a goal and an assist. In comparison, Raheem Sterling (£11.8m) failed to register an attacking return after scoring twice against Wolves and was substituted a couple of minutes from the end.

Gameweek 21 sees the Citizens at home to a revitalised Everton, who are unbeaten in their last five league games. Whilst Sterling appears to be the sensible option away from home, De Bruyne at the Etihad is by far the most powerful FPL asset this season. He has accrued an incredible 75 FPL points from the league matches he has started at home and is a no brainer for any Man City fixture on their own soil. 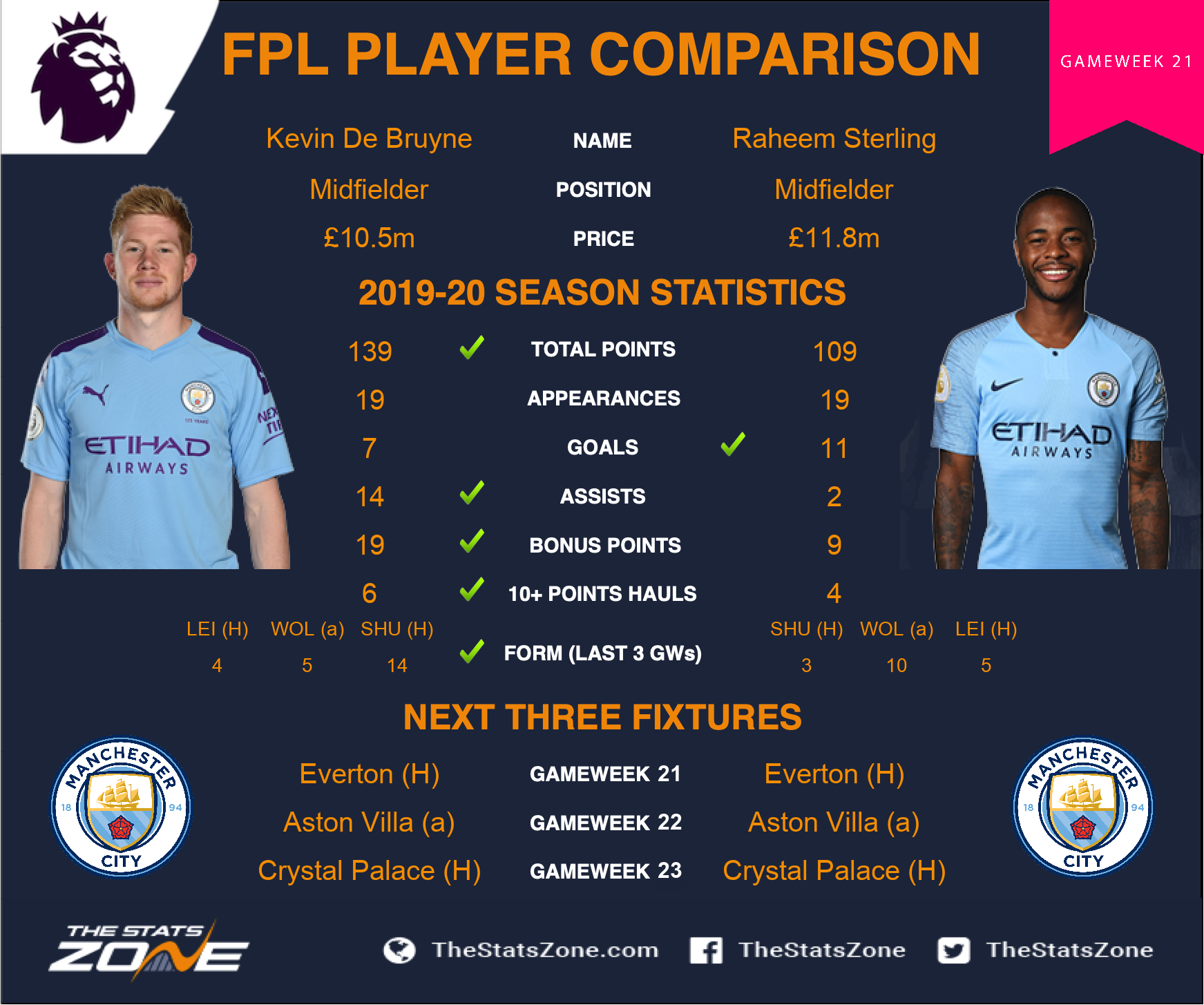