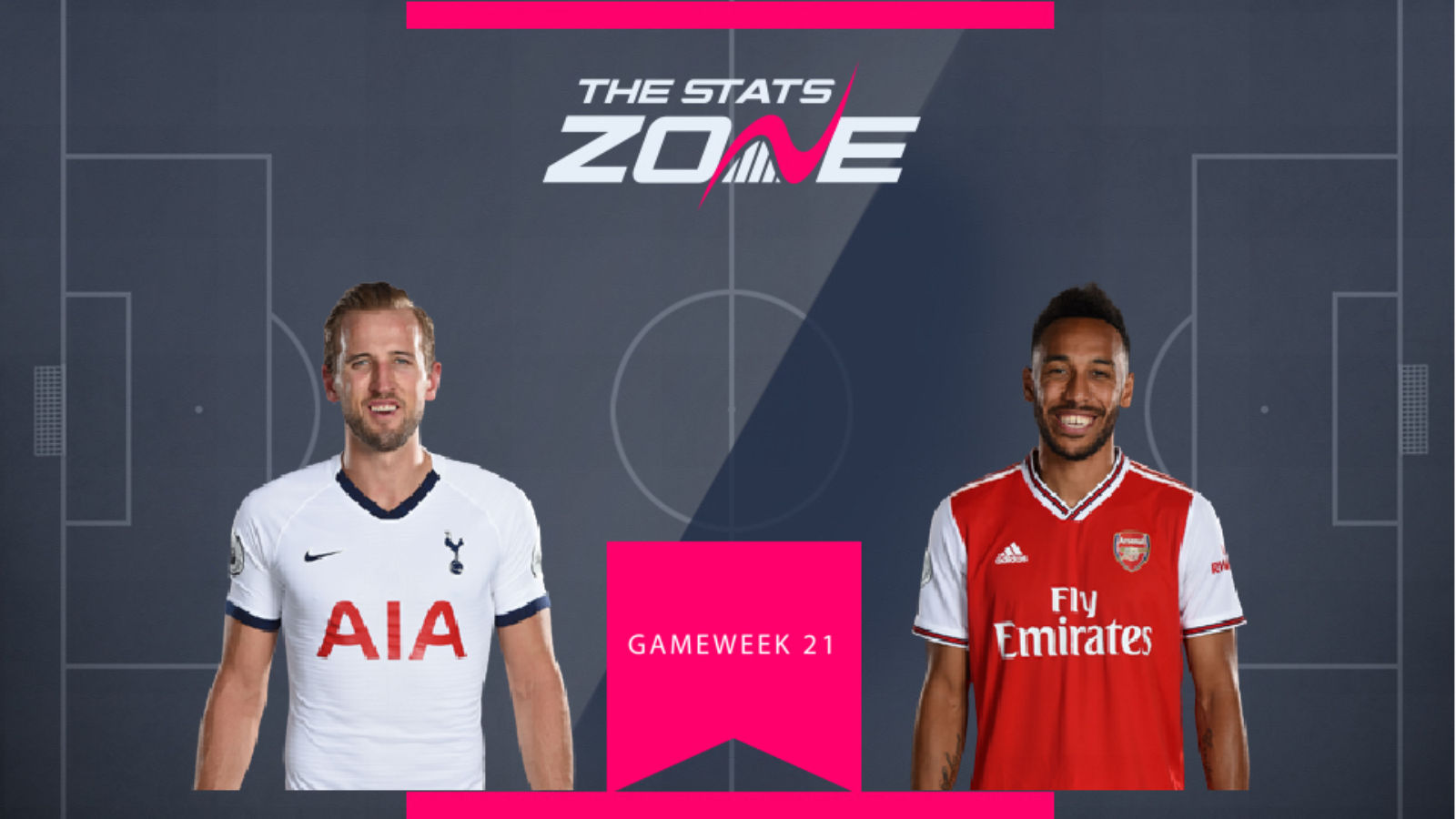 Both North London forwards found the net in Gameweek 20, but neither were able to inspire their side to victory in their respective matches. Spurs' Harry Kane (£11.0m) netted a penalty to claw his side to 2-2 against Norwich, whilst Pierre-Emerick Aubameyang (£10.8m) opened the scoring for Arsenal against Chelsea, although the Gunners went on to ultimately lose the match 1-2. Both forwards have now scored in their last two league games.

Spurs take to the road again in Gameweek 21 as they meet a Southampton side yet to keep a clean sheet at home in the Premier League this season. Arsenal host Man Utd in what should be a feisty encounter between two title rivals of old. Whilst at £0.2m more expensive than Aubameyang, the fixture favours Kane with Arsenal's opponents coming off the back of a clean sheet away from home versus Burnley, not to mention the fierce rivalry between the two clubs. The England international has four goals and one assist in his last five league matches and looks a good bet to add to that tally against the Saints. 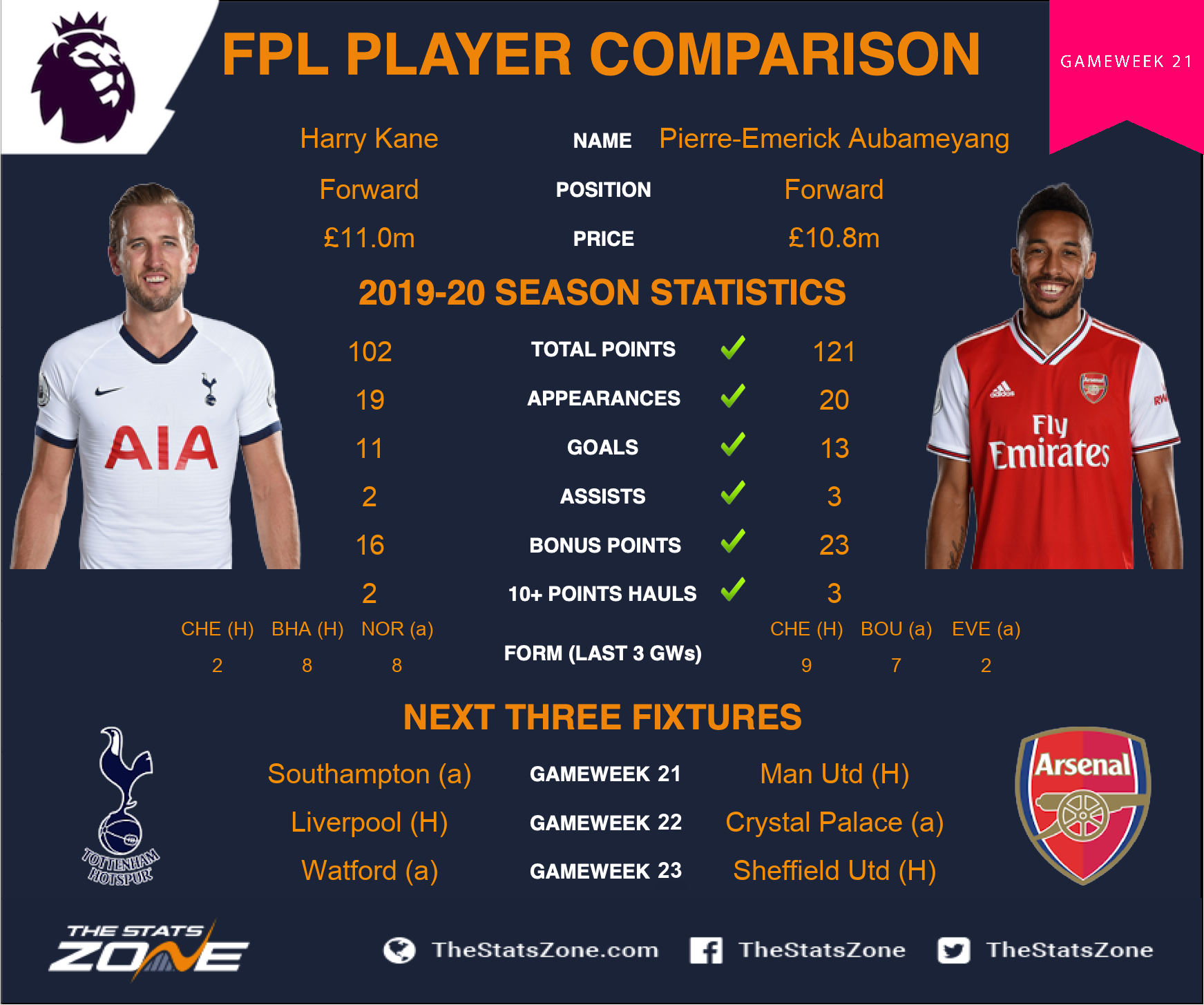