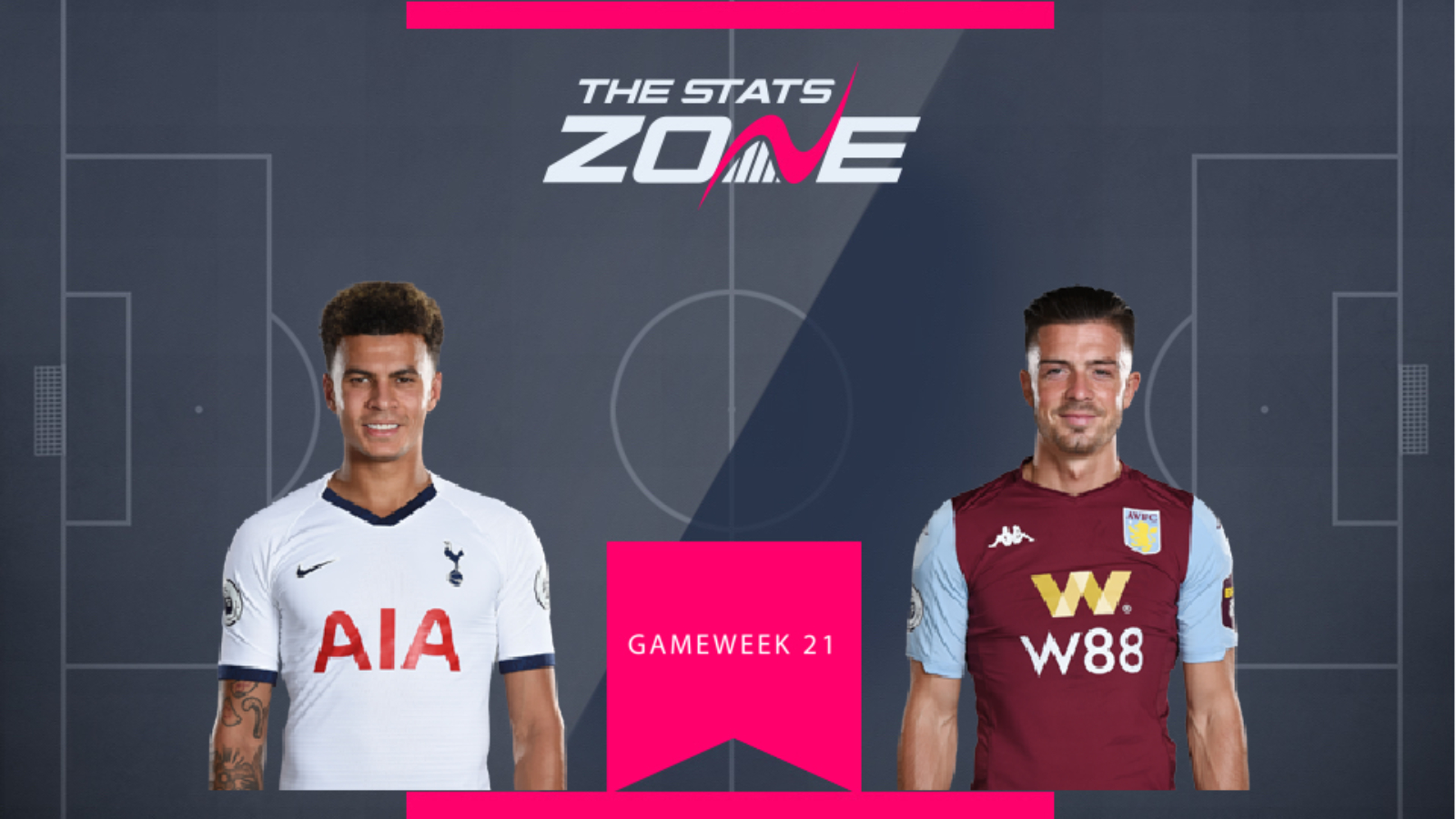 No Tottenham player has benefitted more than Dele Alli (£8.9m) since the arrival of Jose Mourinho at the North London club. Alli has tallied four goals and three assists in his last eight matches as he is enjoying a more central role while Christian Eriksen has been out of the side. Spurs are away to Southampton and their leaky defence on New Year’s Day, but Eriksen could well retain his place after his wonder goal against Norwich so that may impact Alli’s goal threat a touch. That said, his form is excellent right now and he is an excellent option in midfield at present.

Jack Grealish (6.4m) is enjoying life in the Premier League and his five goals and five assists marks a strong return for FPL owners at his valuation. Since moving into a more advanced role, it is Grealish rather than the now injured McGinn who has been having more success of late. Villa face a tough trip up the M6 to Burnley and they have to reverse their woeful away form as they scrap against relegation. It is difficult to have much confidence in their players away from home though and that makes Alli the more tempting option even at the higher price. 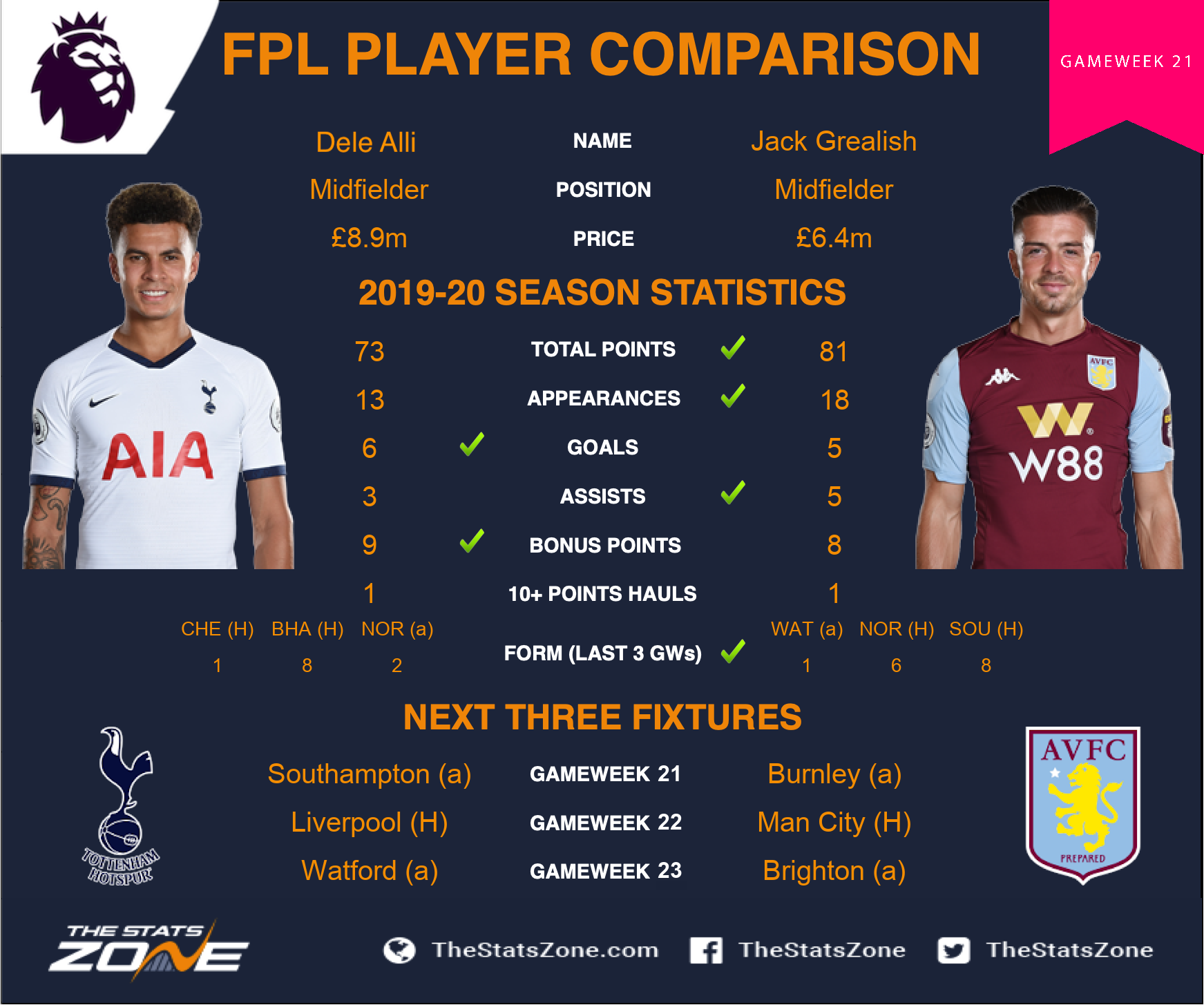