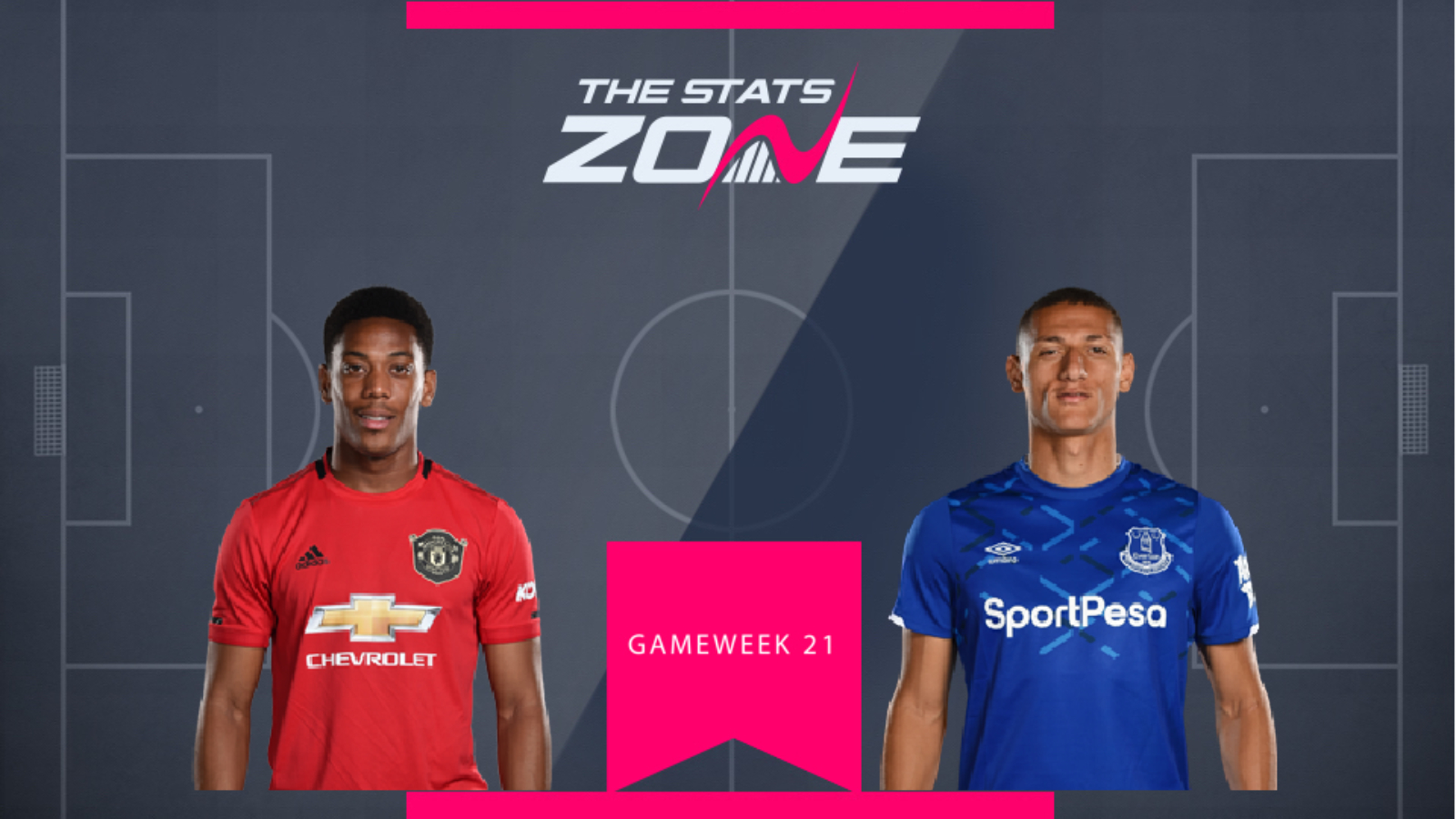 Anthony Martial (£7.9m) has stung many FPL owners in recent seasons, and after scoring in his first two games of this season, he promised so much as a midfielder playing in attack for Man Utd. After injuries disrupted his availability in the first half of the season where he missed five gameweeks from four through to eight inclusive, he has started to regain his form. He has scored four goals in his last five games as Utd have improved offensively while his partnership with Marcus Rashford is flourishing right now. 37 points across the last five gameweeks makes him a tempting option in this price range as does a fixture against Arsenal’s vulnerable defence.

Richarlison (£8.0m) has outscored Martial over the season (91 points compared to 71) but that is largely due to Martial’s aforementioned absences. The Brazilian nonetheless is enjoying life under Carlo Ancelotti (as every Everton player and fan is!) and his partnership with Dominic Calvert-Lewin continues to develop and they will be key away to Man City in Gameweek 21. It is Calvert-Lewin however who has taken the more central role as Ancelotti has insisted on him getting in the right positions, and that is to the detriment of Richarlison’s attacking returns. That makes Martial the more tempting option in terms of form, tactically and based on the fixture. 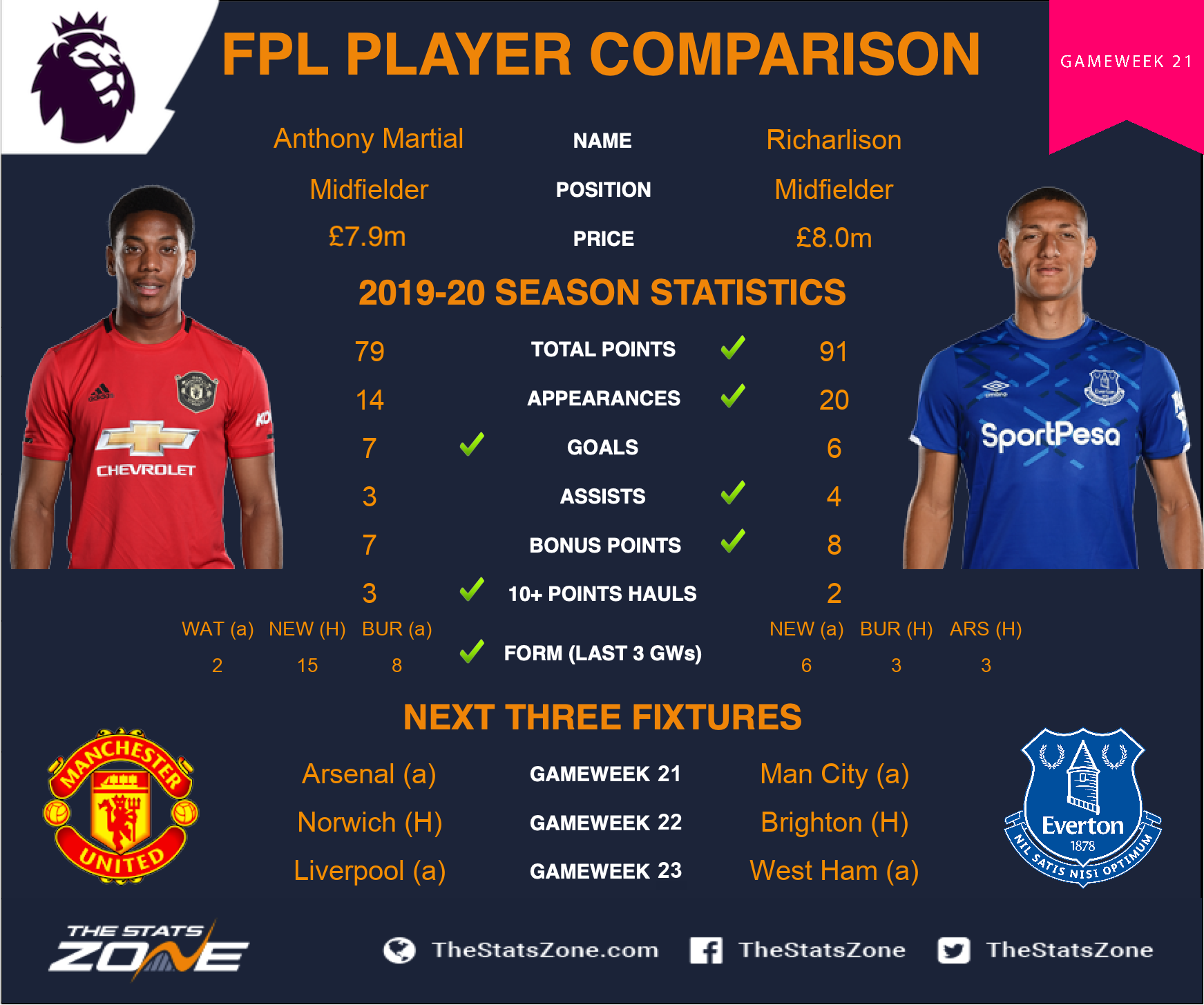