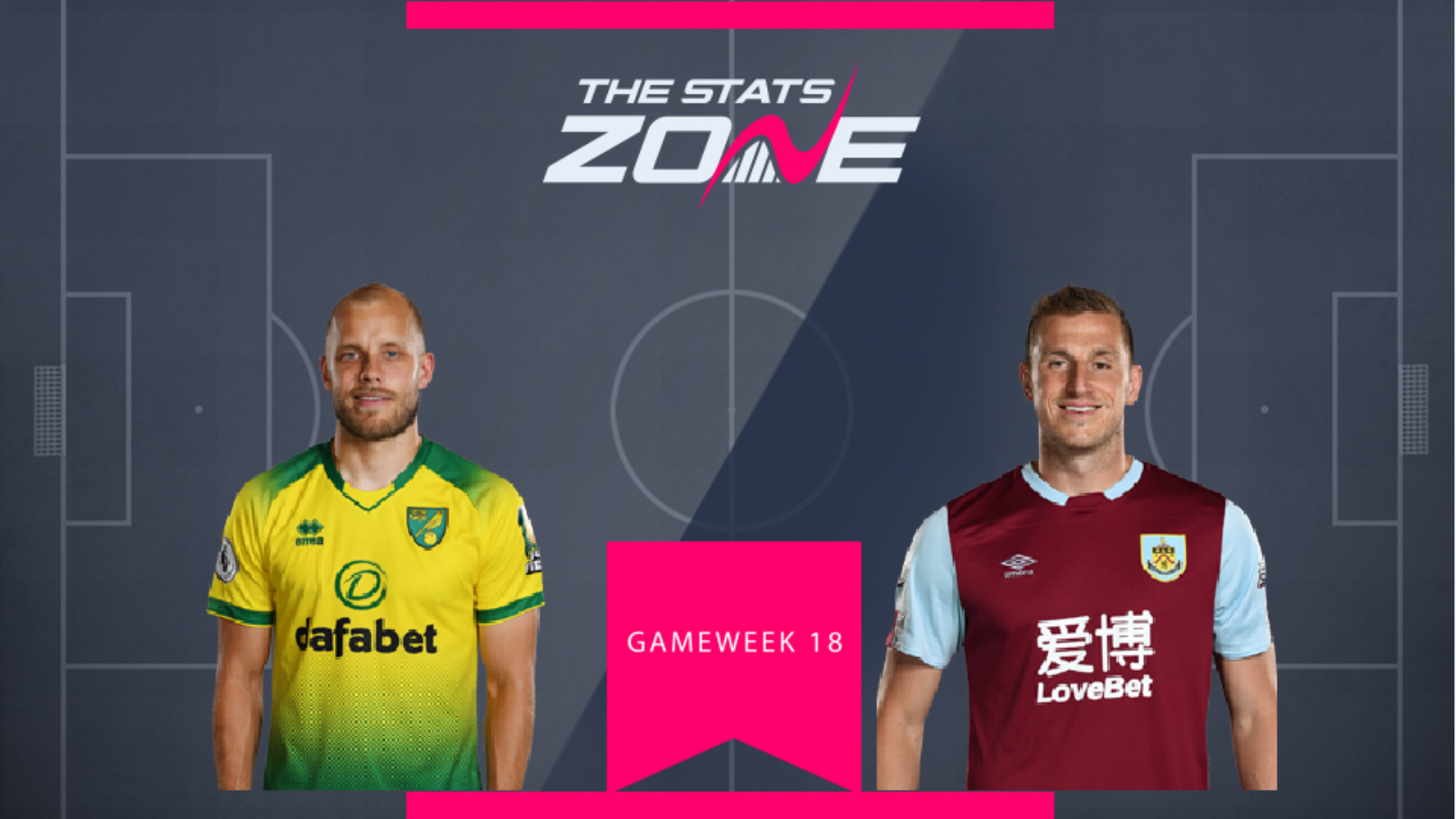 After previously going eight Premier League games without a goal, Norwich forward Teemu Pukki (£6.6m) has regained his form at a crucial time for the Canaries in their battle against relegation. Scoring the opening goal in a hard fought 1-1 draw away at title challengers Leicester, Pukki now has three goals in his last four league appearances and nine league goals for the season. An impressive stat for a player in a side currently stuck within the relegation places.

Burnley grabbed a welcome 1-0 win at home to a revitalised Newcastle in Gameweek 17 with a second-half header from Chris Wood (£6.2m) the winner. Wood has scored more headers than any player in the Premier League since the start of last season and now has seven goals in his last ten appearances for the Clarets.

Norwich host Wolves in Gameweek 18, whilst Burnley travel to Bournemouth. Norwich manager Daniel Farke revealed worries that Pukki may have broken his toe in his post match interview and as such the Finn is likely to remain a doubt right up until kick-off at the weekend. This news prompts us to lean towards Wood in this head-to-head, with the Kiwi having a tendency to score his goals in spurts. Burnley have performed well against sides in the bottom half of the table this season and they'll hope to continue this on the south coast. 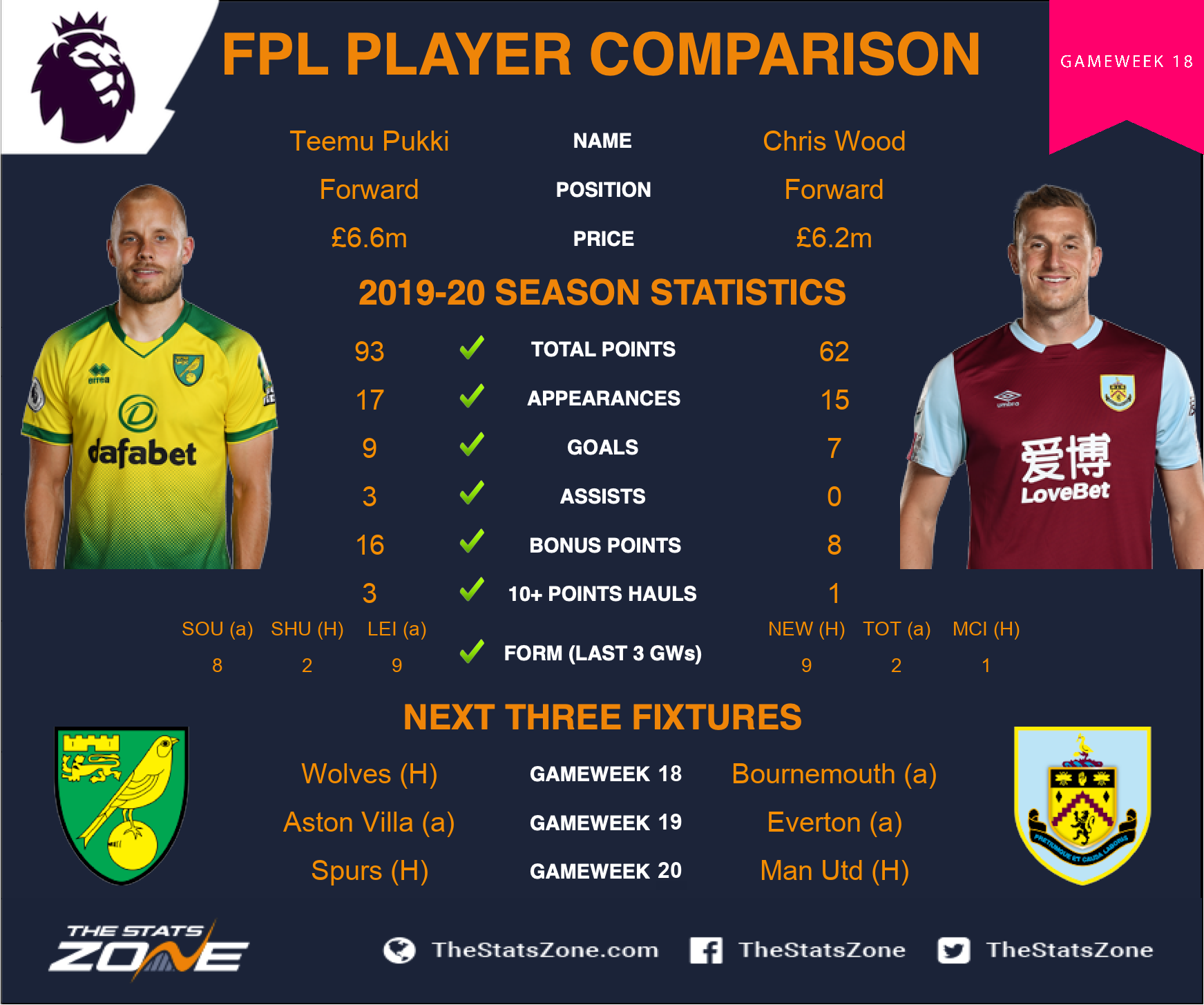