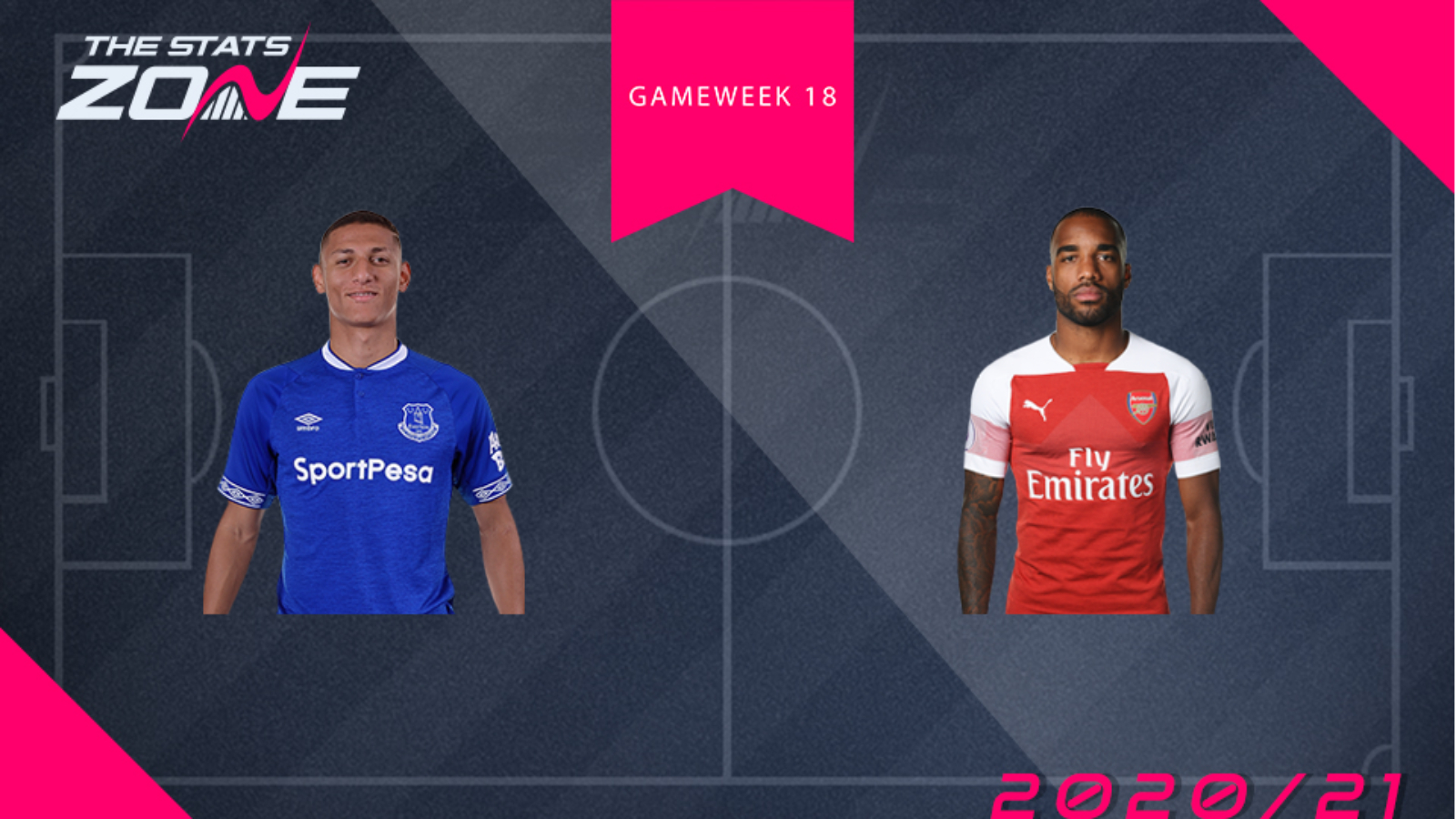 By his high standards, Everton forward Richarlison (£7.8m) will be disappointed with his goal tally so far this season. Failure to score in Gameweek 17, meant that the Brazilian has netted just twice so far in this campaign. Despite playing less minutes in the Premier League than Richarlison, Alexandre Lacazette (£8.3m) has managed seven league goals for Arsenal and his brace away at West Brom in Gameweek 17 made it four goals and 27 FPL points accrued over the course of the last three gameweeks.

The Arsenal striker will be hoping he can continue this hot streak in Gameweek 18, with the Gunners going up against Crystal Palace at the Emirates Stadium. Everton travel to Wolves, a tougher matchup on paper, although Richarlison has a good record against Nuno Espirito Santo's side with four goals against them since their promotion to the Premier League. Despite that, we're still edging towards Lacazette in this head-to-head. He has the form, the fixture and we're backing him to continue his recent scoring run, bringing home a healthy amount of FPL points in the process.