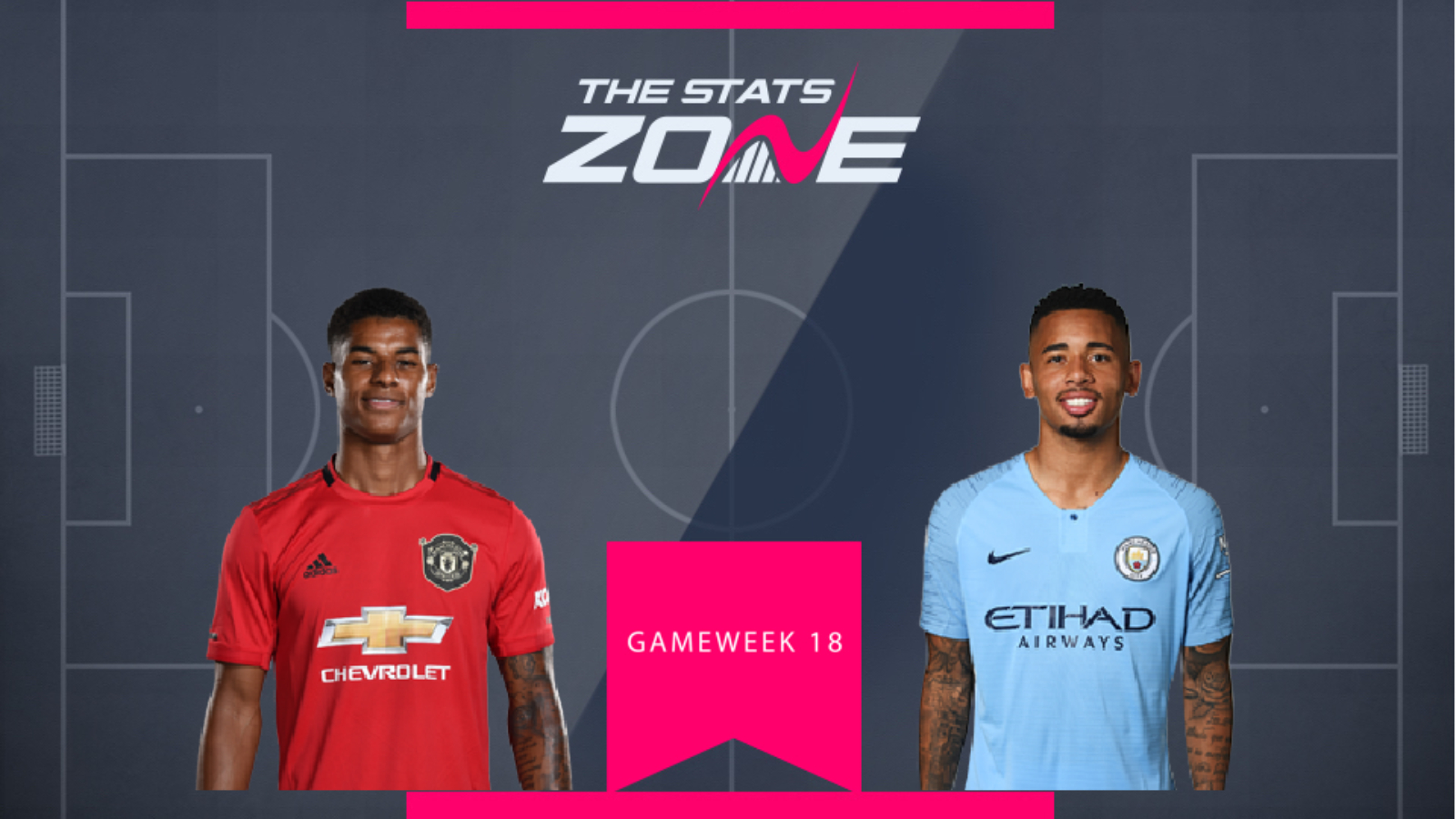 Gabriel Jesus (£9.6m) registered a single assist in Man City's 0-3 demolition of Arsenal at the Emirates Stadium. The City forward will perhaps be disappointed not to score following his Champions League hat-trick in midweek but it was still a good performance from the Brazilian, who has accrued 22 FPL points in his last four gameweeks.

Gameweek 18 sees Man Utd travel to rock-bottom Watford, whilst Man City host 2nd-placed Leicester. The fixtures and respective prices of these two players sees this as an easy choice. Facing a Watford side in poor form and with United having scored 13 goals in their last six matches, it's a no brainer to pick Rashford here. 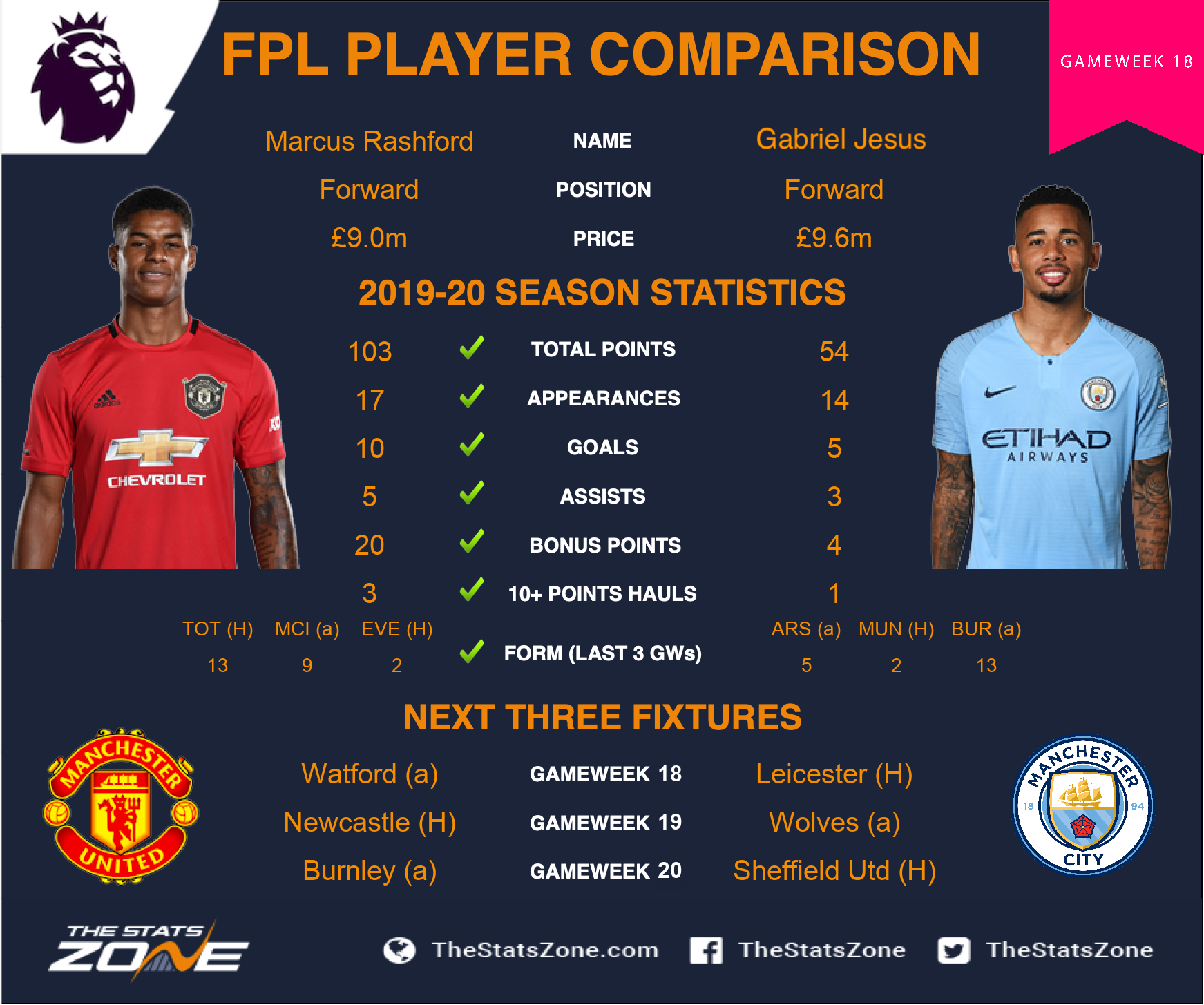