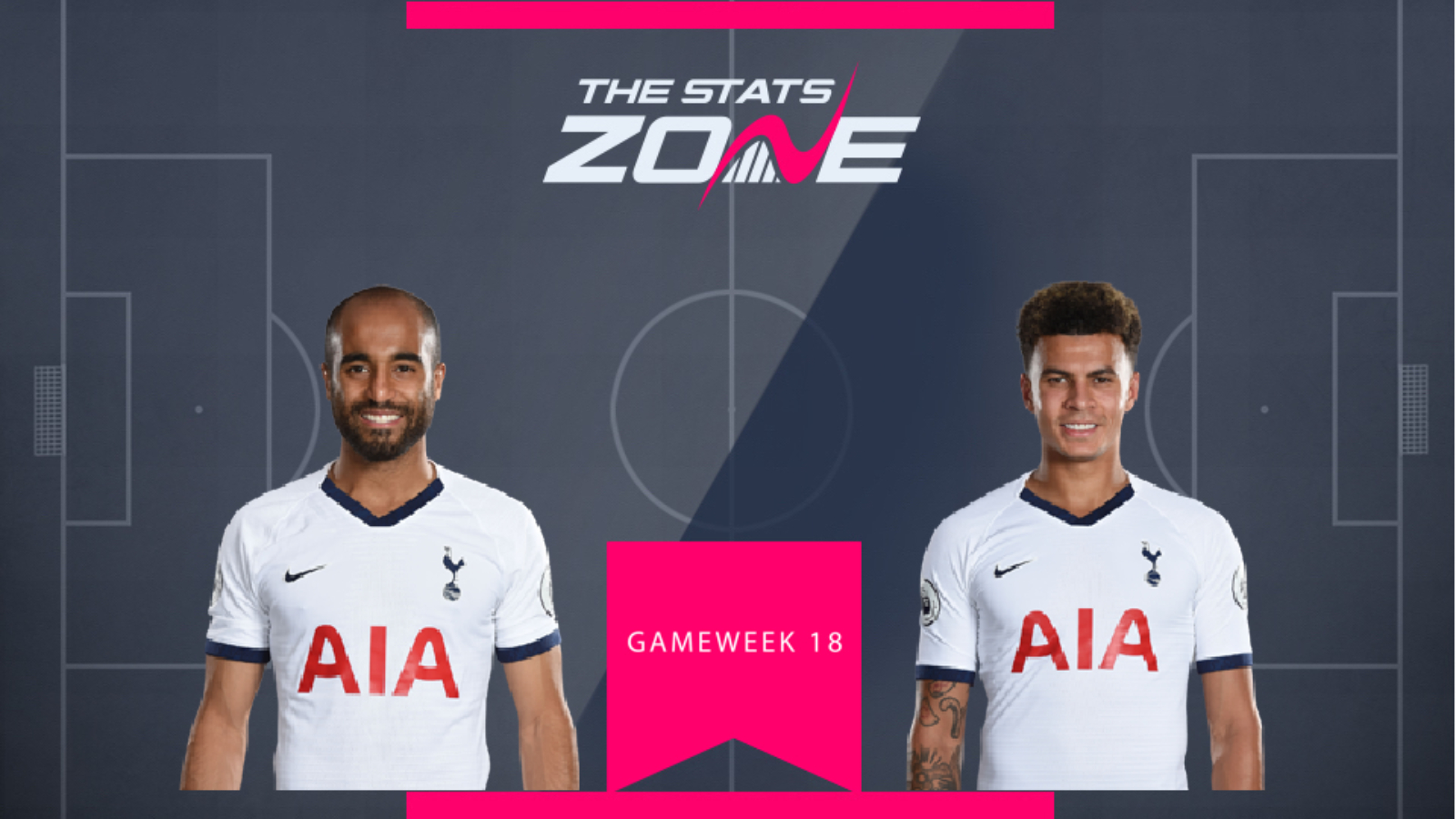 All Spurs midfielders have enjoyed a renaissance in form under the management of Jose Mourinho. The latest of those being Brazilian Lucas Moura (£7.0m), who scored his second goal in as many games against Wolves in Gameweek 17. Owned by only 4.2% of FPL managers, Moura continues to go under the radar as FPL managers prefer to bring in the other Spurs man we are focusing on in this head-to-head.

Coming into Gameweek 17, Dele Alli (£8.7m) had registered three goals and three assists in the four games he had played under Mourinho. The match against Wolves was the first time that Alli had failed to register an attacking return in the league under "The Special One".

Gameweek 18 sees Spurs return home to face rivals Chelsea in a crunch London derby. Both Moura and Alli are set to start the game and each will be looking to add to their recent good form. Whilst Moura is the cheaper of the two, his game time is not as guaranteed, having been subbed off during every league start under Mourinho this season. With Alli looking far more likely to play 90 minutes, and the tendency of these games to open up as it progresses, we're tipping him to pick up more FPL points from the fixture than Moura. 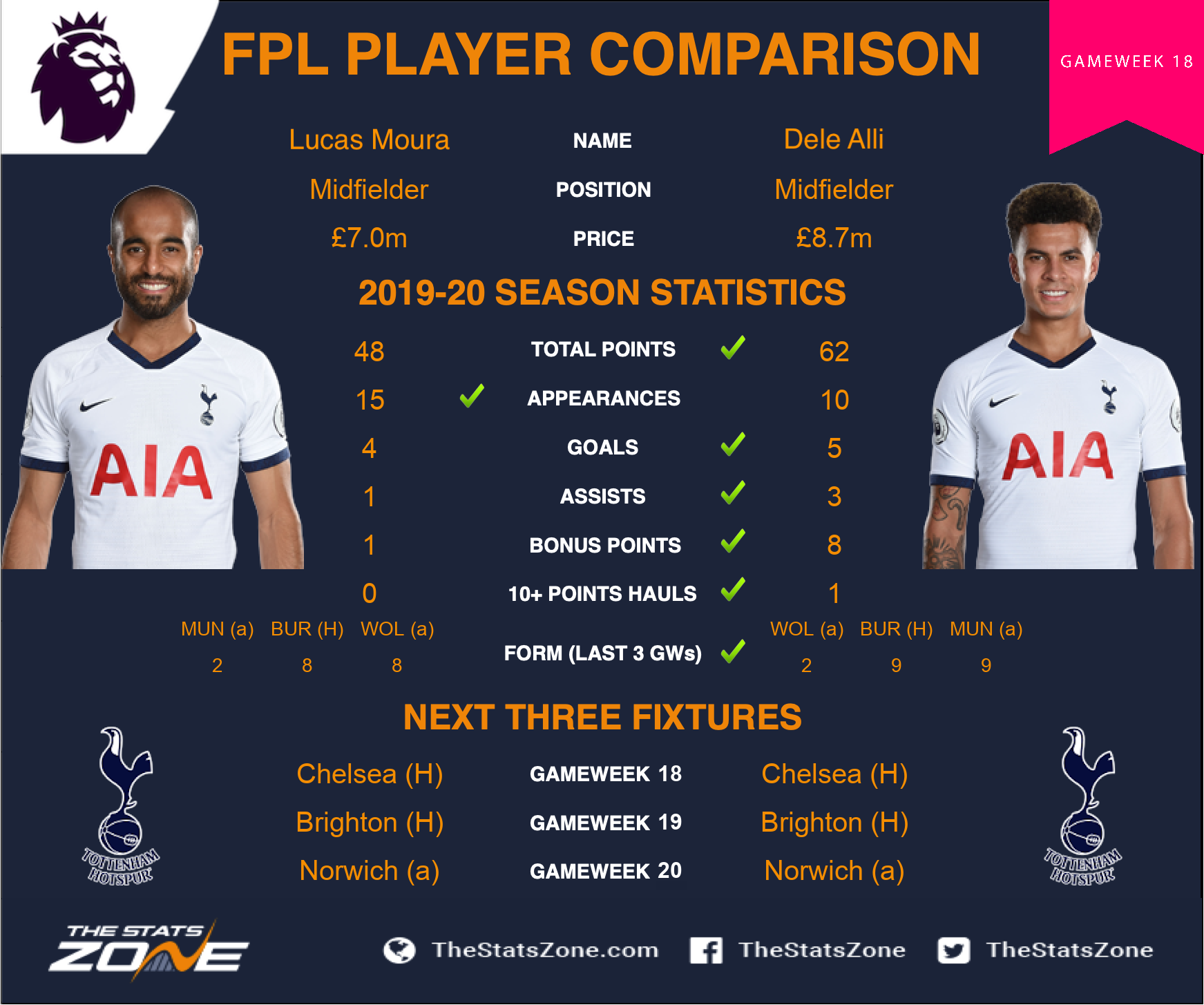