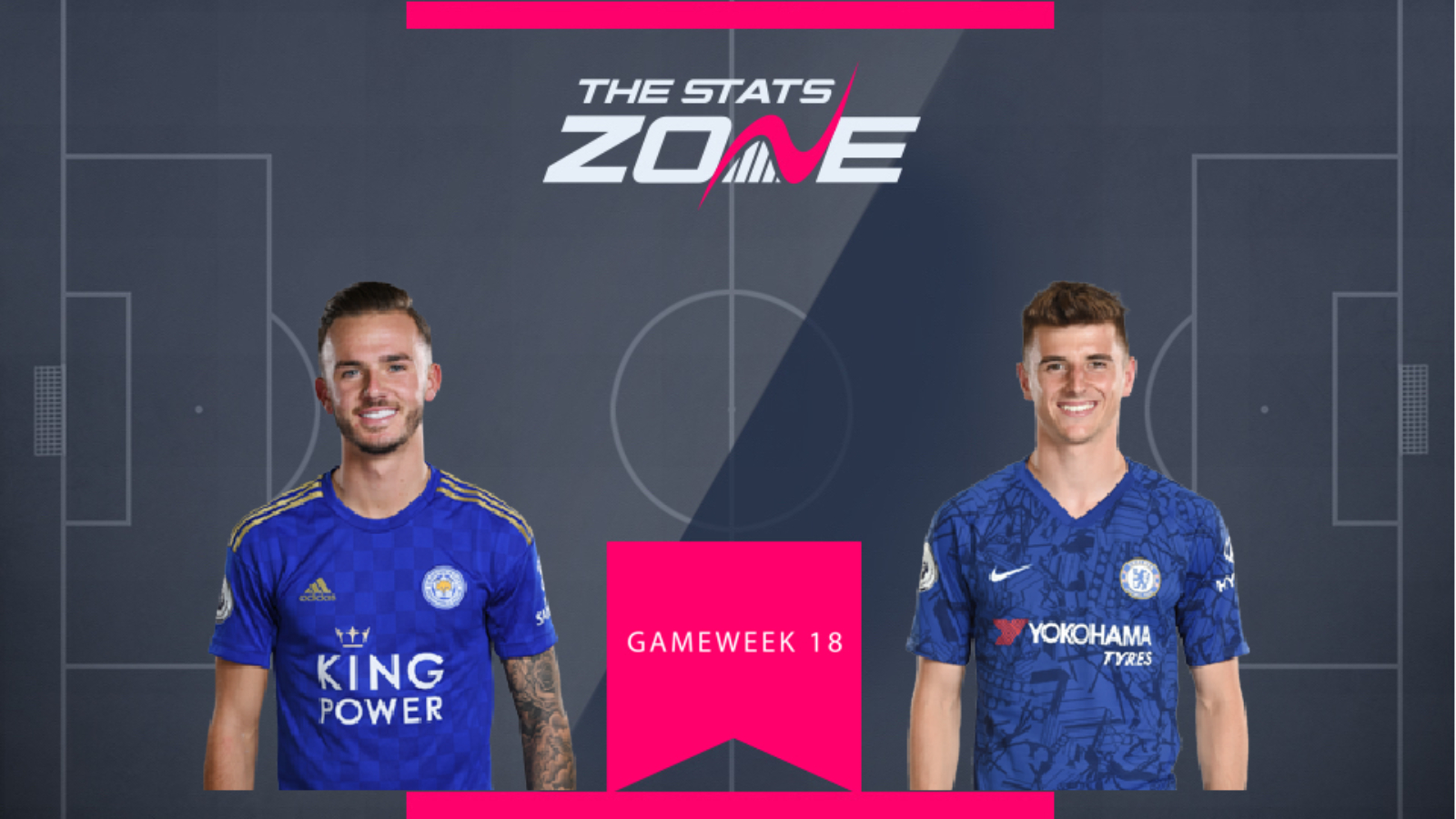 After one goal and two assists in his last two league games leading up to Gameweek 17, Leicester’s James Maddison (£7.8m) failed to register an attacking return against Norwich, only picking up two points in a 1-1 draw for the Foxes. Also failing to return from an attacking perspective in Gameweek 17 was Mason Mount (£6.5m) who is seeing his ownership dwindle by the week after his fast start to the season led to many FPL managers bringing him into their sides.

Gameweek 18 sees both players face tricky away trips, Maddison faces Man City at the Etihad Stadium and Mount’s Chelsea are away at Spurs. Despite being £1.3m more expensive, Maddison has proven himself against the top teams so far this season. He scored away at Anfield against Liverpool and also scored at home to Spurs. Against a shaky Man City defence who have only kept three clean sheets at home in the league this season, Maddison has a good chance of registering some form of attacking return, even if Leicester don’t go on to win the game. 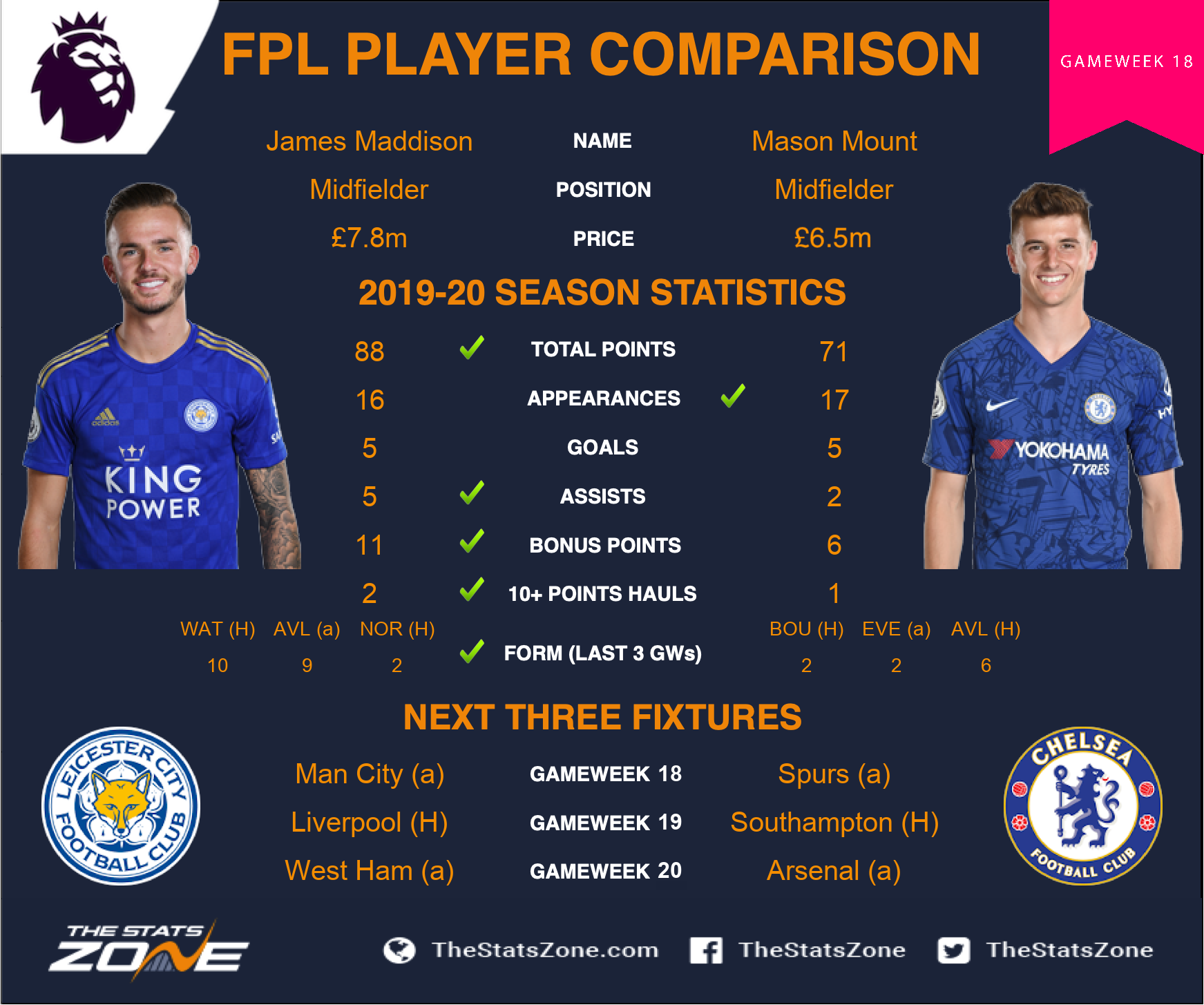