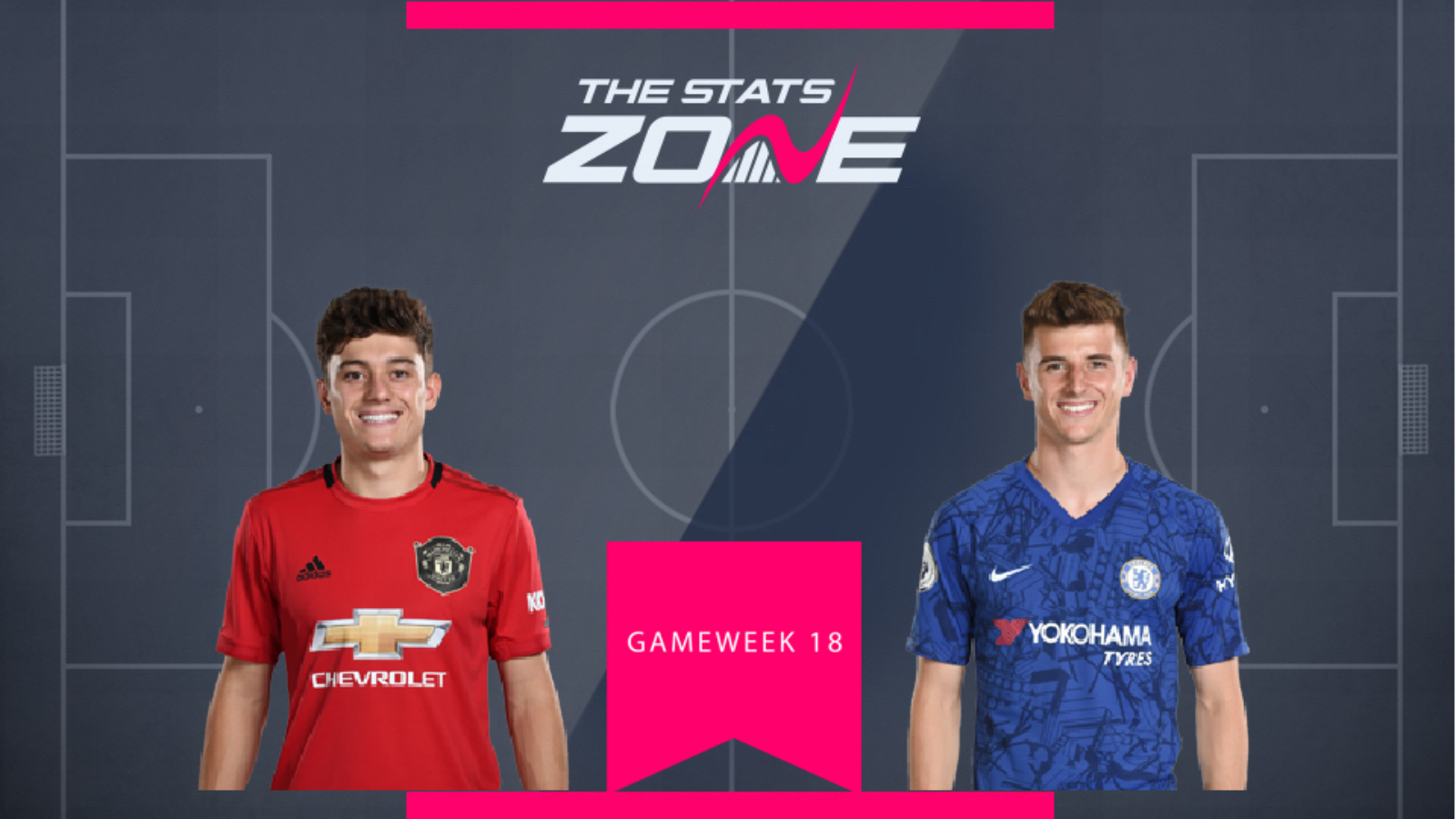 Man Utd's Daniel James (£6.1m) picked up his second assist in successive gameweeks at home to Everton last weekend, but after scoring three goals in the first four gameweeks of the season, hasn't found the net in the league since for the Red Devils. Like James, Chelsea's Mason Mount (£6.5m) started the season well, but has gone through a rough patch of late. He only has one goal in his last seven gameweeks with no assists in that time either.

At a cheaper price than Mount and with Man Utd's next games seeing them travel to rock-bottom Watford, James represents a higher value purchase than Mount for your FPL teams. Mount faces a resurgent Spurs in a big London derby at the Tottenham Hotspur Stadium. He may not even start the game should Chelsea boss Frank Lampard wish to play three central midfielders. This makes James the clear standout choice here. 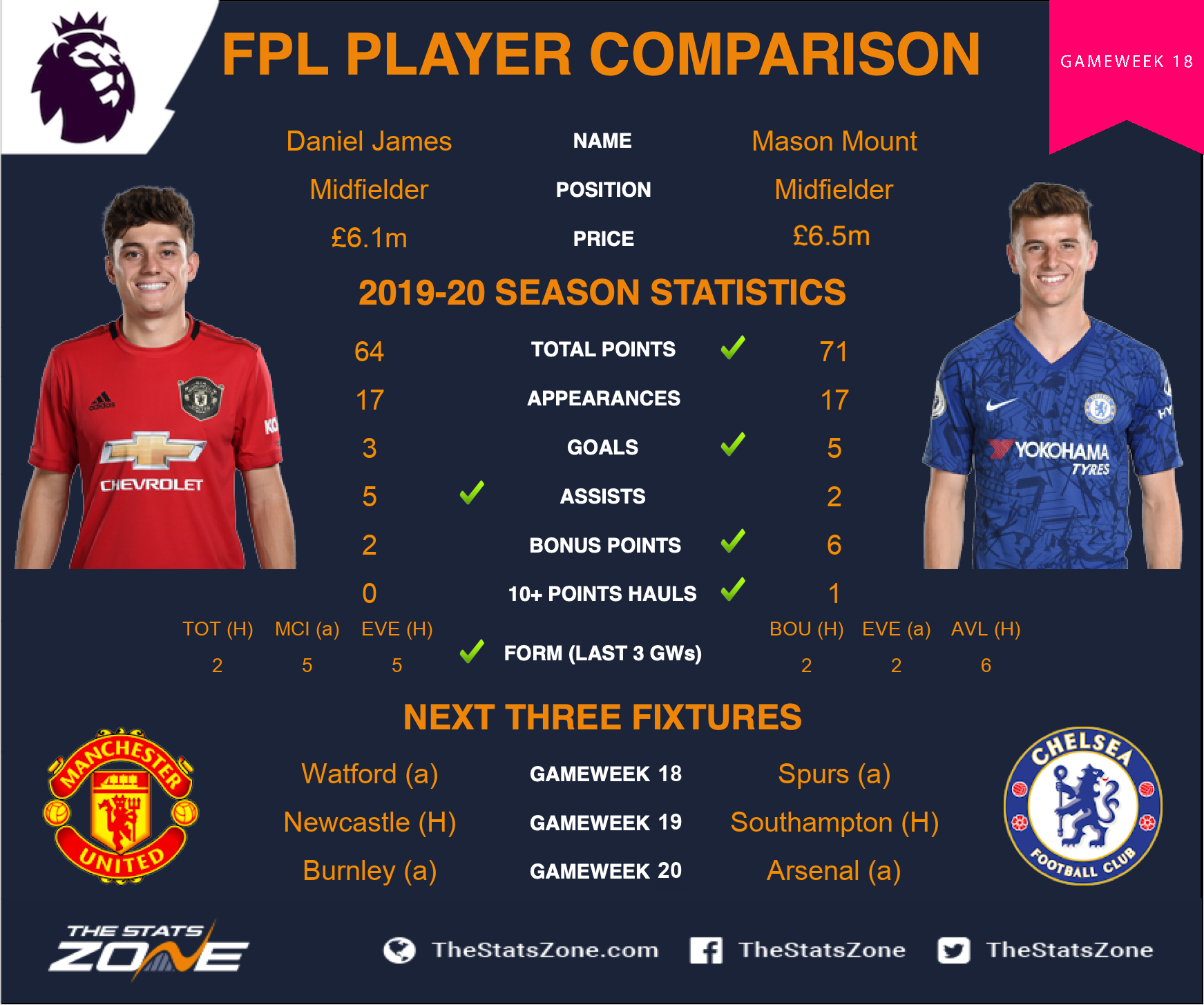