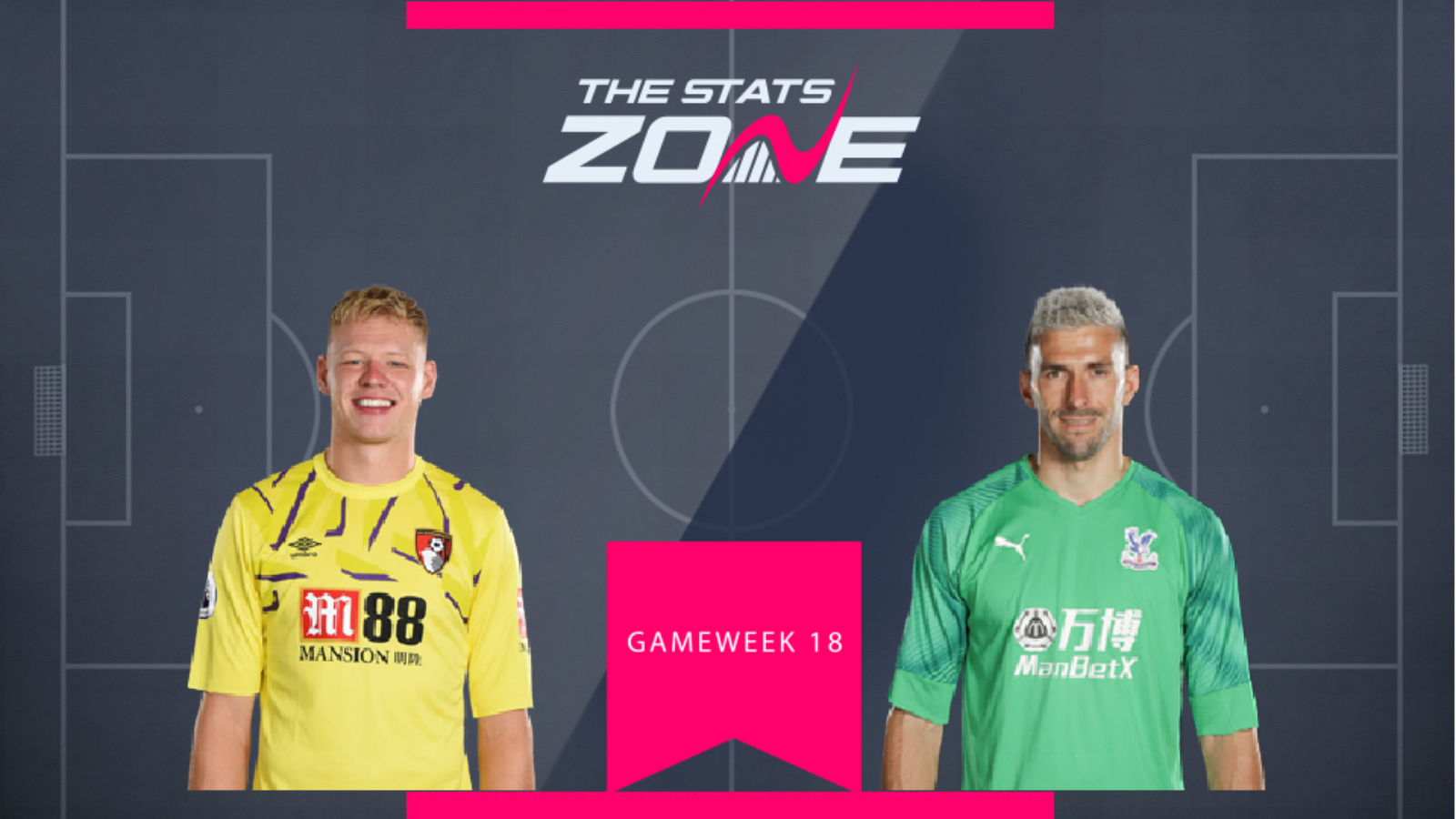 After failing to keep a clean sheet in his last five gameweeks, Aaron Ramsdale (£4.6m) jumped back on the horse in a big way when he successfully kept Chelsea at bay in Gameweek 17 as Bournemouth shocked the Blues with a 0-1 win at Stamford Bridge. Five saves and three bonus points gave him 10 FPL points overall to take him back to joint top on the list of highest scoring FPL keepers this season.

Whilst Crystal Palace's Vicente Guaita (£5.1m) may have conceded a goal for the first time since Gameweek 13 at home to Brighton on Monday night, the Eagles stopper still racked up an impressive nine saves from the match, giving him an overall score of 8 FPL points following the awarding of three bonus points. Guaita has now gained a minimum of 8 FPL points in his last four gameweeks and 34 points overall.

Bournemouth host Burnley in Gameweek 18, whilst Palace travel to Newcastle. It remains to be seen whether the Cherries' victory at Chelsea was a flash in the pan, but Burnley have only failed to score in two of their eight away matches this season. With Palace's defence having proven it's consistency and Guaita having shown that, even if he doesn't keep a clean sheet, he'll still rack up the save points, it's the Crystal Palace keeper we'd edge towards in this head-to-head. 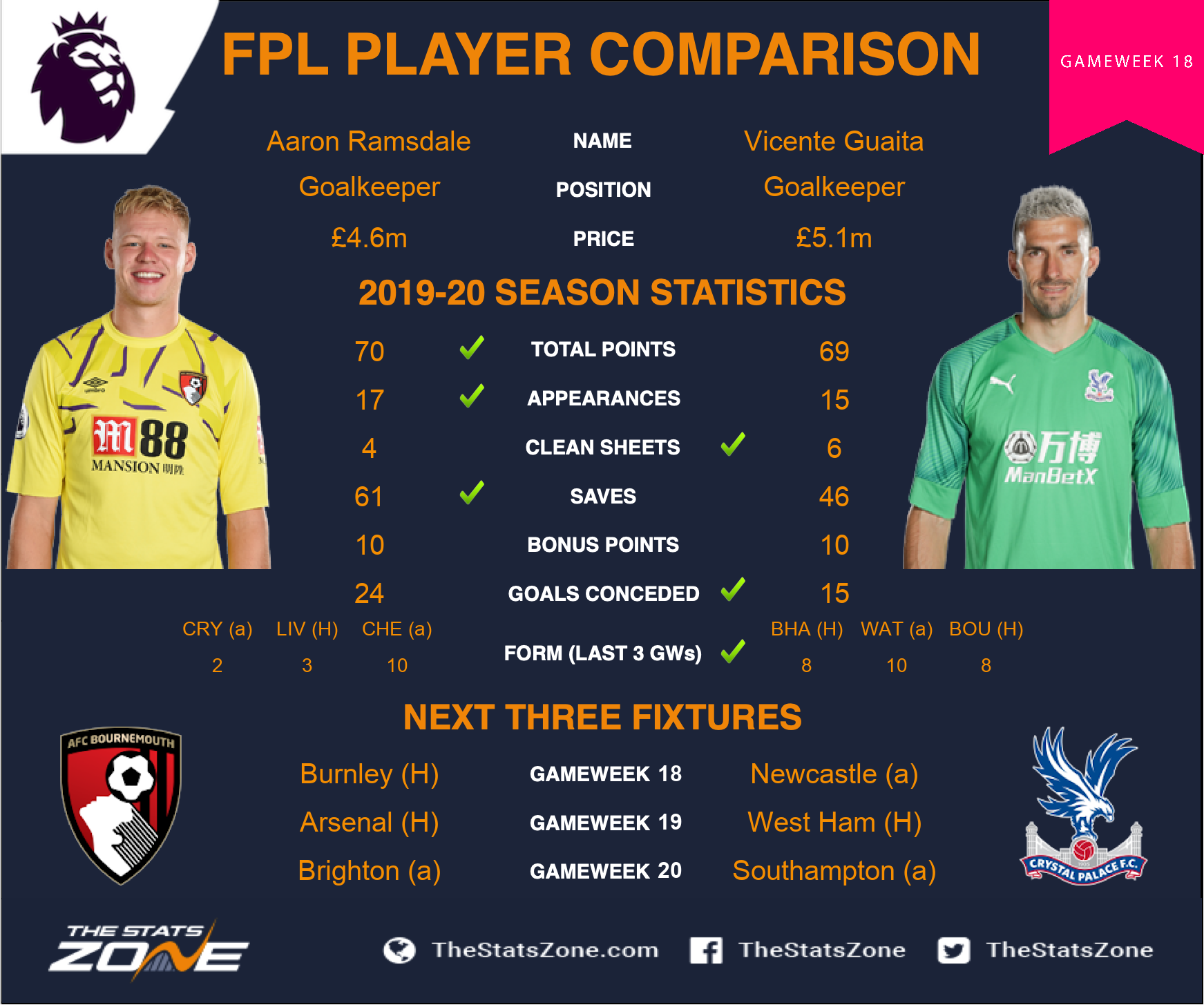