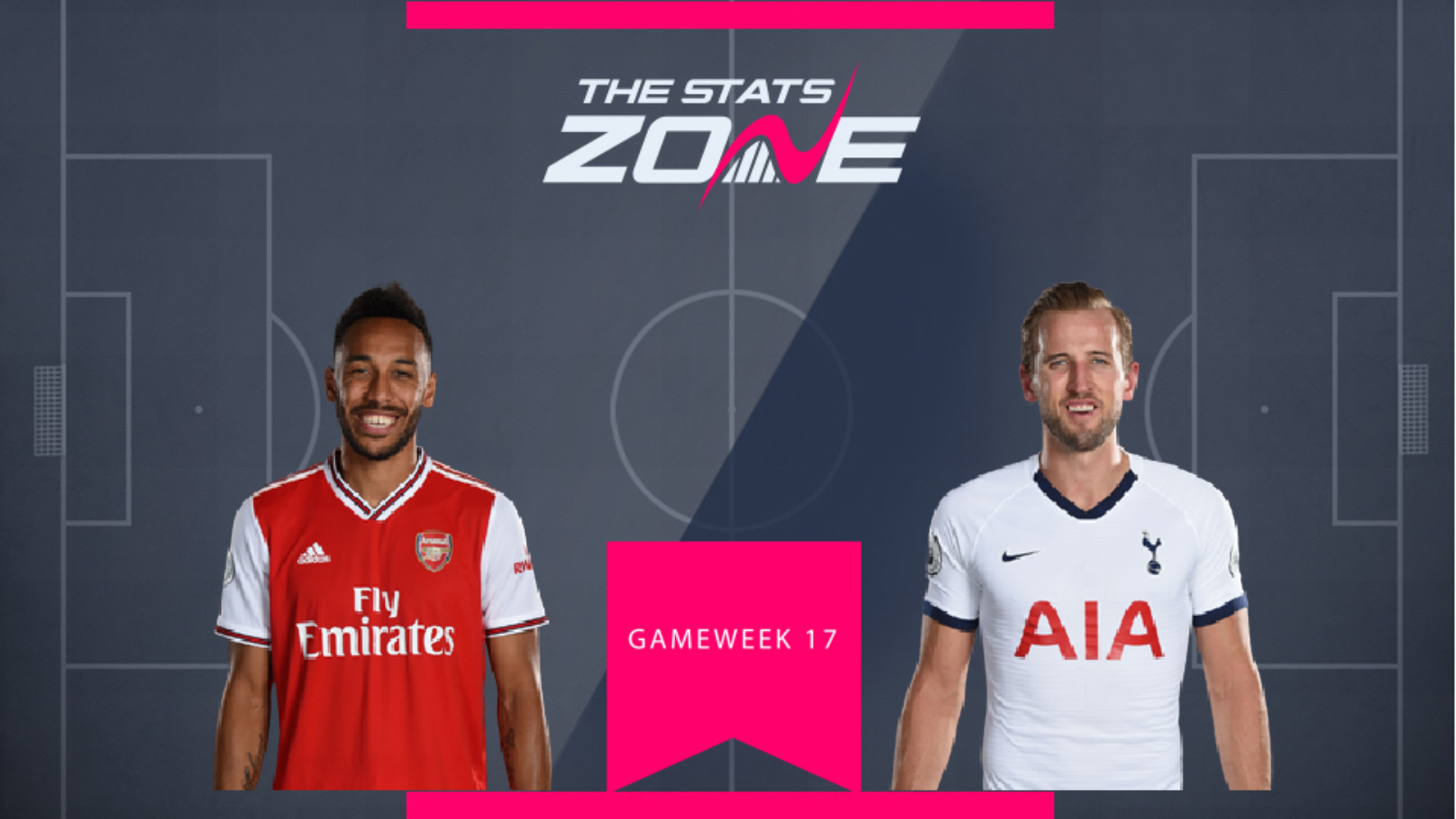 Both North London forwards had a successful Gameweek 16 and provided lucrative returns for their respective owners. Arsenal captain Pierre-Emerick Aubameyang (£10.9m) assisted and scored in the Gunners' 1-3 win away at West Ham. Harry Kane (£10.9m) went one step further, scoring two goals and recording one assist in Spurs' 5-0 win at home to Burnley.

Aubameyang has proven to be far more consistent than Kane over the course of the season. The Gabon international has accumulated 32 FPL points from his last four gameweeks, whilst Kane only gained 26 with 16 of those coming in a single gameweek. Gameweek 17 sees Arsenal at home to a Man City side who haven't kept a clean sheet since Gameweek 10. Spurs travel to Molineux to face Wolves, who are unbeaten in their last 11 league games. The two fixtures on paper tip the scales towards Aubameyang outscoring Kane, with Man City's dodgy defence worth taking on. 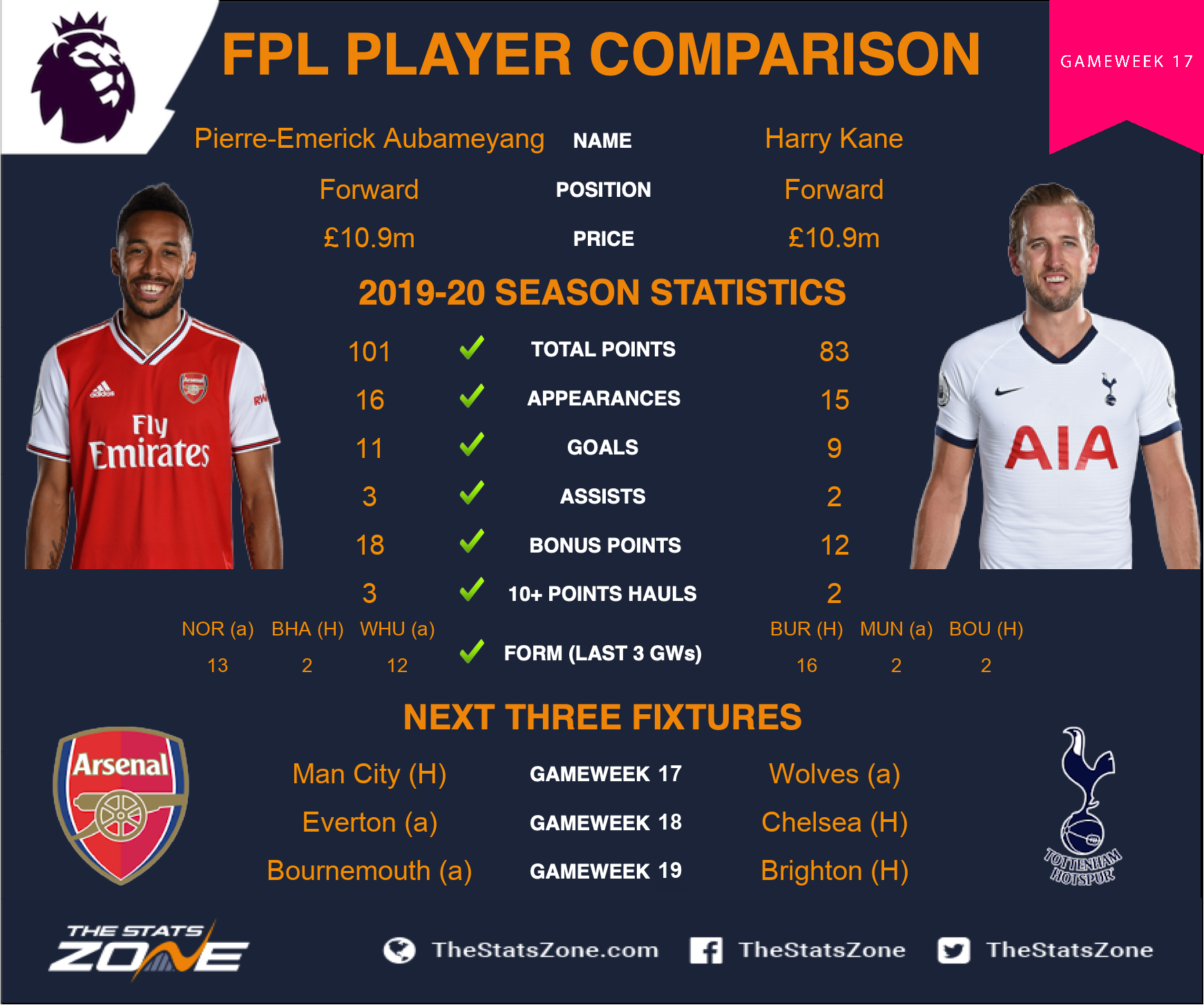