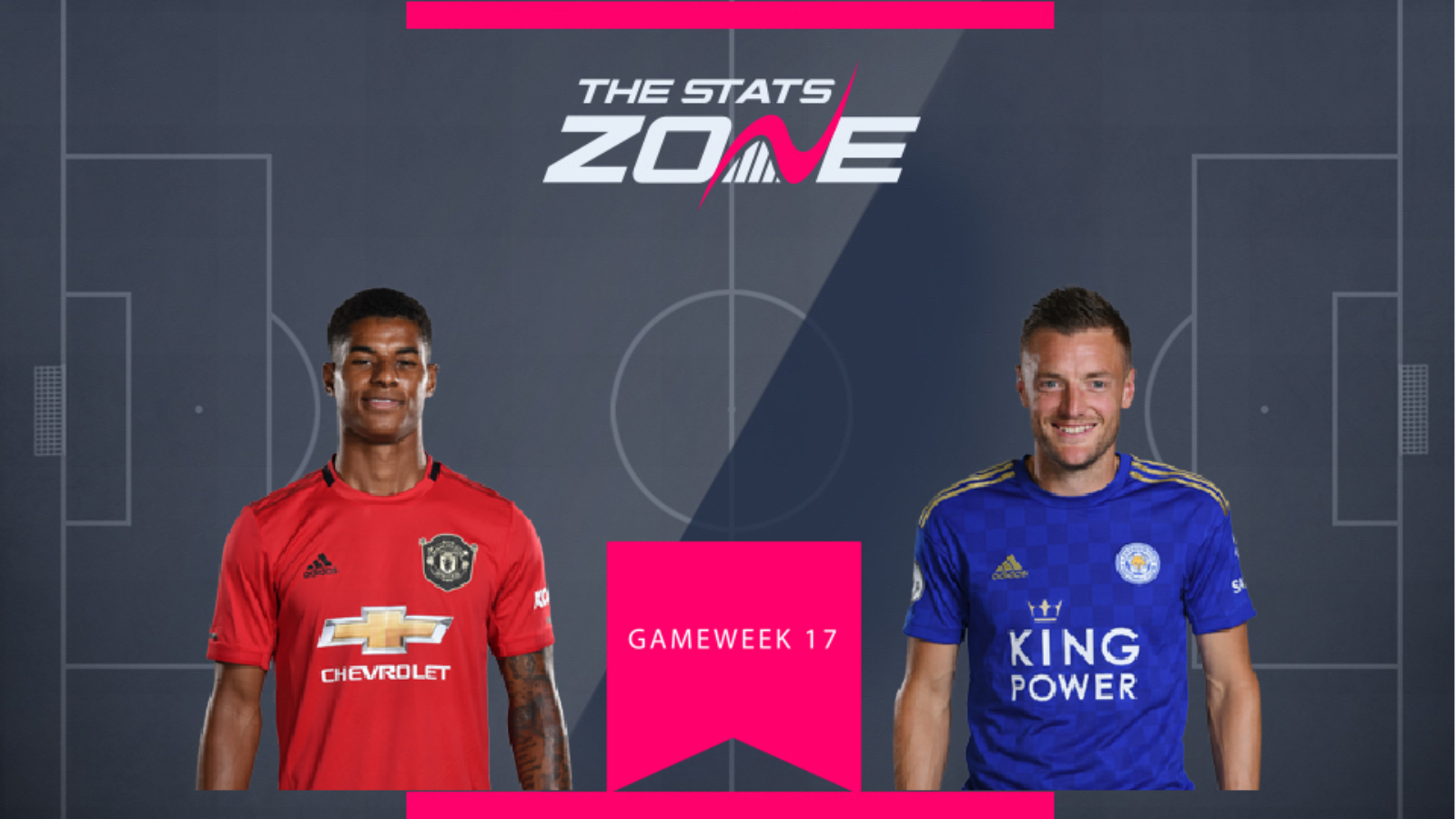 Man Utd had a Gameweek 16 to remember after tasting derby day success away at local rivals Man City. The match saw forward Marcus Rashford (£8.9m) continue his recent purple patch in front of goal, scoring his second penalty in as many gameweeks to earn 9 FPL points from the match. Rashford now has five goals and two assists in his last five gameweeks, accruing a total of 43 FPL points. Still, such a record can't beat the irresistible recent run of Jamie Vardy (£10.1m), the Leicester striker has gained 48 FPL points in the same period of time with six goals and two assists in those games. In fact the Leicester striker has scored in his last eight successive Premier League games.

Both forwards have home fixtures in Gameweek 17, Vardy's Leicester against Norwich and Rashford's Man Utd against Everton. Both Rashford and Vardy seem nailed on to score in these games, which means when deciding between the two players, both their price tags and differential value needs to be taken into account. Owned by 23.2% of owners compared to Vardy's 50.4% and at £1.1m cheaper, Rashford could well be the smart choice here. Assuming both players were to score, should Rashford outscore Vardy, it could do wonders for your rank if you wish to make up ground on your mini league rivals. 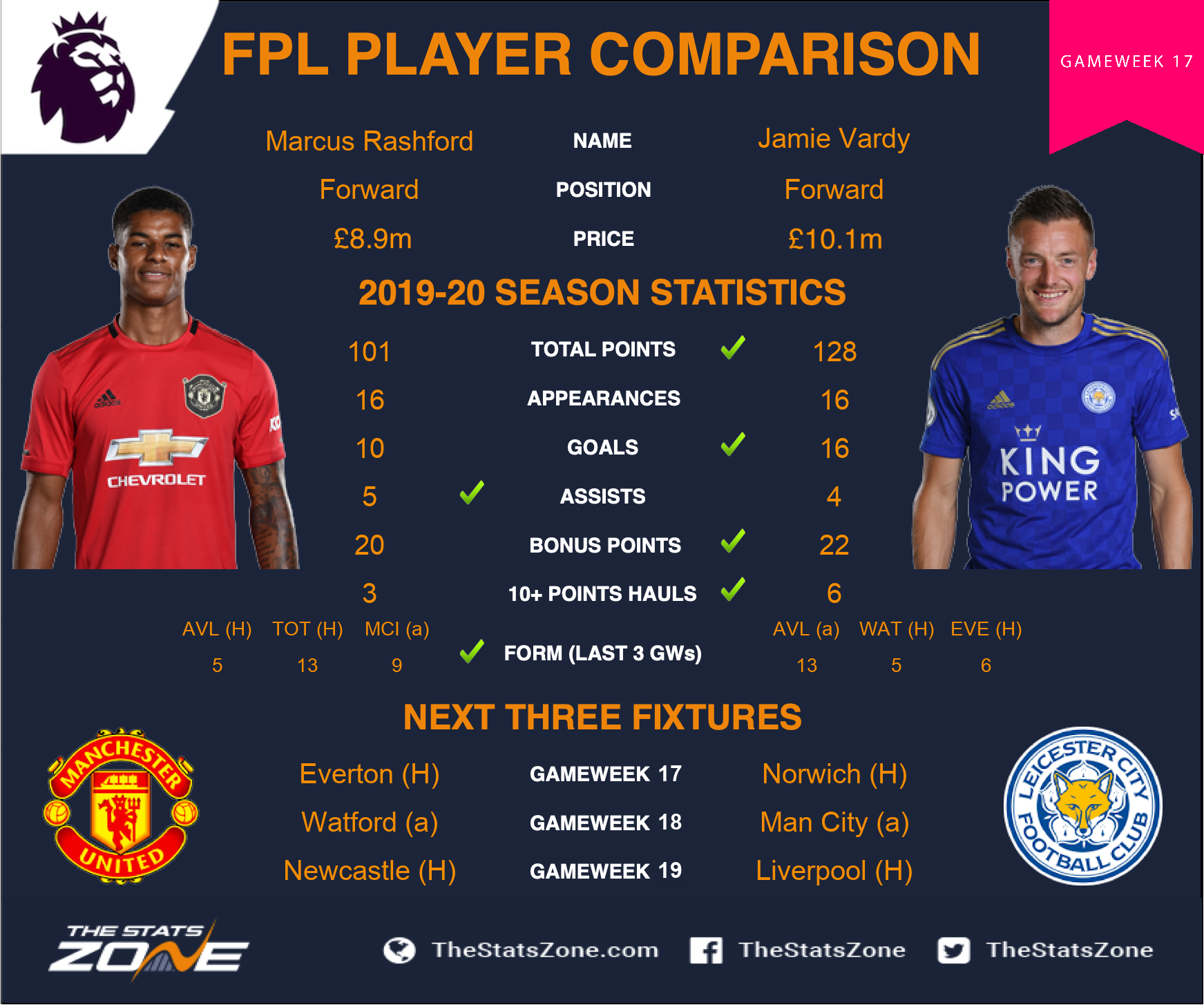