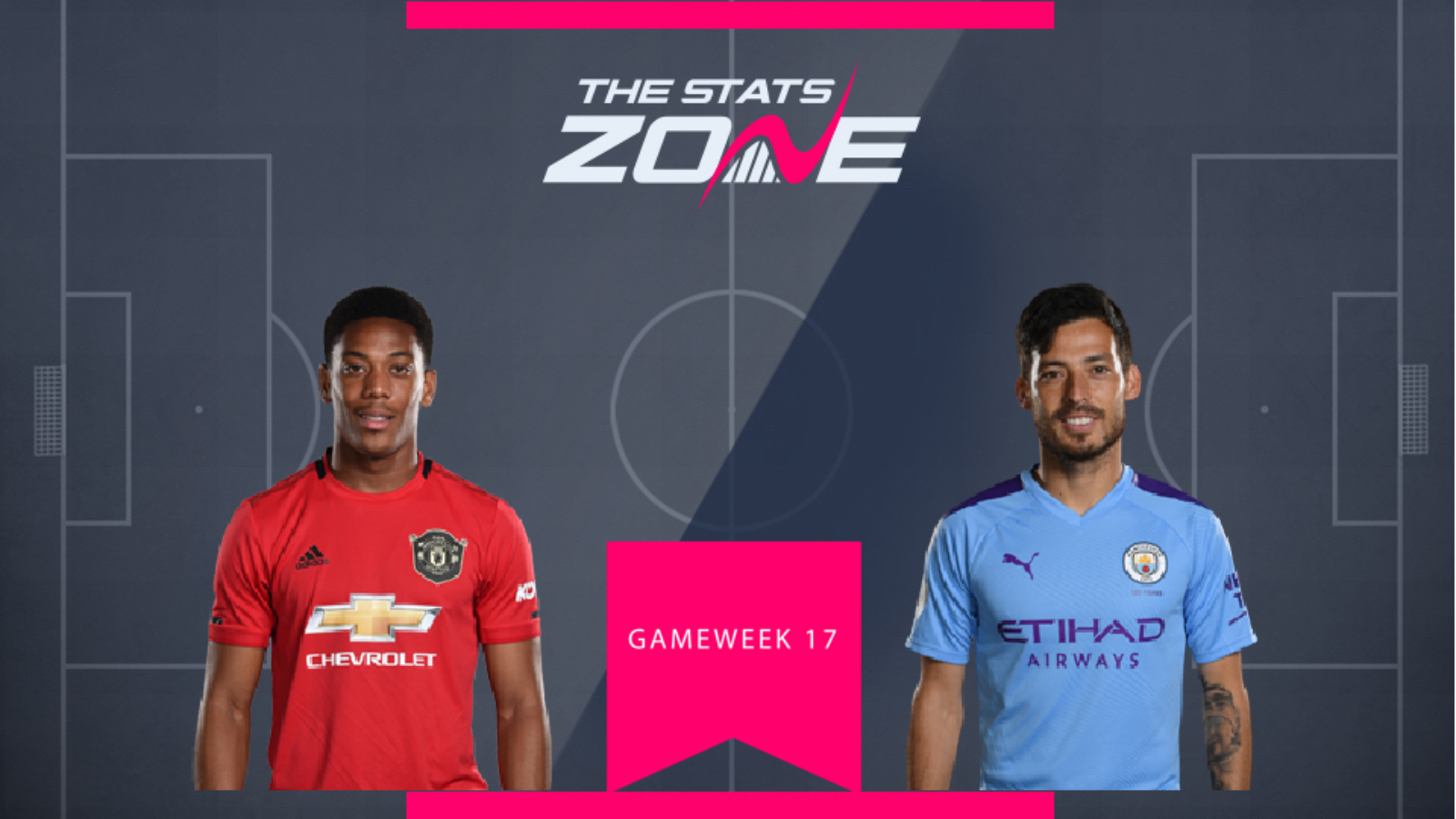 After a couple of quiet gameweeks for the Man Utd midfielder deployed as a central forward under manager Ole Gunnar Solskjaer, Anthony Martial (£7.6m) made a massive impact on derby day. Shaking off a knock to start the game, the Frenchman got himself on the scoresheet in a 1-2 victory for the Red Devils. Martial now has a goal and two assists in his last four league starts.

David Silva (£7.6m) failed to register an attacking return from midfield for Man City in the same match, although before then he had recorded three assists from his last two league games. However, Silva has picked up a knock and is a doubt for Gameweek 17 where City travel to Arsenal. Add this to Man Utd being at home to lowly Everton and the safe bet from these two midfielders is to go with the Frenchman. 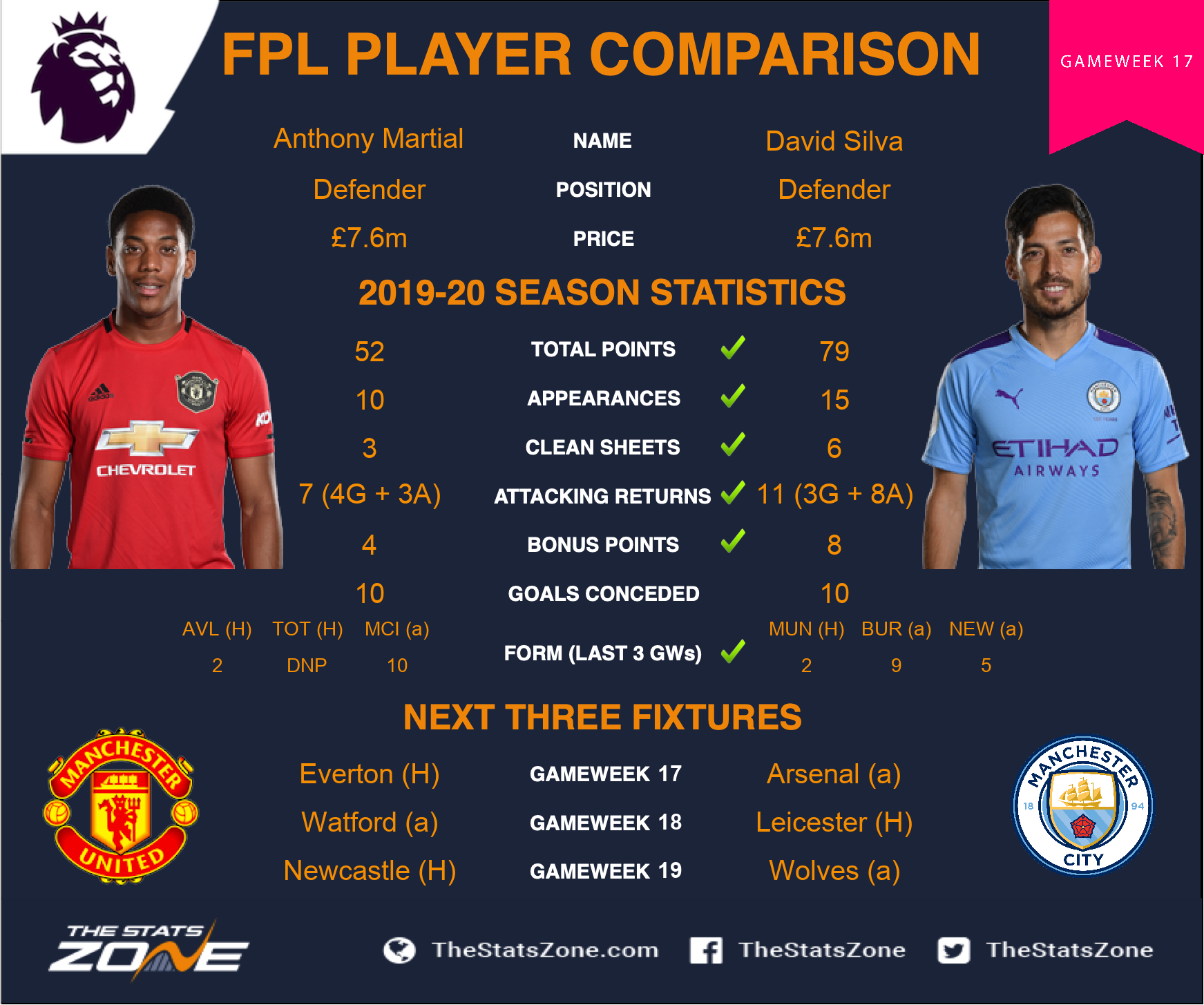