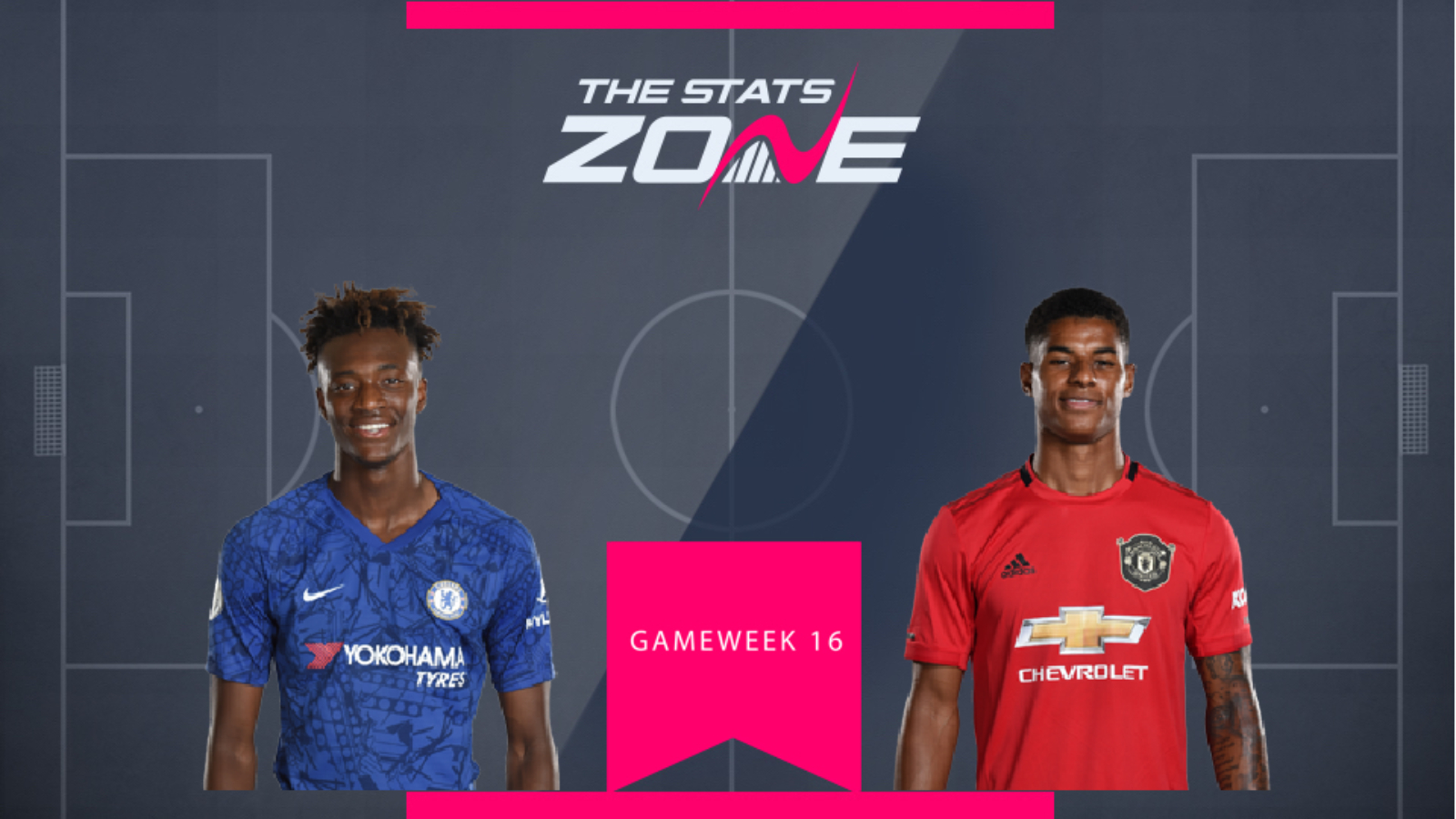 Chelsea forward Tammy Abraham (£7.9m) recovered from a hip injury in time to face former club Aston Villa in Gameweek 15. The injury had kept the England international out of Gameweek 14, but Abraham returned to the fold in style, scoring and providing an assist to earn 12 FPL points in a 2-1 win for the Blues. He now has 11 Premier League goals this season.

Man Utd's Marcus Rashford (£8.8m) continued his fantastic run of form leading the line for the Red Devils, scoring twice in a 2-1 win against Spurs and proving a point to his old manager Jose Mourinho. Rashford now has six goals and three assists in his last seven league games, earning 54 FPL points in that period.

Both forwards face away games in Gameweek 16. Abraham travels to a lowly and managerless Everton side who have dropped into the bottom three off the back of a 5-2 defeat at local rivals Liverpool. Rashford has the Manchester derby to contend with as Man Utd visit the Etihad Stadium to play a Man City side who haven't kept a clean sheet since Gameweek 10. With both players a strong bet to score, Abraham's cheaper price just gives him the edge for us in this one. 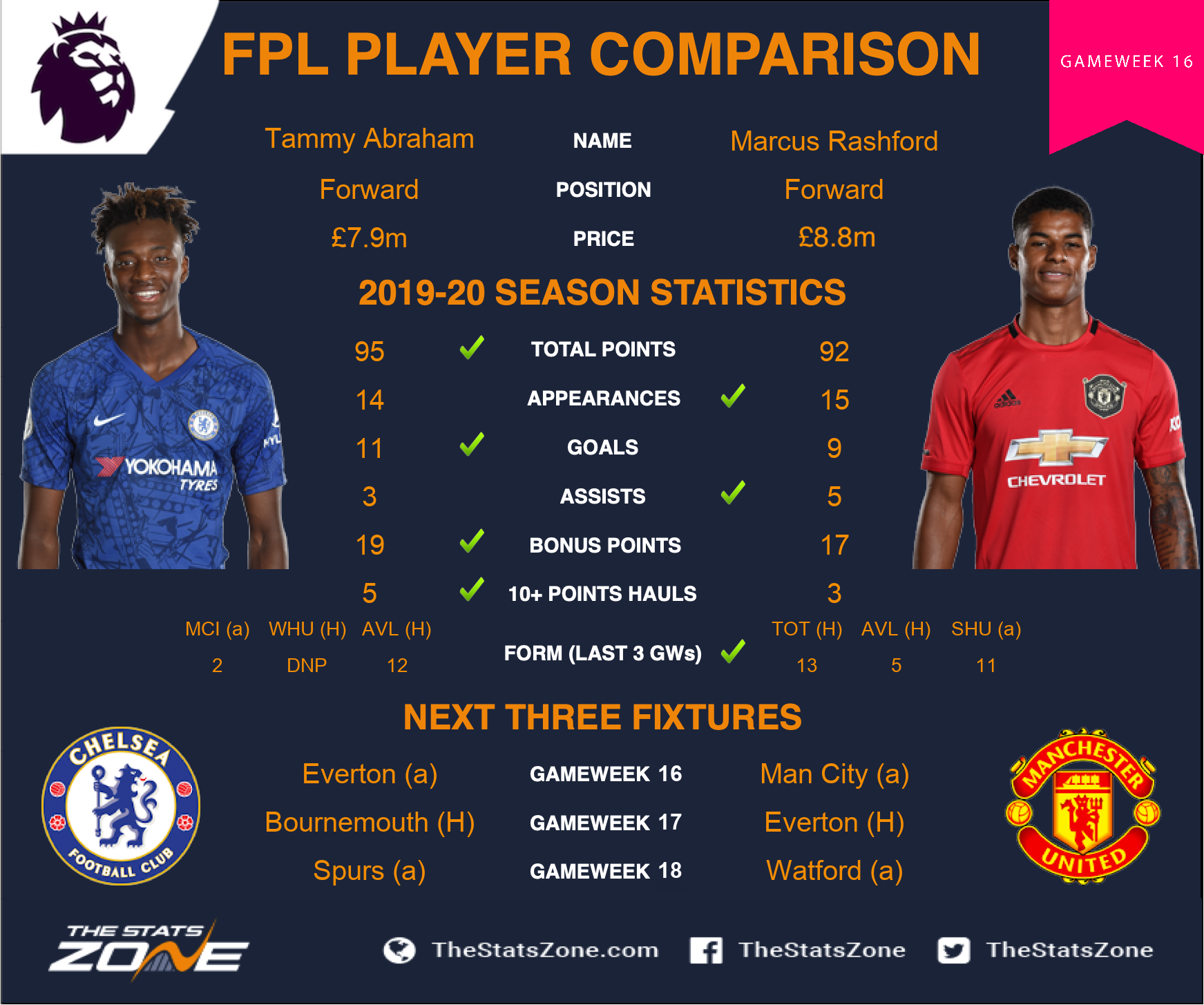