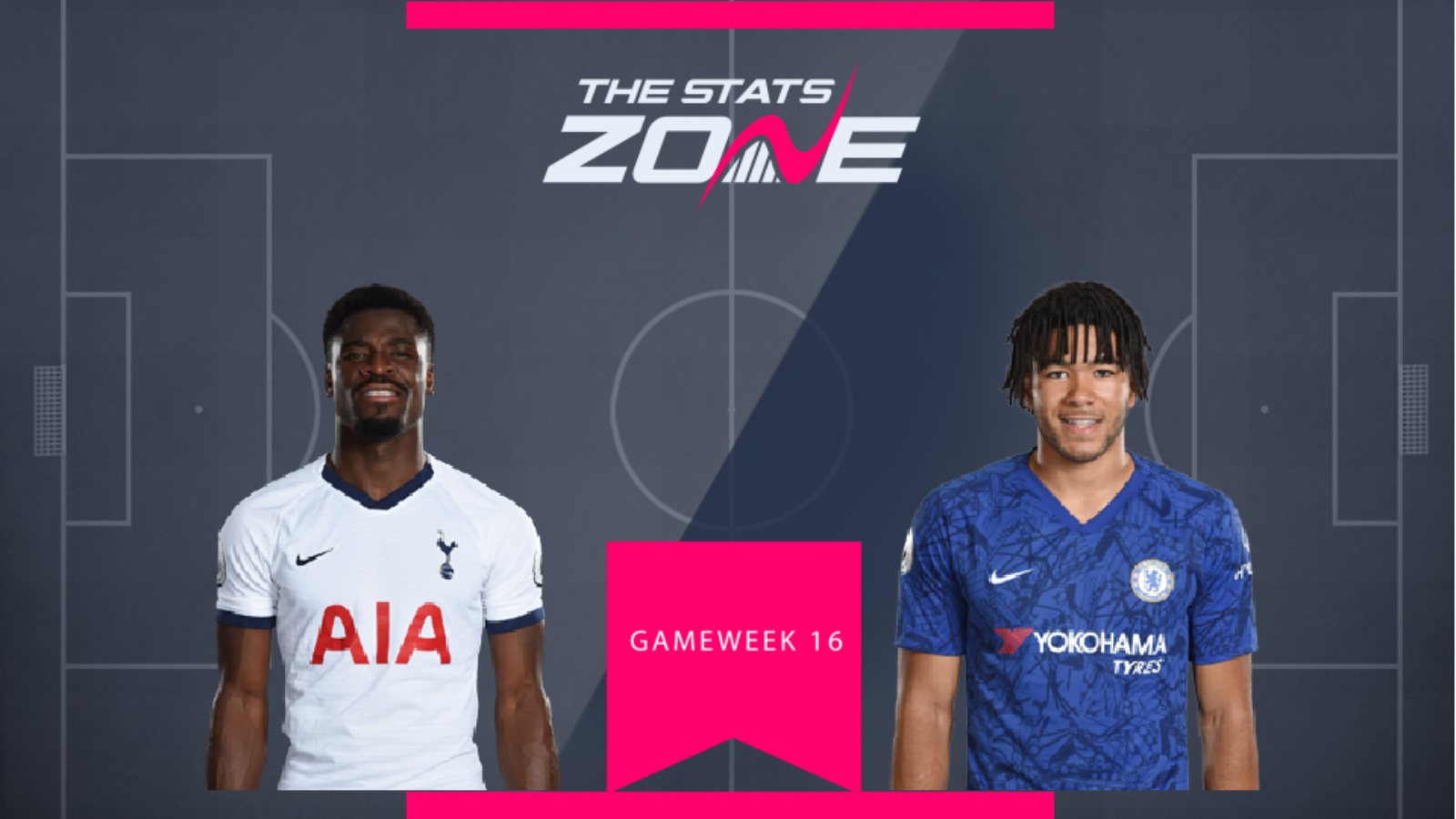 Despite being on the end of a 2-1 defeat away to Man Utd, Spurs right-back Serge Aurier (£4.9m) registered an assist and came out of the match with 5 FPL points. Since Jose Mourinho's arrival at Spurs, Aurier has registered two assists in three league games and accrued 10 FPL points from those three gameweeks.

Young Chelsea star Reece James (£5.0m) continued his recent run of starts with another impressive performance against Aston Villa in Gameweek 15, providing the cross for Tammy Abraham to head in the opening goal and earning a bonus point to give him 6 FPL points overall, despite the Chelsea defence failing to keep a clean sheet in the match. He has now started three of Chelsea's last four league matches.

Burnley at home provides Aurier's Gameweek 16 fixture and he'll be hoping to add to his recent spate of attacking returns with his first clean sheet as part of a Mourinho managed Spurs defence. James travels to Everton, who have sunk into the Premier League bottom three after a 5-2 battering at the hands of Liverpool. Both provide enticing options for FPL managers but Aurier gets the nod from us, simply as he appears a more likely bet to start, with James possibly more of a rotation risk with some big games coming up for Chelsea. 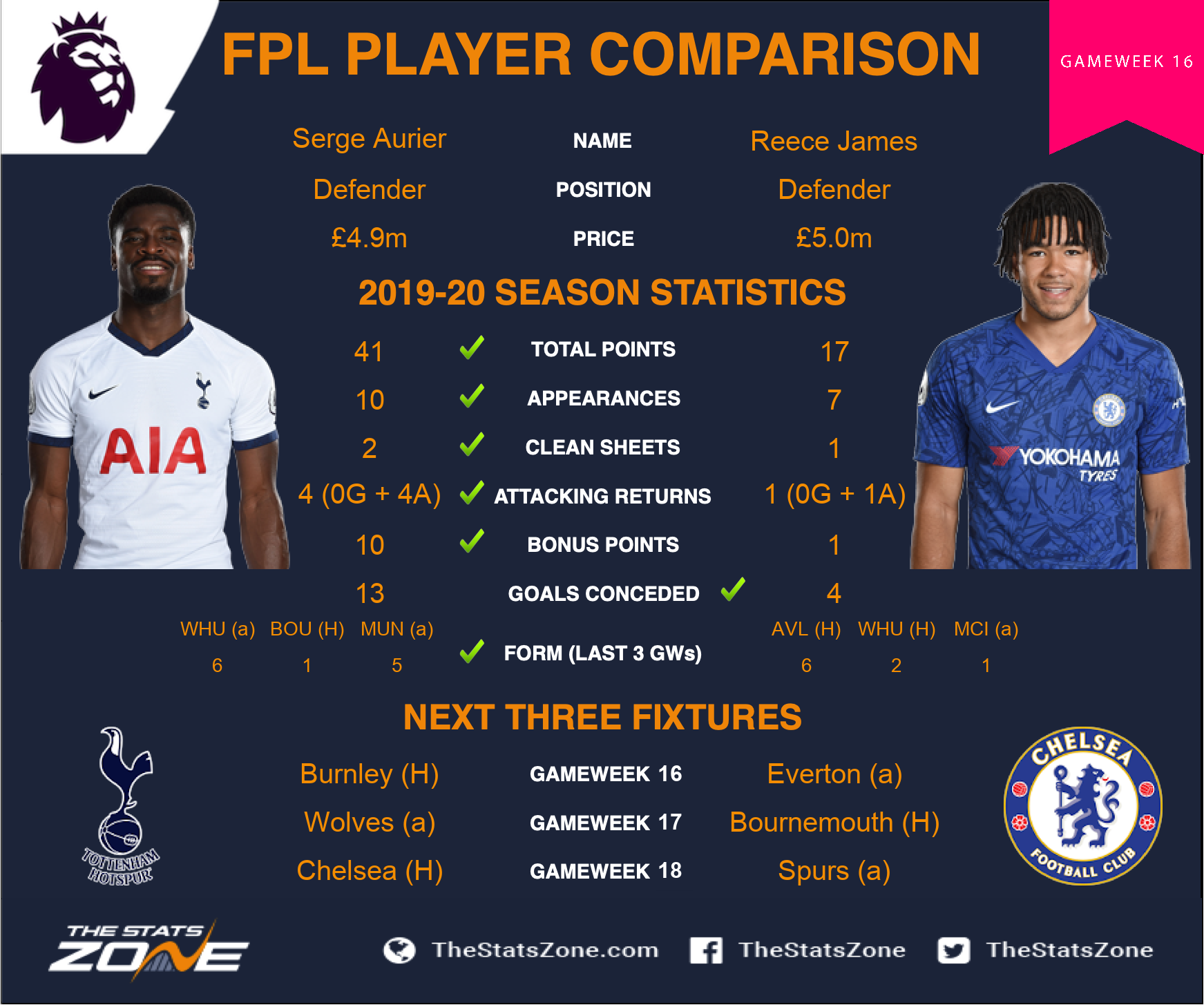