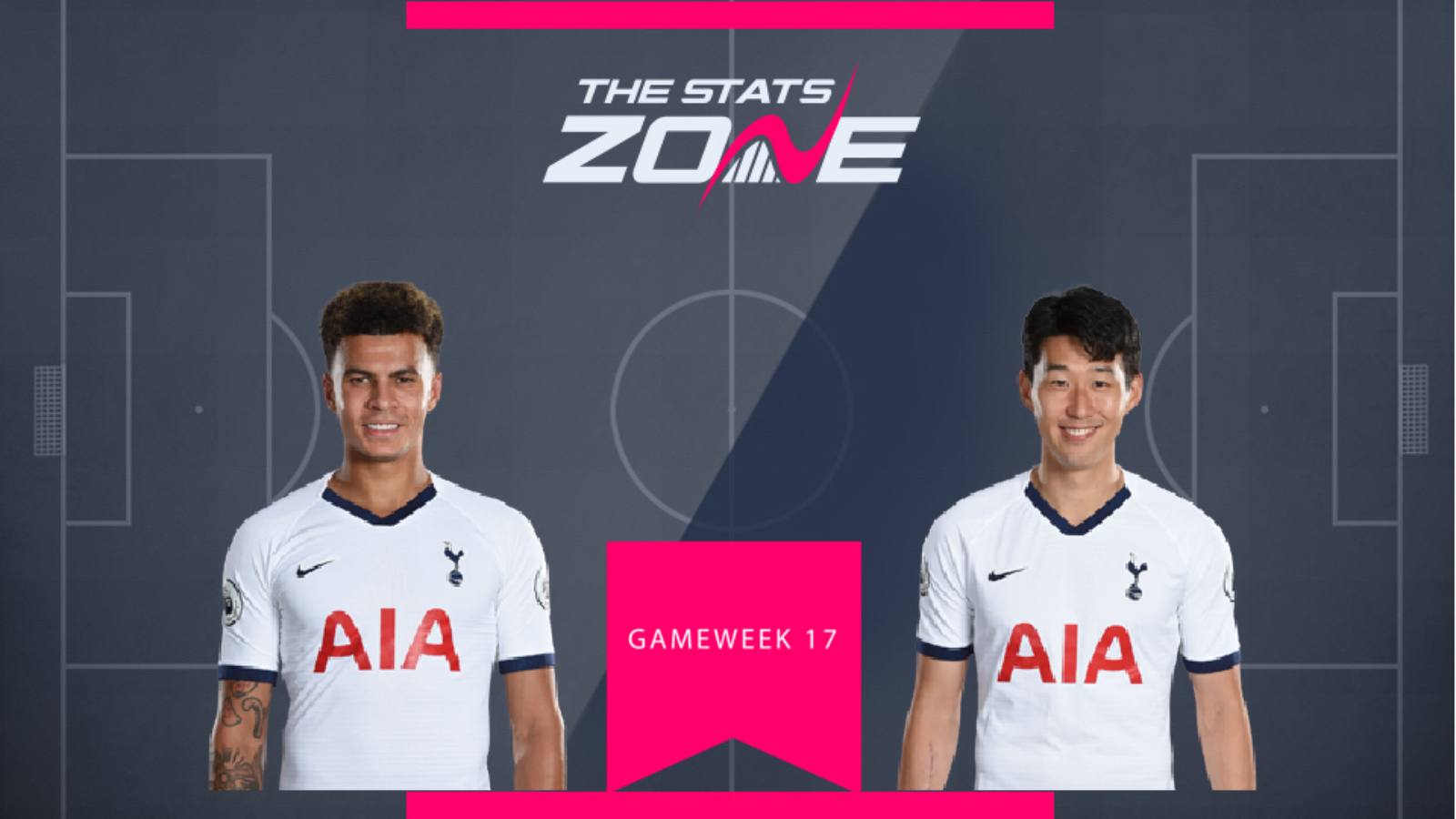 Spurs' attacking resurgence under Jose Mourinho continued in Gameweek 16 with a 5-0 win over Burnley. Dele Alli (£8.7m) recorded two assists to take his tally to three assists and three goals in four league games under Mourinho. Heung-Min Son (£10.0m) meanwhile grabbed both a goal and an assist to take his tally to two goals and four assists in the same four fixtures.

A tough game awaits Spurs in Gameweek 17 as they take on a Wolves side who are unbeaten in their last 11 league games. Neither player will find it easy to get on the scoresheet in this game, therefore if forced to choose one player for our team, we would recommend picking the cheaper of the two, which in this case is Alli by £1.3m. 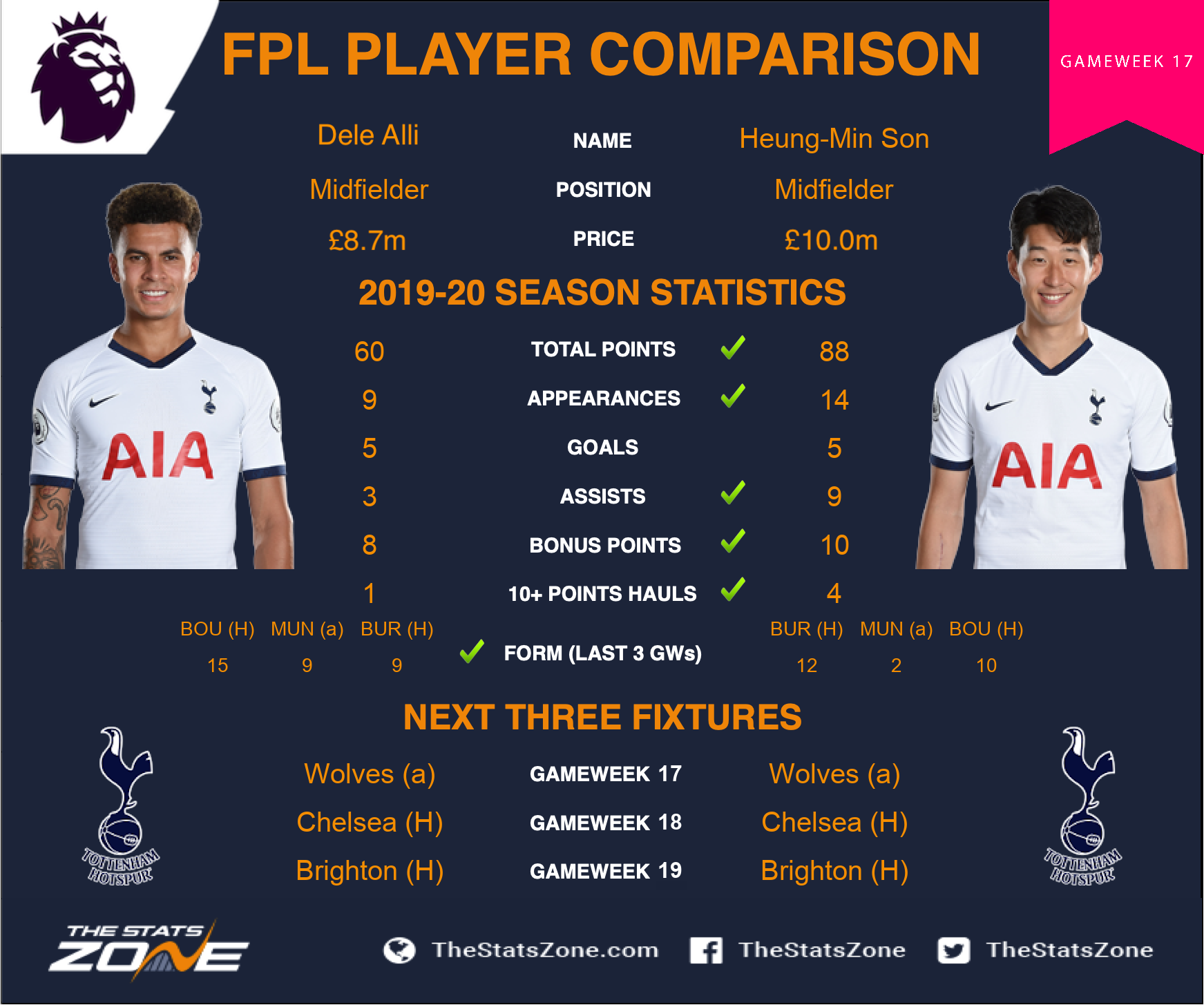