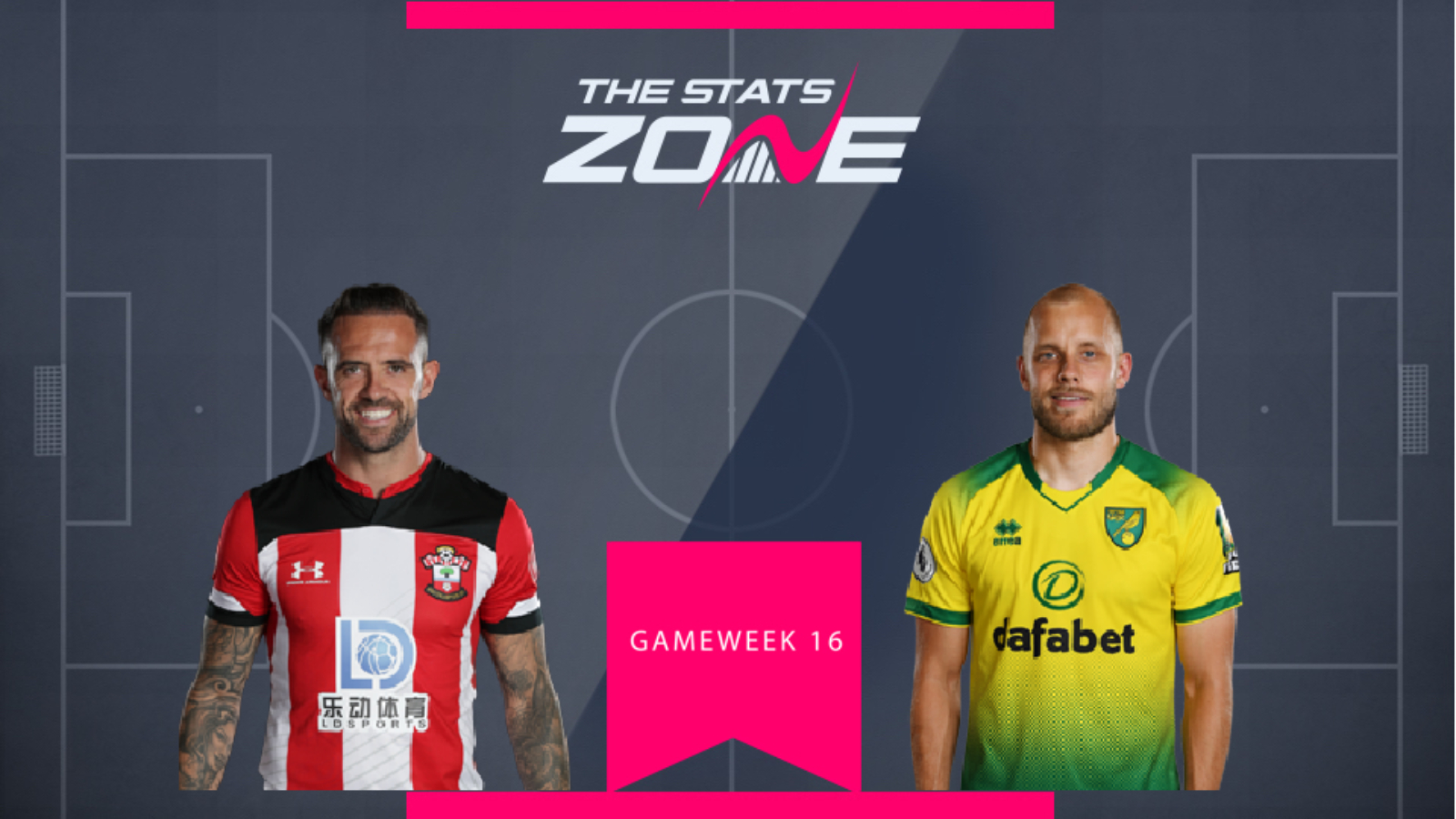 This head-to-head is an intriguing one that sees us compare two strikers from relegation threatened sides, both scoring goals in an attempt to keep their respective teams out of trouble. Danny Ings (£6.2m) has proven to be a real saviour of Southampton's lately and has played a key role in getting them out of the bottom three, scoring in his last four successive Premier League games. He now has eight goals for the season and is thriving in a front two that saw him prove such a success back in his days at Burnley. A total of 31 FPL points accrued in the last four gameweeks has seen his ownership rocket to 9.6% and counting.

After a slump that followed a stunning start to the season, it appears that the Pukki Party has well and truly reopened for business. Norwich forward Teemu Pukki (£6.6m) has scored in successive league games after a run of eight gameweeks without a goal. Owners that have stuck by him will be hoping this is the start of a long scoring run for the Finn, who has now scored 51 goals in 77 appearances for club and country since the beginning of last season.

Southampton and Ings make the long journey up north to face Newcastle in Gameweek 16, whilst Pukki's Norwich are at home to fellow newly-promoted side Sheffield Utd. Pukki being at home bodes well for him, having scored six goals in seven league games at Carrow Road so far this season. However at £0.4m cheaper, Ings is looking like one of the bargains of the season so far and playing for a Saints team now unbeaten in their last three, so form takes precedence over fixture for us. 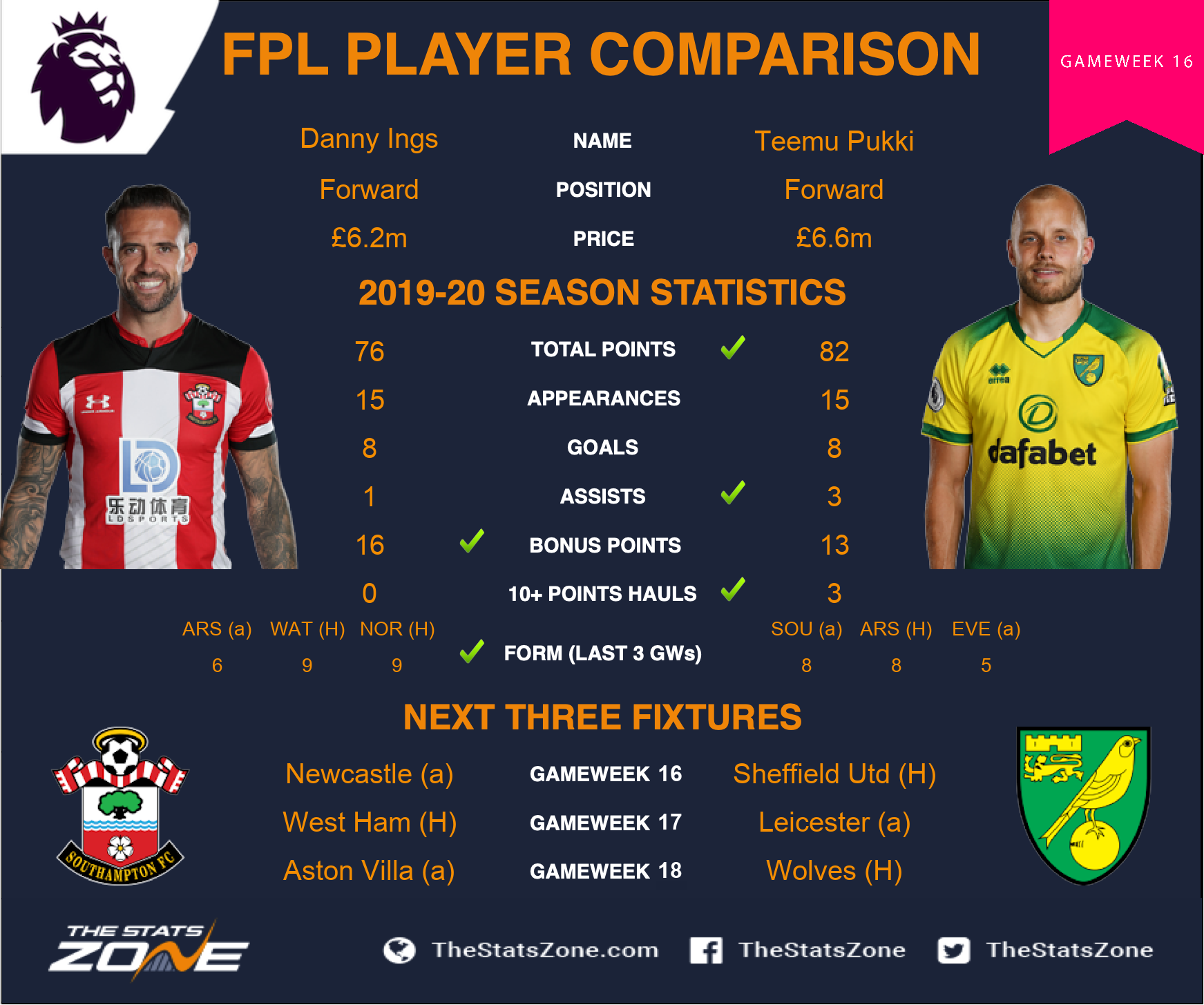