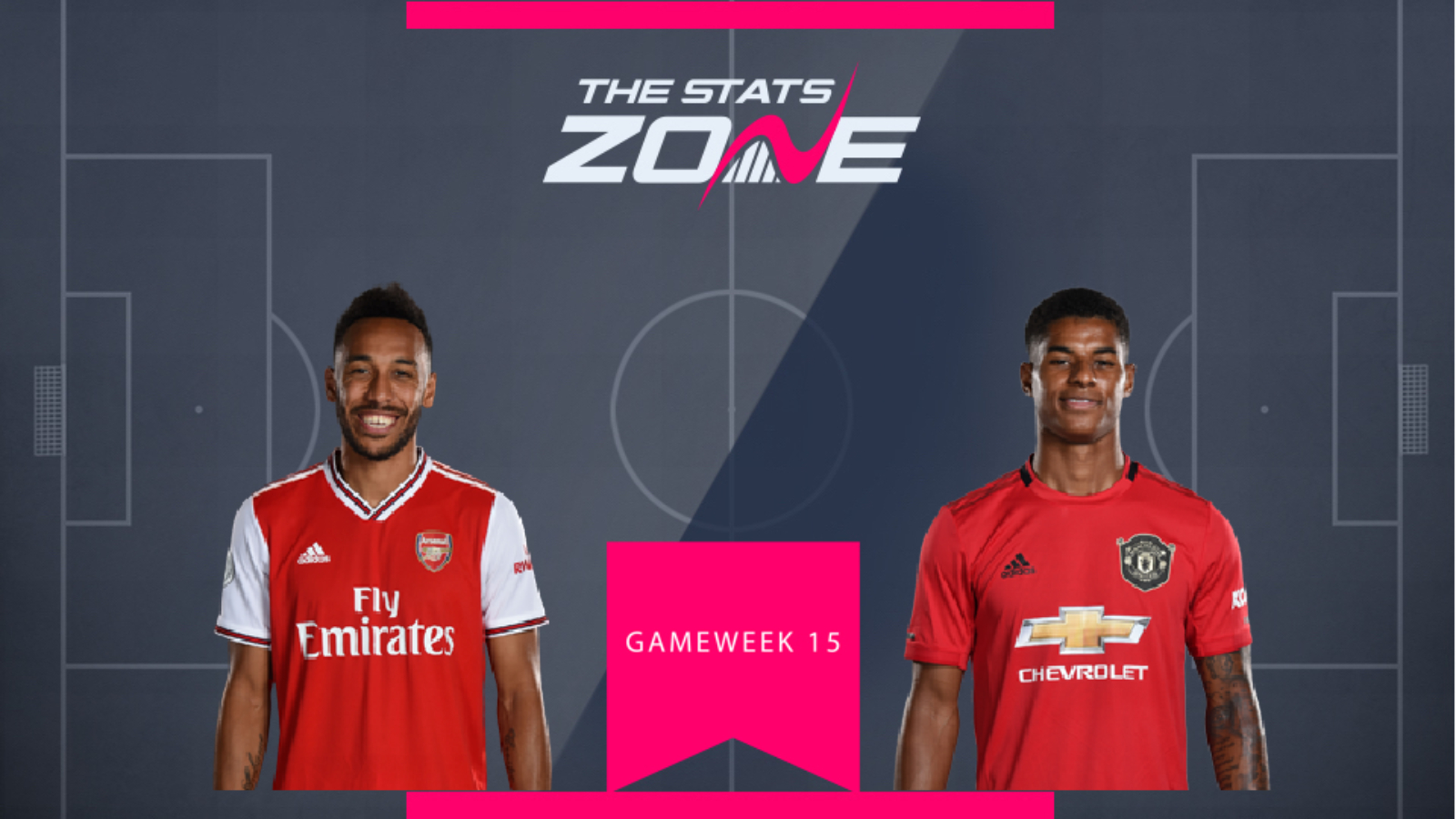 After two gameweeks without a goal, Arsenal captain Pierre-Emerick Aubameyang (£10.9m) returned to the goal trail in style under interim head coach Freddie Ljungberg in Gameweek 14. A double for the Gabonese international in a 2-2 draw away at Norwich reminded FPL managers of Arsenal's reliance of him for goals despite the presence of fellow striker Alexandre Lacazette in the Arsenal starting lineup.

An assist for Marcus Rashford (£8.7m) at home to Aston Villa made it four goals and three assists in his last six gameweeks. He has accrued 41 FPL points in those games and has been firmly entrusted to lead the line in a Man Utd side showing serious attacking potency, with eight goals in their last three league games.

Fixtures play a part in our Gameweek 15 selection here. Whilst Rashford is arguably the form player, Aubameyang has a tendency to go on scoring streaks, hitting seven goals in seven games earlier in the season. His double against Norwich could see the start of another scoring run, with Brighton at home next up for the Arsenal man. 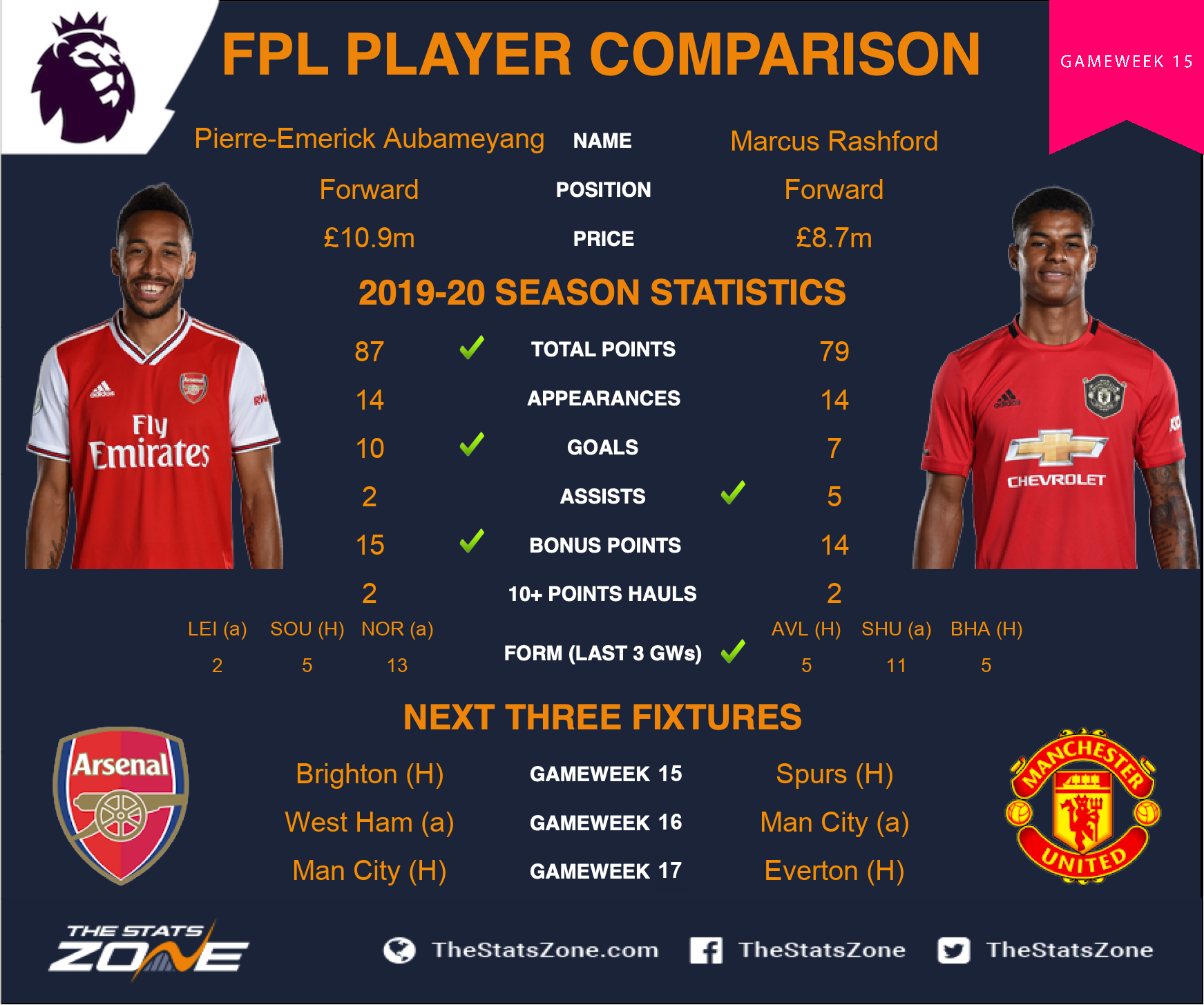