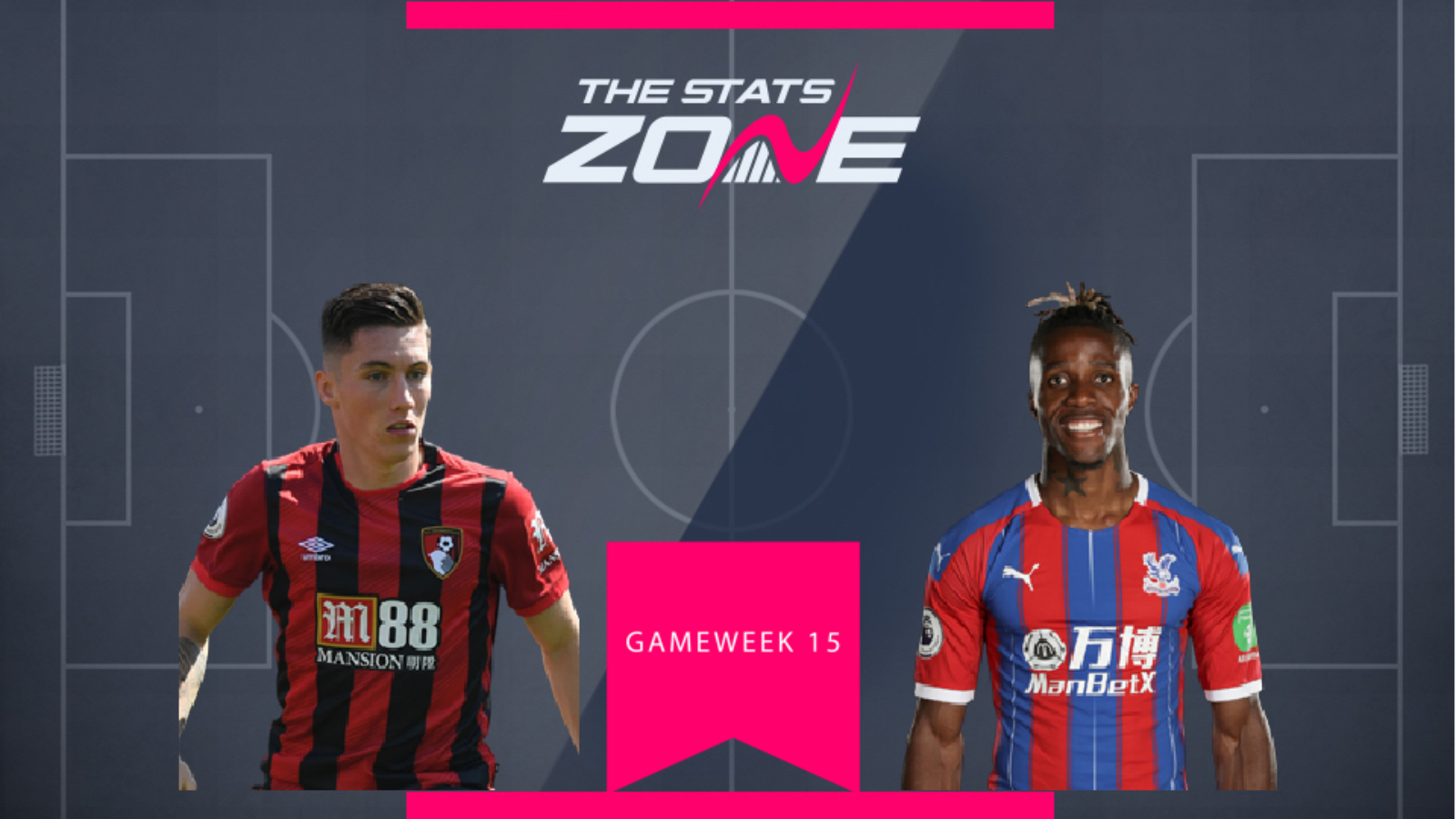 Liverpool loanee Harry Wilson (£6.0m) once again proved in Gameweek 14 that he is a shrewd option for anyone looking for a cheap 5th midfielder. The Bournemouth winger scored his first brace of the season away at Spurs, bringing home 12 FPL points in the process despite only coming on as a substitute. He now has six league goals this season, one more than his striking namesake Callum Wilson.

Crystal Palace winger Wilfried Zaha (£6.6m) looks like a man who should be back on the radar of all FPL managers after scoring his second goal in successive league games away at Burnley. He has gained 18 FPL points from those two games and as a player known to be difficult to stop when on a good run, he looks a fantastic option going forward. Of course Crystal Palace's next five fixtures sees them face teams all in the bottom half of the table.

These two widemen lock horns in Gameweek 15 with Bournemouth travelling to Selhurst Park. The match being a home game for Zaha would arguably see him as the obvious choice. However, not only is Wilson £0.6m cheaper, the Welshman has scored 5 of his 6 goals this season away from home. This suggests that he could be the smart choice here as most of Bournemouth's game plan will be focused on stopping Zaha, Palace's one proven attacking threat, in the absence of a prolific striker. 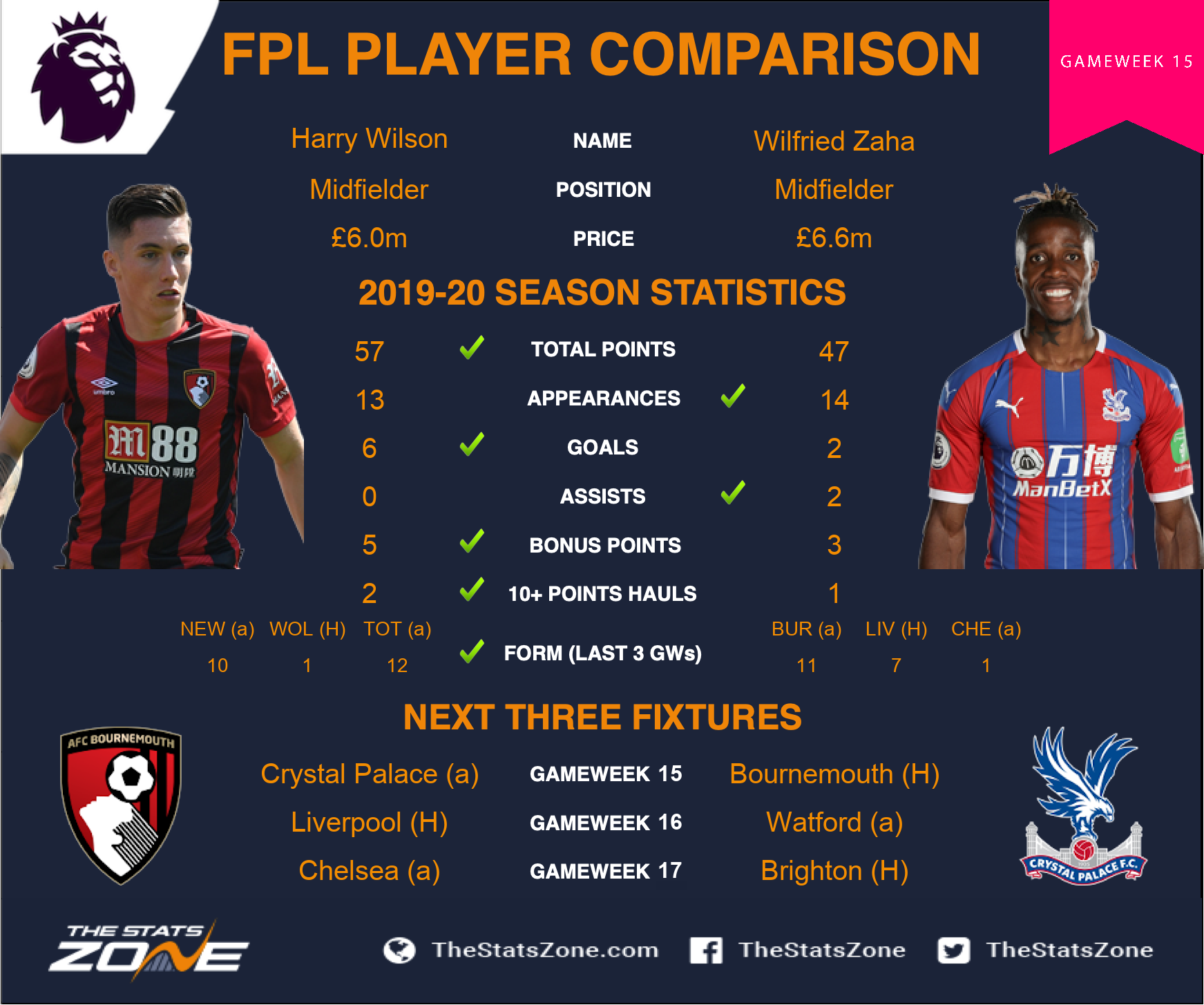