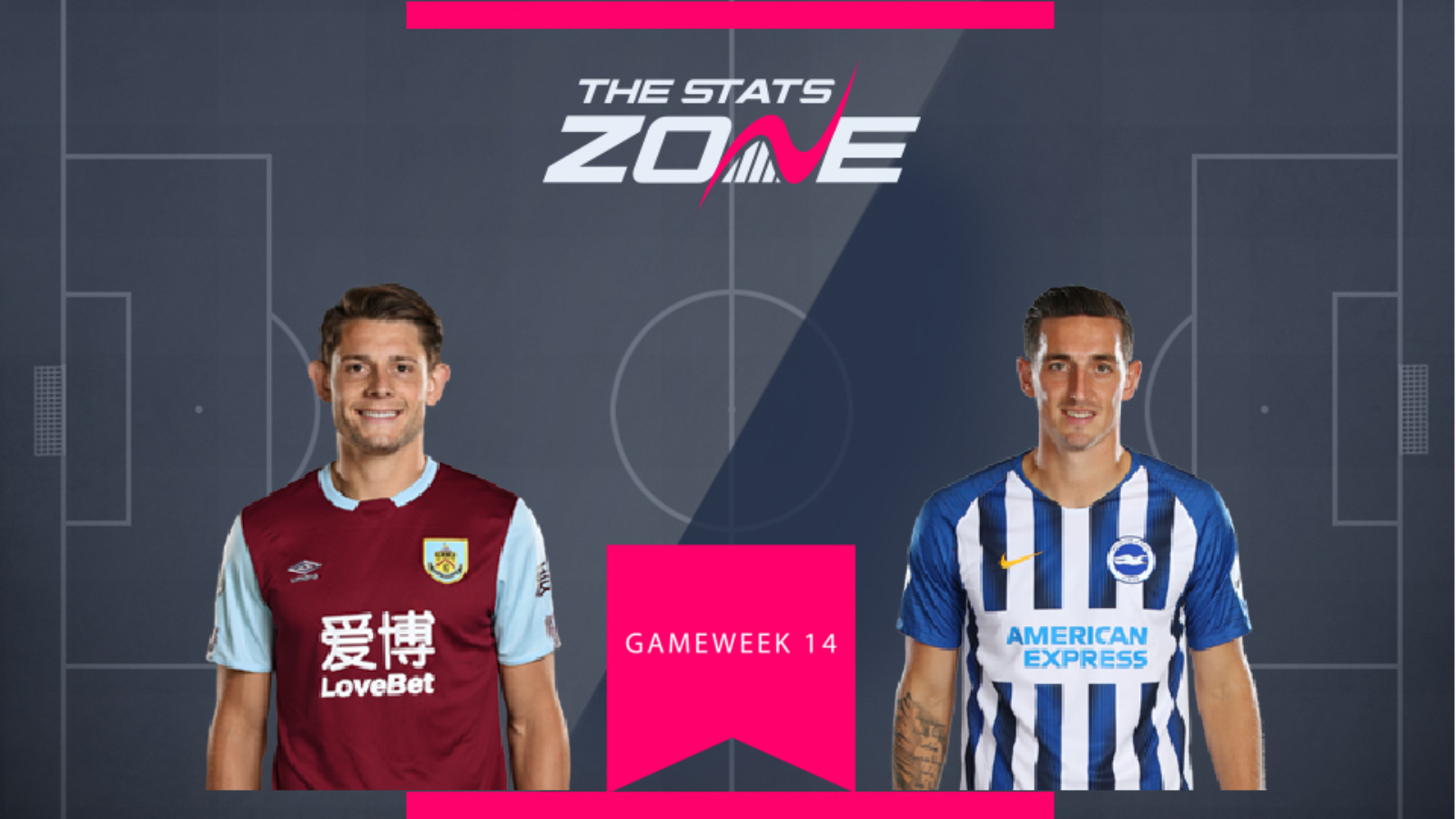 With one goal, two assists and two clean sheets in his last two league starts, Burnley defender James Tarkowski (£5.0m) has to be considered one of the most in-form FPL assets. He has 29 FPL points in the last two gameweeks and will be looking to add to that tally at home to Crystal Palace in Gameweek 14.

Brighton's Lewis Dunk (£4.6m) was suspended for Gameweek 13 and did not feature in the Seagulls' defeat at home to Leicester. Dunk scored in his last league start away at Man Utd in Gameweek 12 and has 13 points in his last two gameweeks. However, Dunk faces a daunting trip to Anfield to face league leaders Liverpool in Gameweek 14. Both himself and Tarkowski will be dangerous from set pieces, but Tarkowski gets the nod as we see him having a better chance of keeping a clean sheet against Palace. 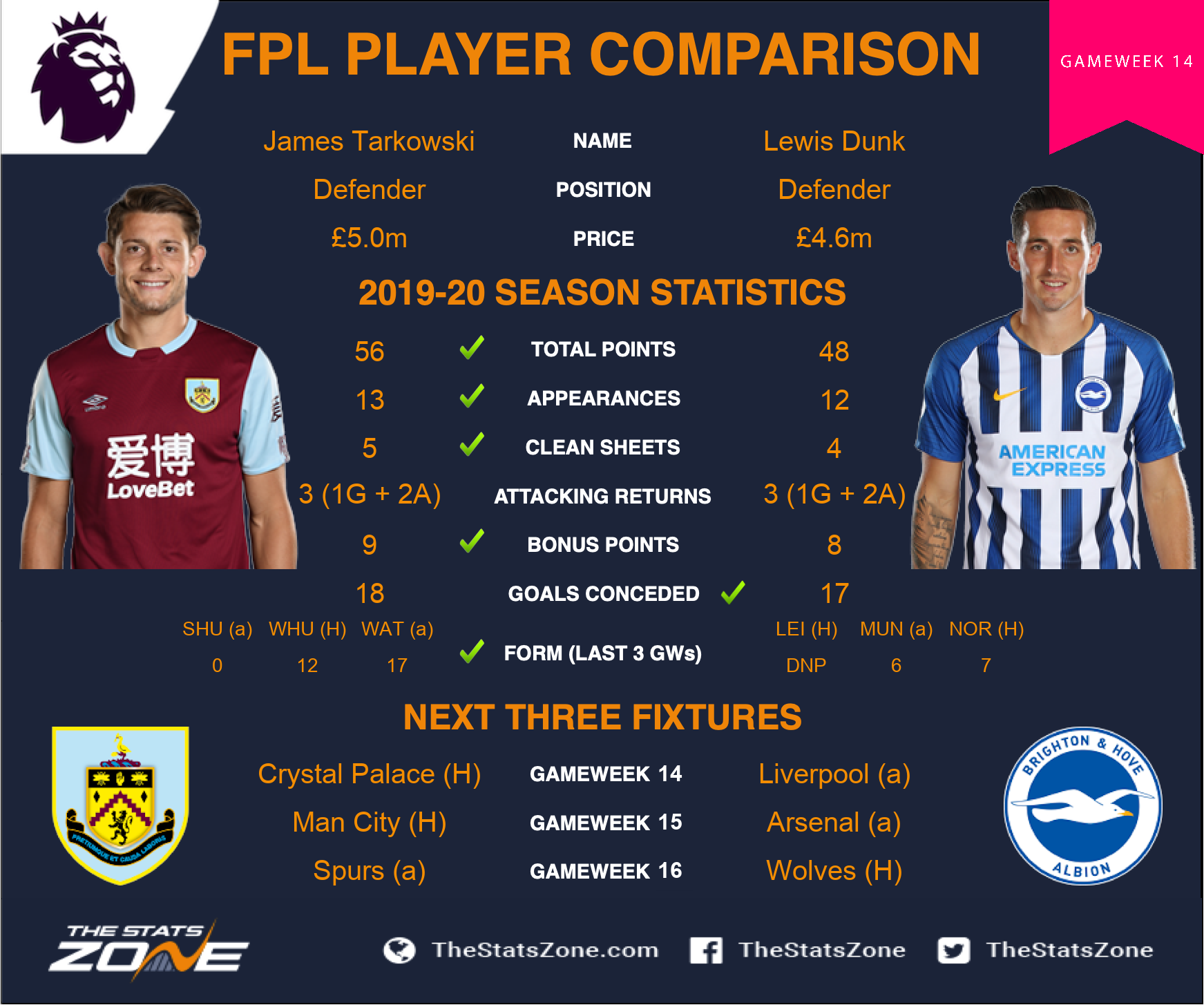