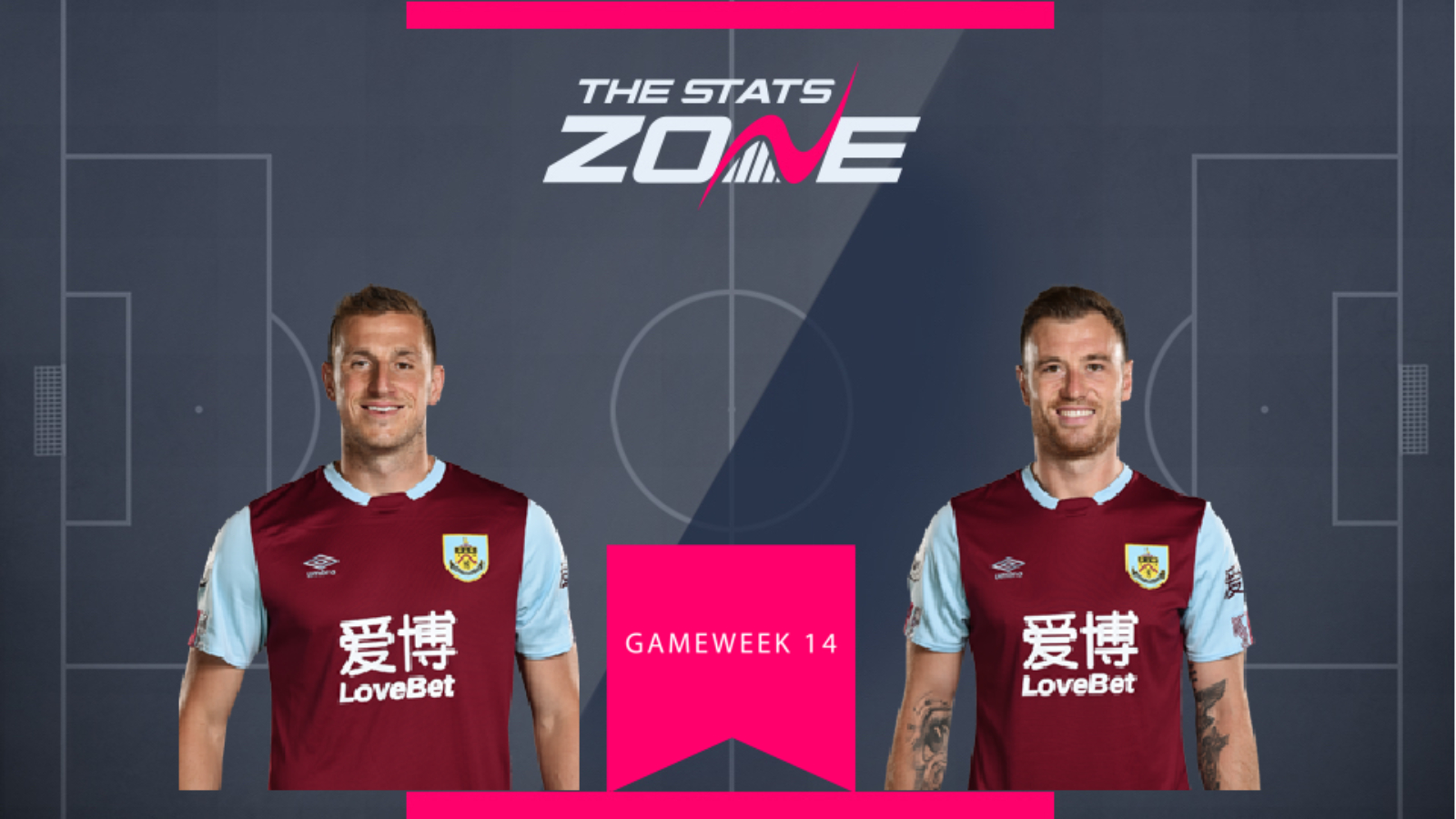 Just three points separate Burnley's strike pair Chris Wood (£6.2m) and Ashley Barnes (£6.3m) in terms of overall FPL points and both have been on the scorersheet in the Clarets' last two matches - 3-0 wins over West Ham and Watford. Both sit on six league goals for the campaign although Wood has done so in fewer minutes - 919 to compared to Barnes' 966.

Burnley welcome a Crystal Palace side who have lost their last three matches - albeit against tough opposition - in Gameweek 14 but Sean Dyche's men then face Man City and Tottenham in quick succession so investors should be wary of the tough fixtures ahead. However, there is the potential for points on offer in GW14 and Wood gets the nod over his teammate on account of his superiors minutes-per-goal ratio. 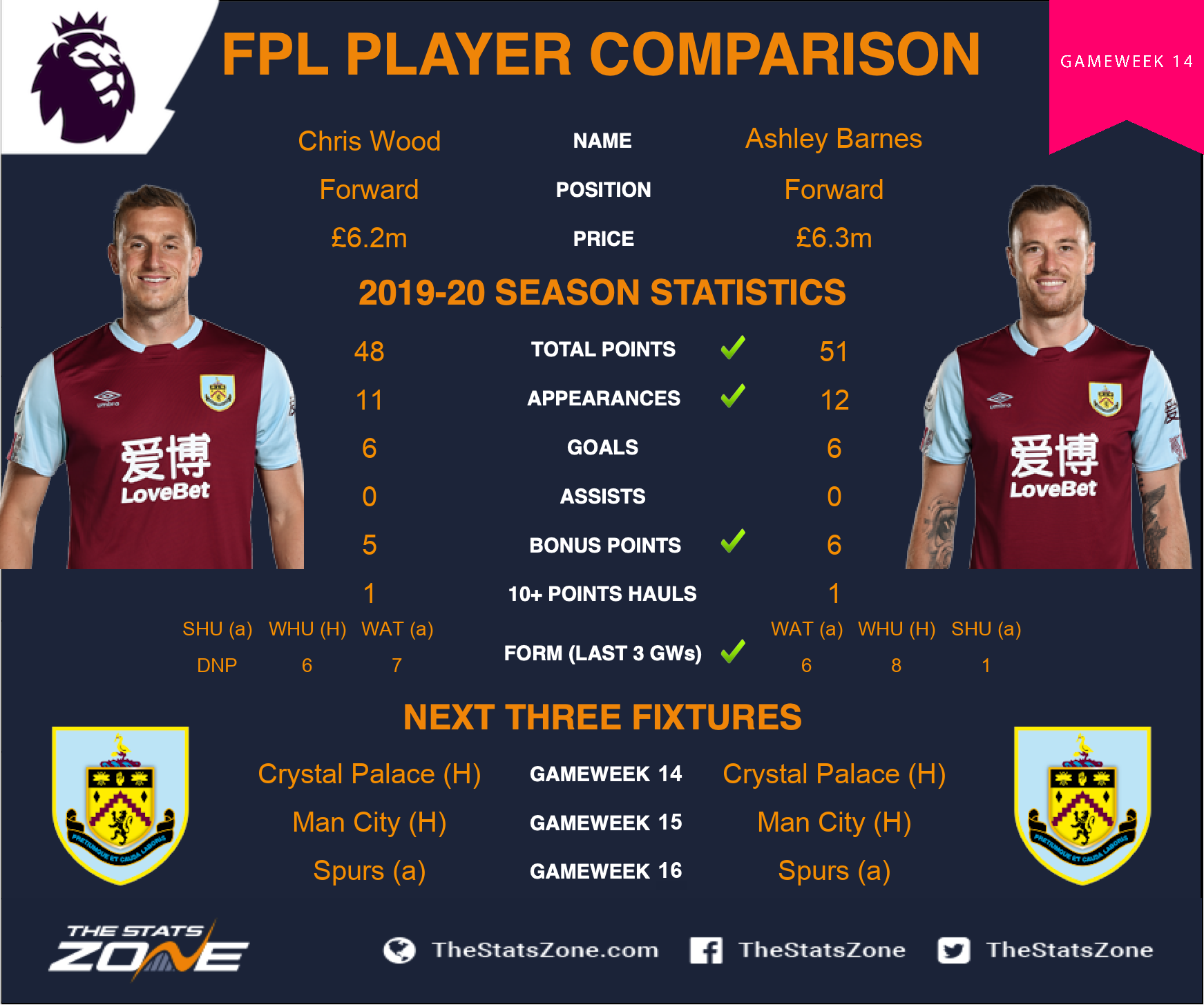