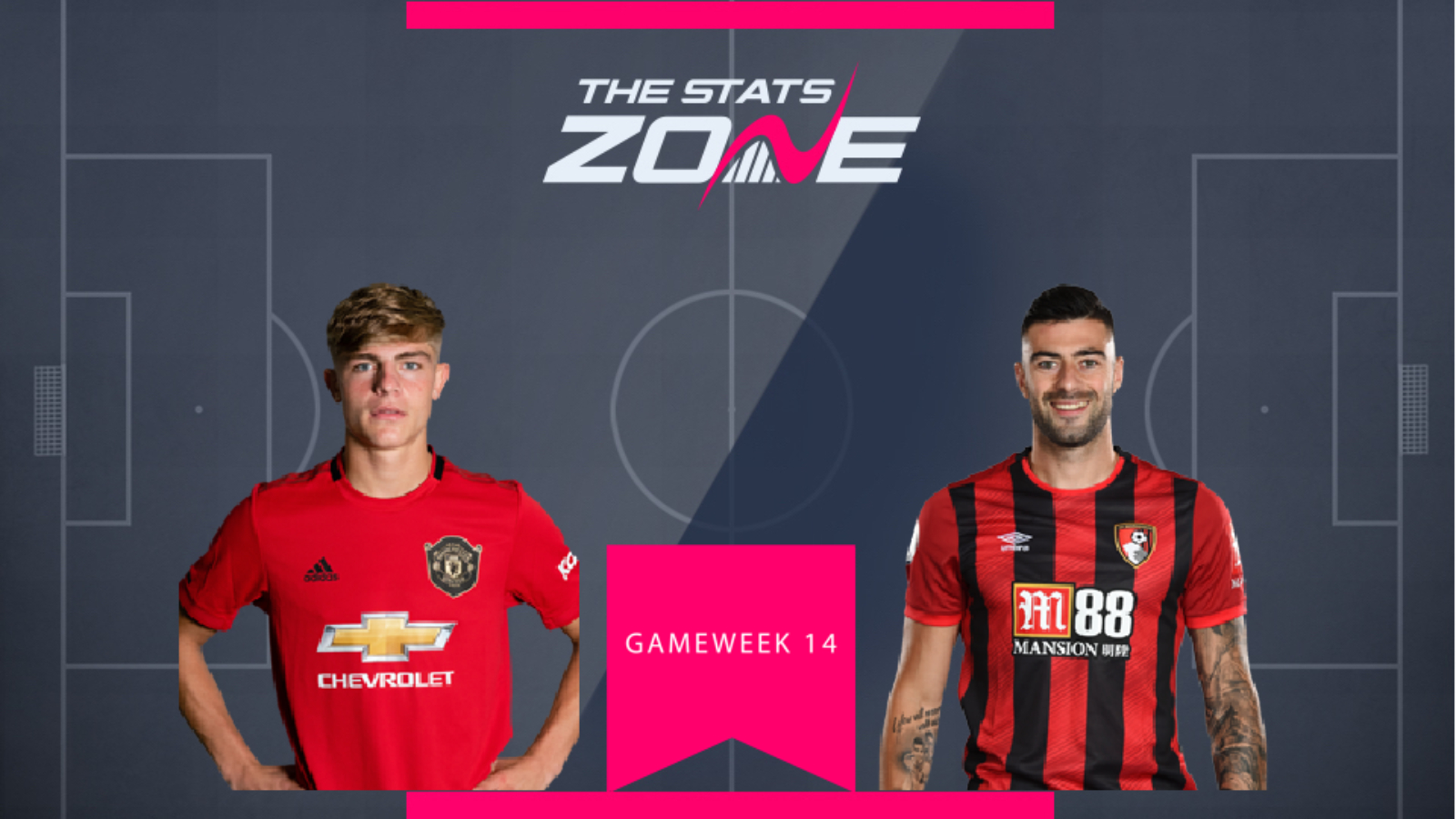 Young Man Utd academy product Brandon Williams (£4.0m) scored his first ever Premier League goal in Gameweek 13 away at Sheffield Utd in his second successive league start for the Red Devils. The goal gave him 6 FPL points which was all he took from the fixture after conceding three goals in a 3-3 draw.

It was a bad weekend for Bournemouth's Diego Rico (£4.3m), who was yellow carded in the Cherries' 1-2 defeat at home to Wolves and picked up 0 FPL points from the fixture. It doesn't get any easier for Rico either with Bournemouth travelling to Spurs in Gameweek 14.

Williams faces Aston Villa at Old Trafford in Gameweek 14, but the big question is whether he will start or if he drops out in favour of Ashley Young. After scoring last weekend, our inclination is that he will start again and, if so, he is a far superior pick to Rico, whose Bournemouth side have conceded 13 goals in their four games away to Spurs in the Premier League. 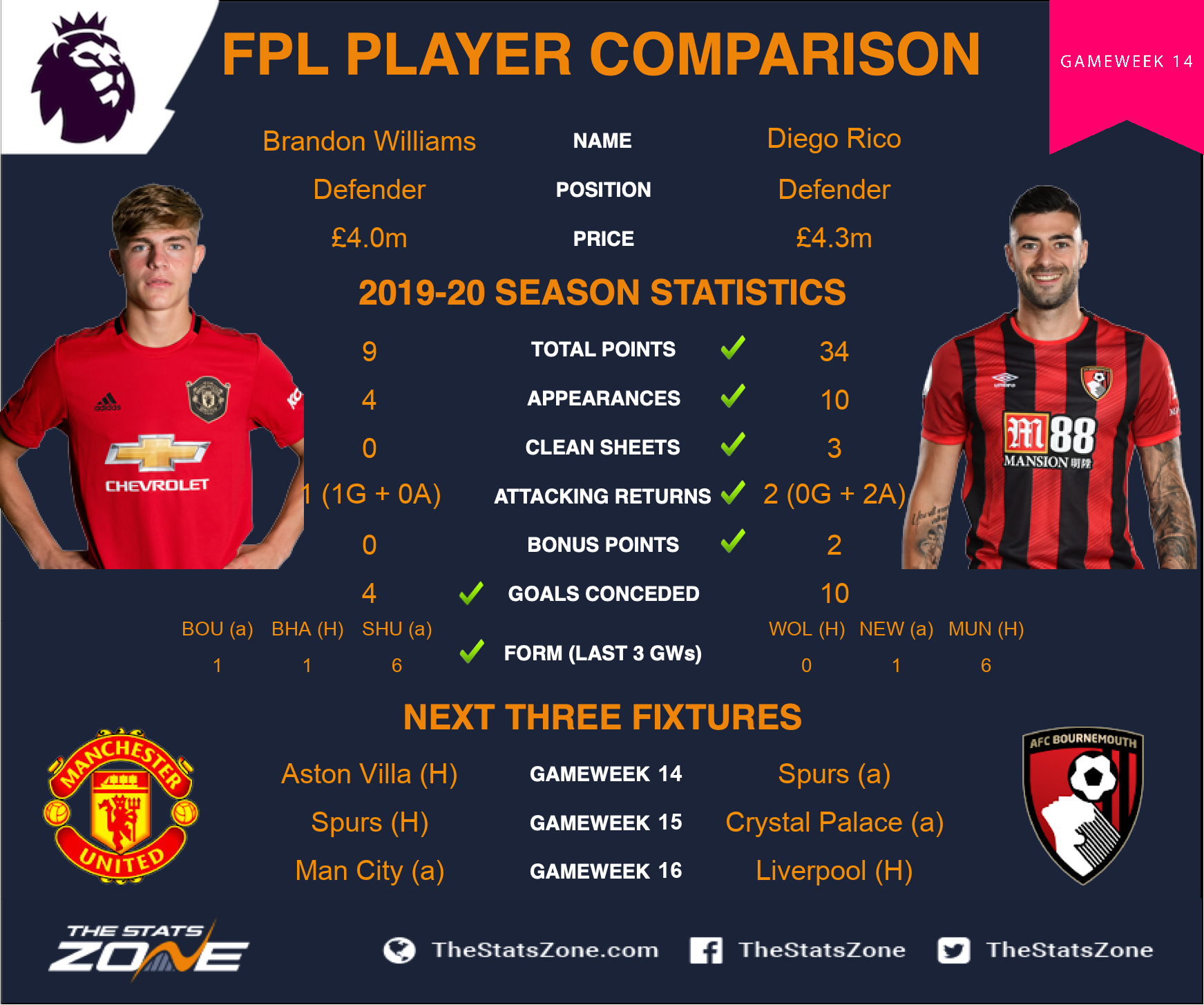