Both Sergio Aguero (£12.0m) and Harry Kane (£10.8m) have somewhat underwhelmed in recent weeks. After missing the match against Everton, Kane returned in Gameweek 12 against Sheffield Utd and promptly put up just two points. Kane's record now reads one goal in his last four league appearances but a match against West Ham should give ample opportunity for Spurs' captain to rediscover his goalscoring form. The Hammers have been extremely poor as of late, with the side having not recorded a win in their last six league matches. During that time, they have conceded 13 goals.

The question on whether to select Aguero or not always resides over the probability of him starting. Provided he does get the nod, up next for Aguero is a fixture against Chelsea, whom he has a fantastic record against. The numbers read 10 goals in 13 league appearances against the Blues, including a hat-trick in the equivalent fixture last season. After losing to Liverpool last time out, City and their players represent an excellent bounce-back option for GW13. After all, the last time they were beaten away from home, they responded with an 8-0 mauling of Watford in the following league fixture. 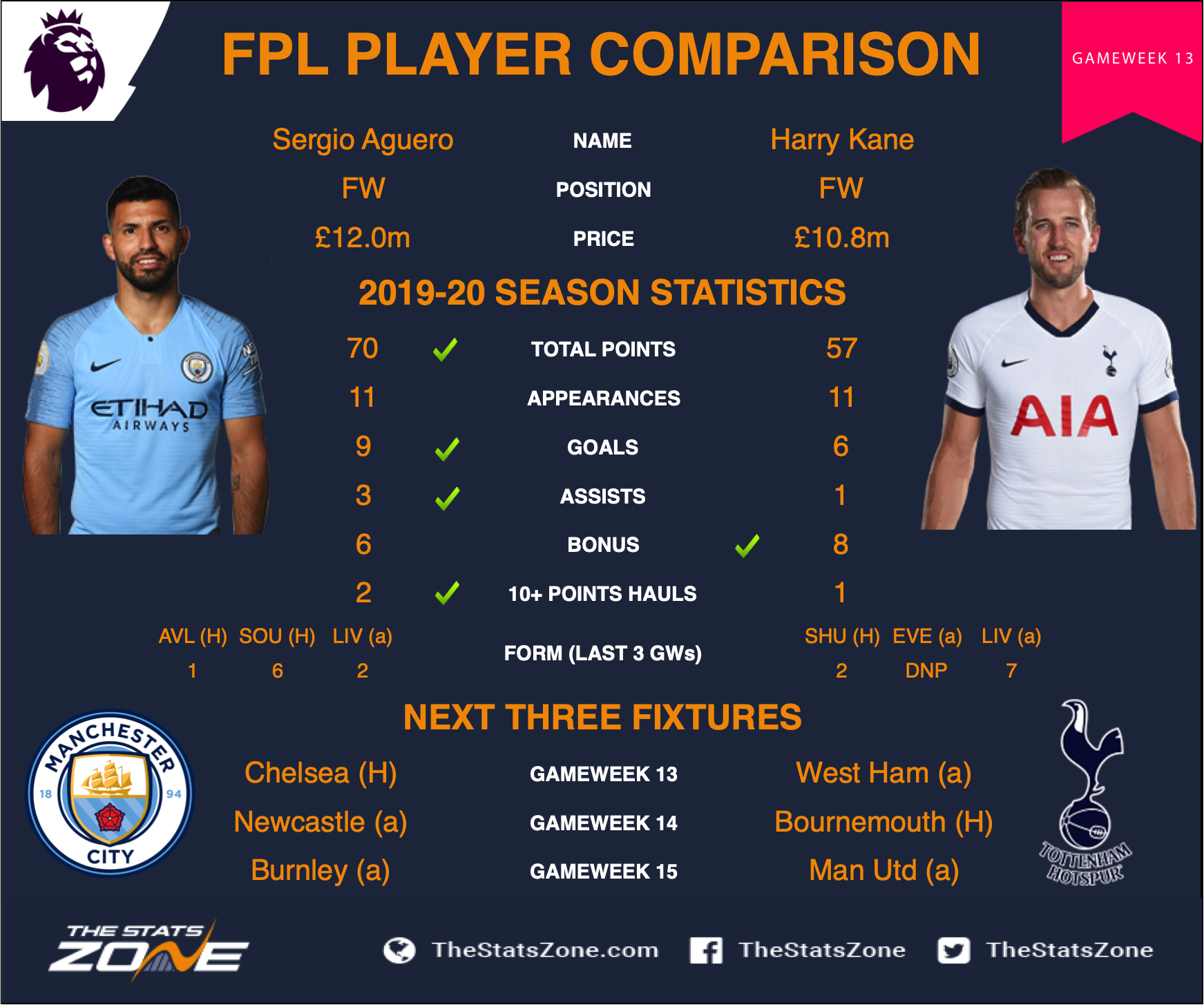