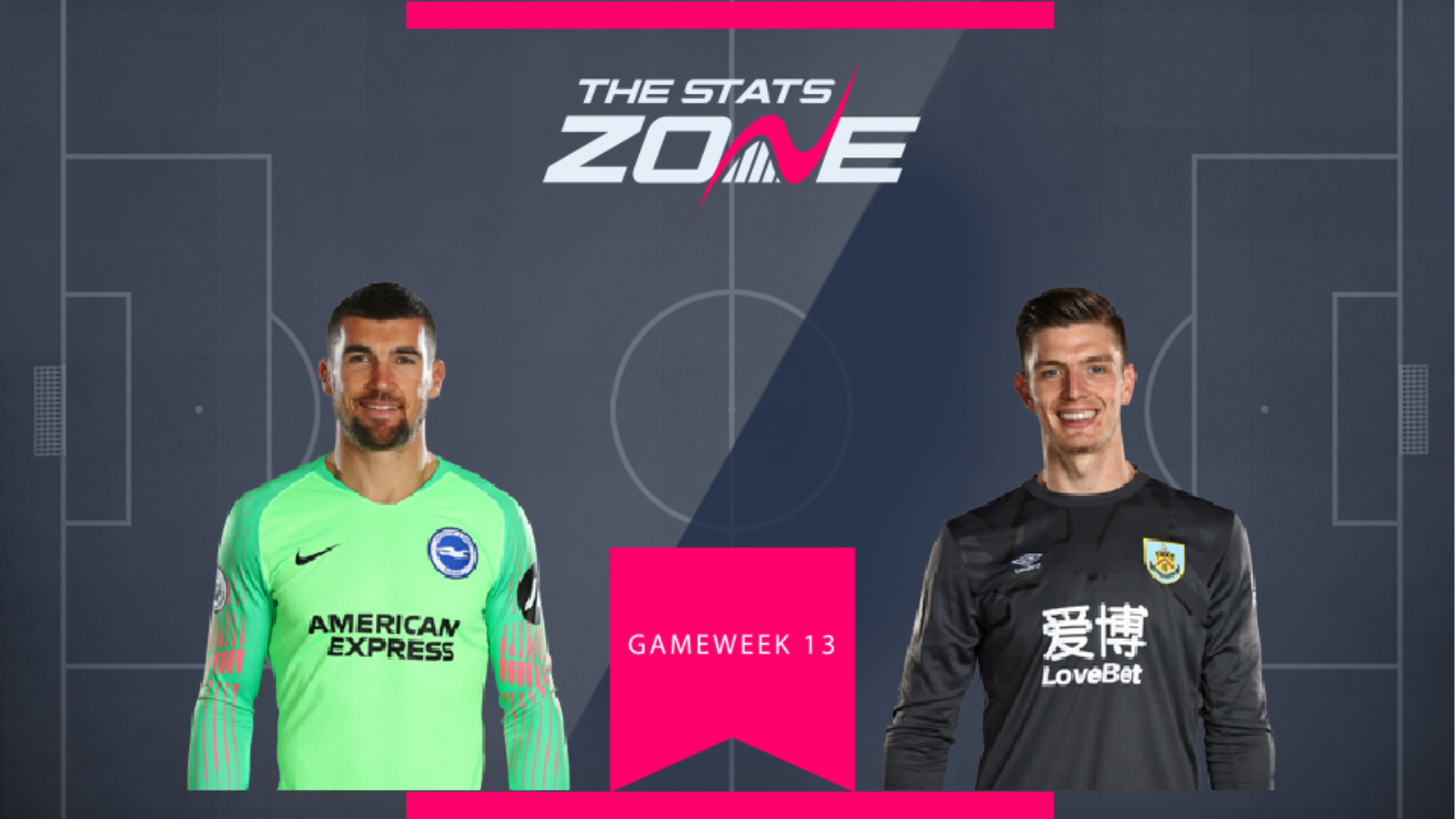 Despite conceding three goals against Man Utd in Gameweek 12, Mathew Ryan (£4.7m) recorded a whopping nine saves in the match to return a total of 7 FPL points following the awarding of bonus points. He is now the highest scoring keeper in FPL and has returned 41 points in his last seven gameweeks.

Burnley's Nick Pope (£4.7m) kept his fourth clean sheet of the campaign in Gameweek 12 against West Ham. All four of these clean sheets have come at Turf Moor against sides in the bottom half of the table.

Pope's Burnley travel to 19th-placed Watford in Gameweek 13 whilst Ryan's Brighton host high-flying Leicester. Pope's fixture may look easier on paper, however Burnley are yet to keep a clean sheet away from home. Ryan has racked up 44 saves already this season compared to Pope's 37 and he should increase that figure against the Foxes. Taking this into account, the statistics favour Ryan to outscore Pope in Gameweek 13. 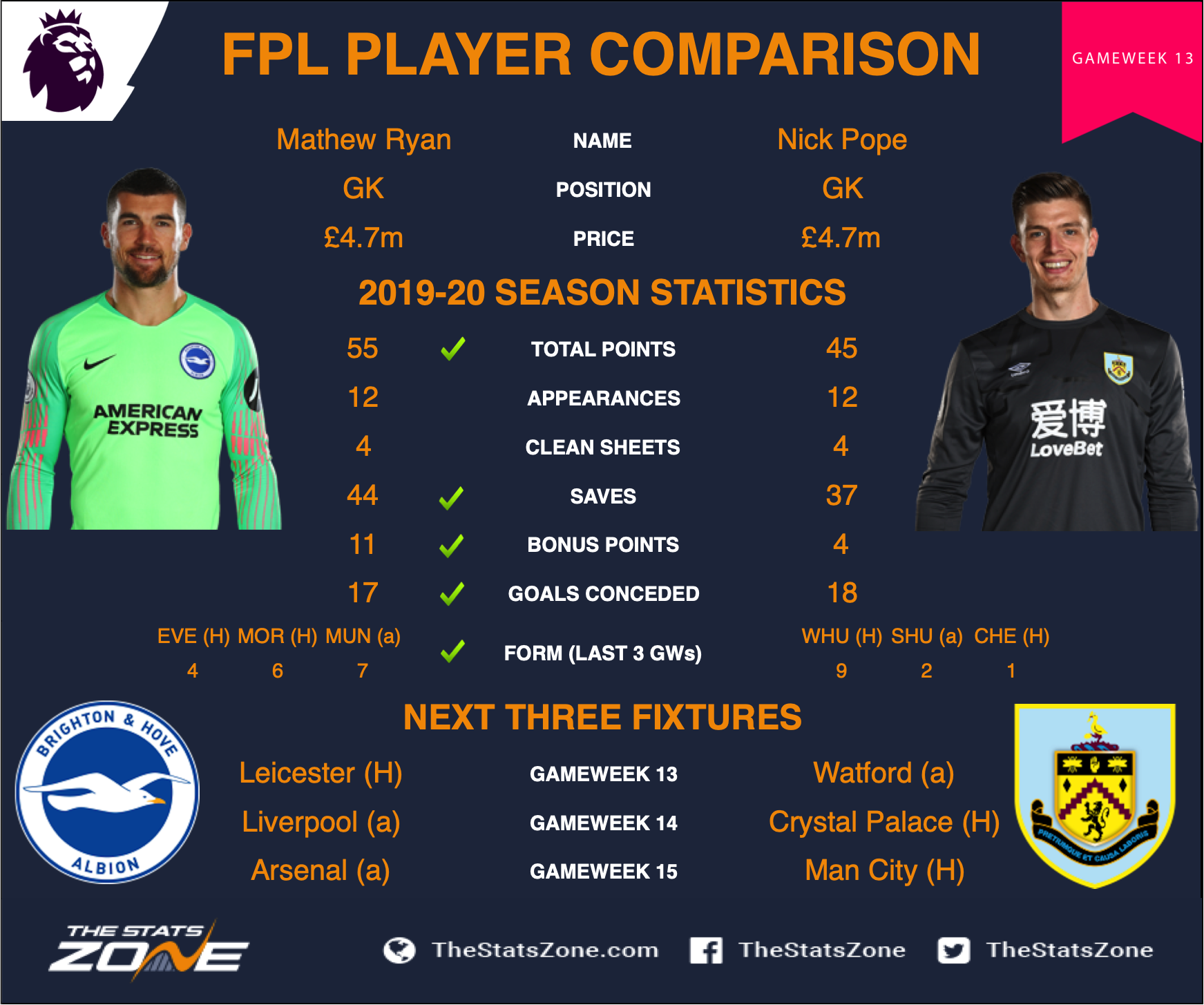