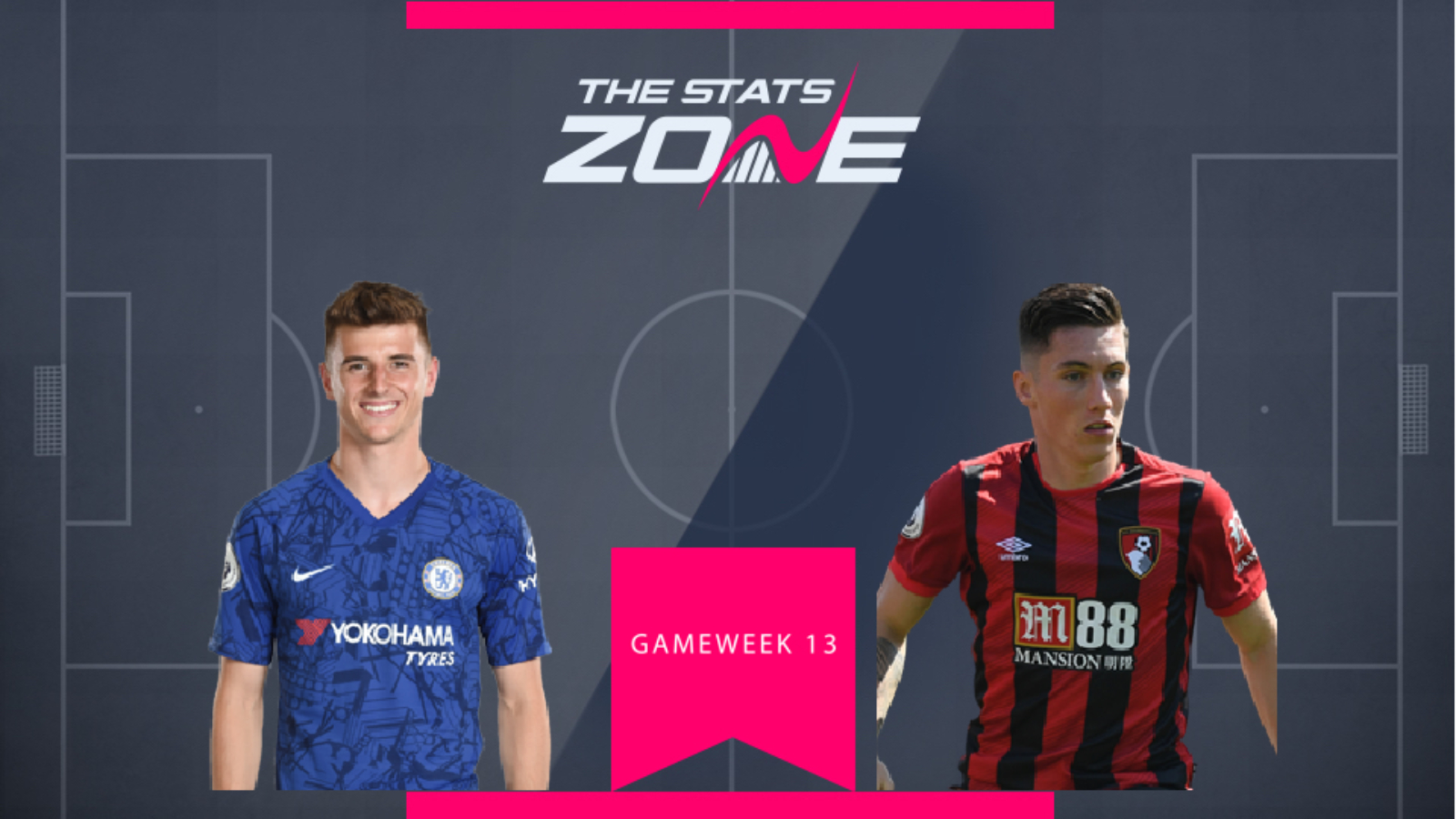 FPL managers have slowly begun to sell Mason Mount (£6.8m) after the Chelsea midfielder went a fourth league game in a row without scoring. Still owned by 33% of managers, Mount has accrued only 12 FPL points in his last four gameweeks and with a difficult trip to Man City ahead for Chelsea in Gameweek 13, some managers have lost patience with the England international.

Mount's former teammate Harry Wilson (£6.0m) made a welcome return to the goal trail for Bournemouth in Gameweek 12, with the Liverpool loanee scoring his first goal since Gameweek 6. Wilson gained 10 FPL points from the match away at Newcastle, taking him to a total of 44 FPL points so far this season, 14 points less than Mount.

Both fixtures and price need to be looked at when comparing the two for Gameweek 13. Whilst Mount has to visit the Etihad, Wilson faces a home game against Wolves. Add that to Wilson being £0.8m cheaper than Mount and it's the Welshman who looks the more attractive proposition this weekend. 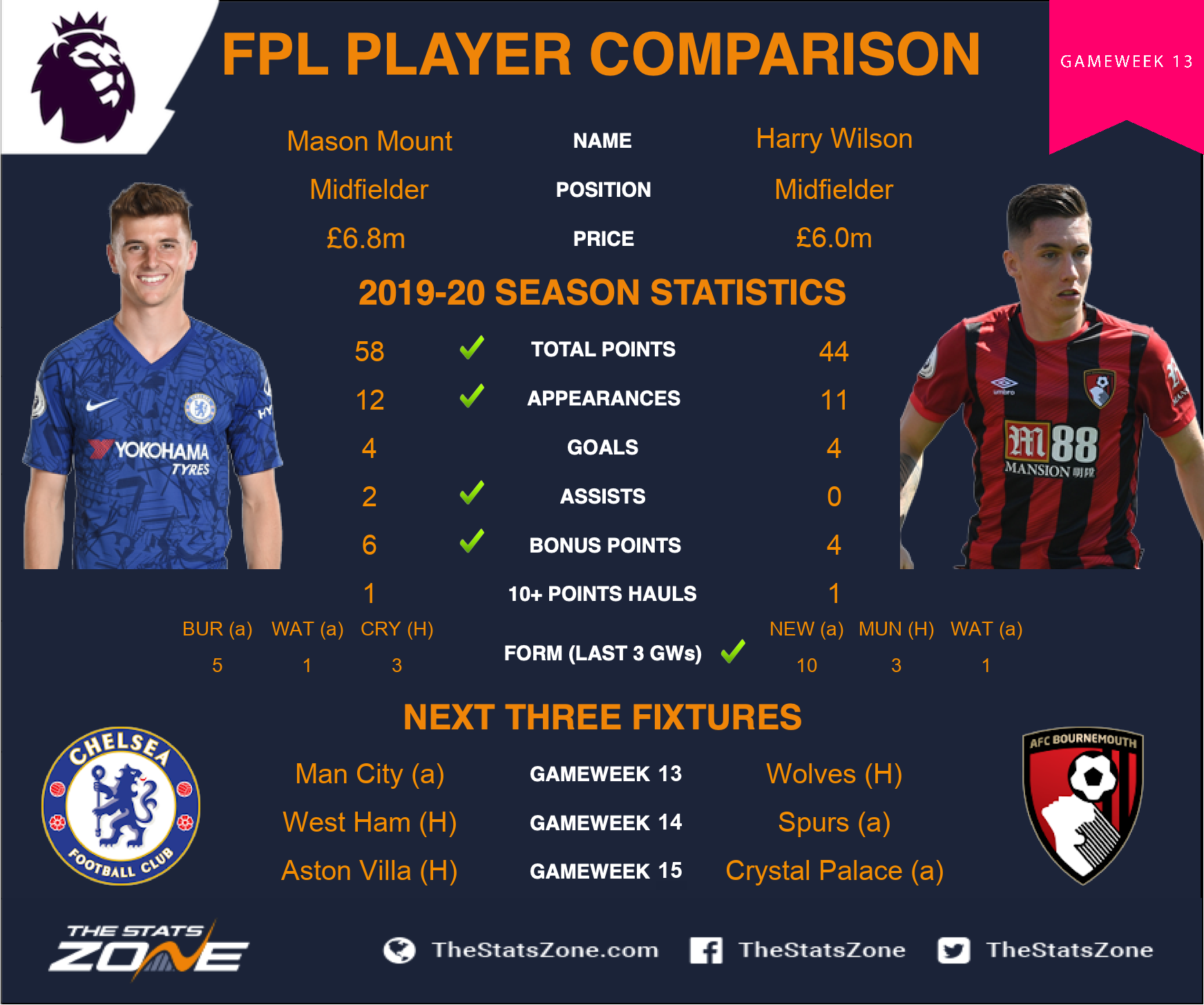