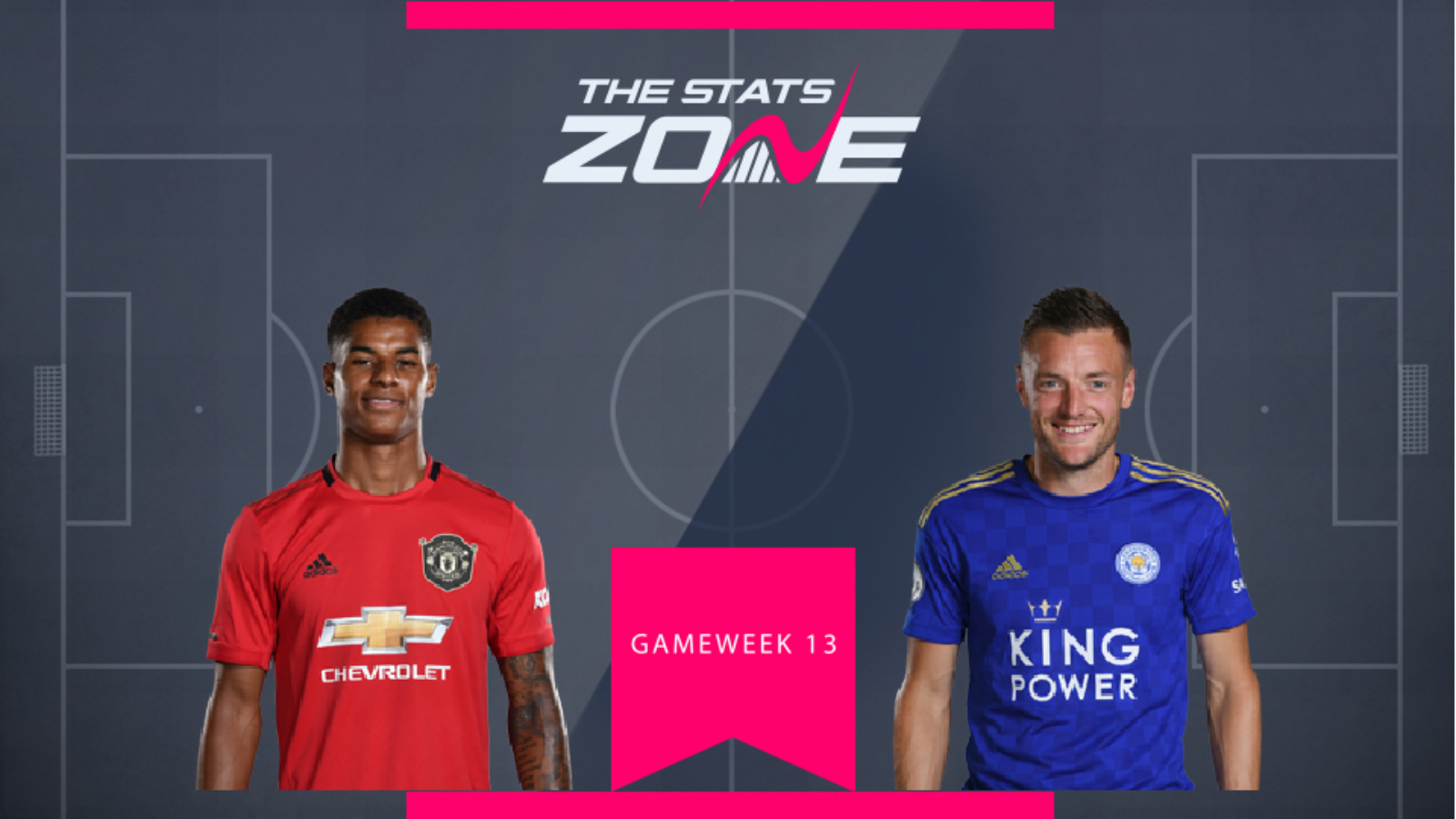 This head-to-head sees us compare two of the most in-form strikers in the Premier League. Man Utd's Marcus Rashford (£8.6m) has quietly been going about his business on the pitch without much fanfare and has scored three goals in his last four Premier League games, earning 25 FPL points for his owners. Leicester's Jamie Vardy (£9.6m) however has established himself at the top of the Premier League scoring charts, having netted 11 goals so far this season. He has eight goals in his last six league games and 60 FPL points in his last six gameweeks with two assists thrown in for good measure. FPL managers have been fighting each other to bring him in over the past few weeks, with Vardy now owned by 35.6% of FPL managers.

Both players face tricky away tests in Gameweek 13, with Rashford's Man Utd up against a Sheffield Utd side who have conceded only four goals in their six league games at Bramall Lane this season. Vardy will be looking to score in his fifth successive league match against Brighton, but like Rashford won't have it all his own way against a side who have won their last three home Premier League games. However, Brighton will be without central defender Lewis Dunk and have been liable to concede goals, letting in four against Man Utd in Gameweek 12. You simply can't back against Vardy with the form he is in at present. 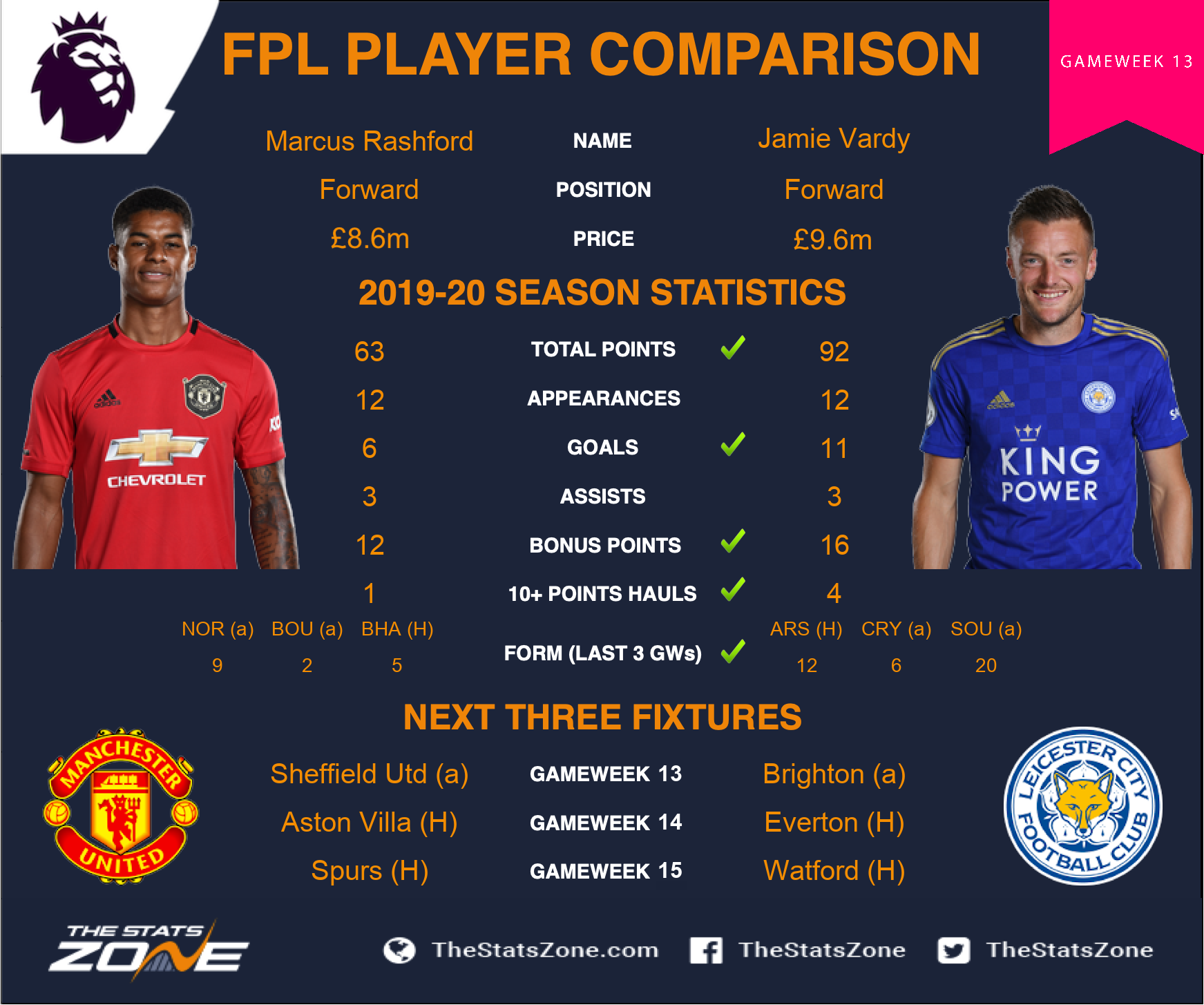