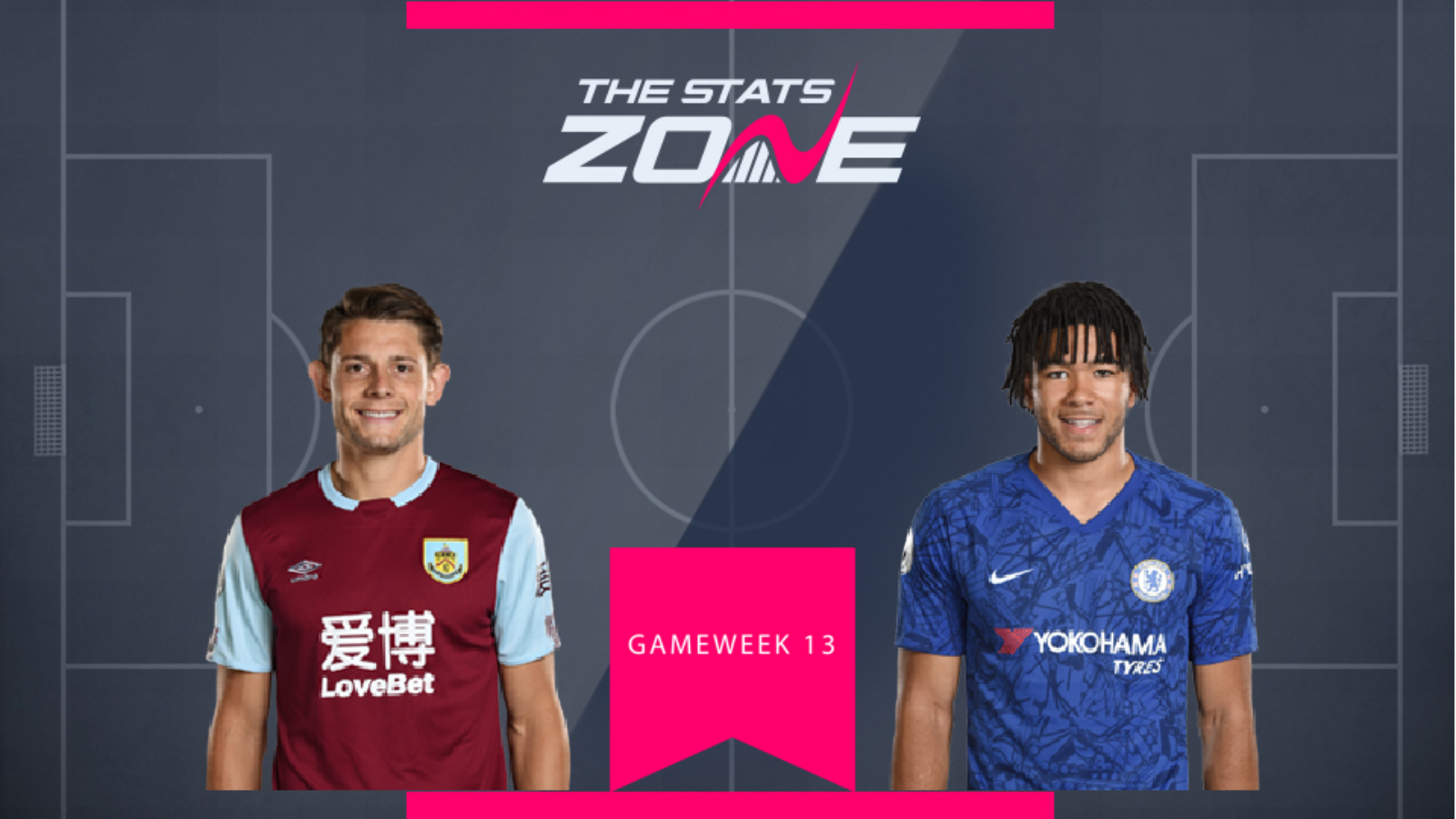 Burnley's James Tarkowski (£5.0m) secured his fourth clean sheet of the season in Gameweek 12 against West Ham after the Clarets brushed aside the Hammers 3-0. Tarkowski also registered an assist to give him maximum bonus points and an overall total of 12 FPL points from the fixture. He'll hope to back that up in Gameweek 13 away at Watford, however Burnley have failed to keep a single clean sheet away from home so far this season.

Chelsea defender Reece James (£5.0m) was given his first Premier League start of the campaign against Crystal Palace by manager Frank Lampard and he responded with a classy performance, keeping the dangerous Wilfried Zaha quiet and securing a clean sheet in a 2-0 win. He has put himself firmly in the frame for starting again in Gameweek 13 away at Man City.

As much as James impressed for Chelsea against Palace, Man City at the Etihad is an entirely different beast. City have scored 19 goals in their first six Premier League home games and it's a question mark as to whether James even starts the game, let alone returns a healthy amount of FPL points. With Tarkowski facing 19th-placed Watford, even with Burnley's defensive frailties away from home, he is the sensible choice of the two. 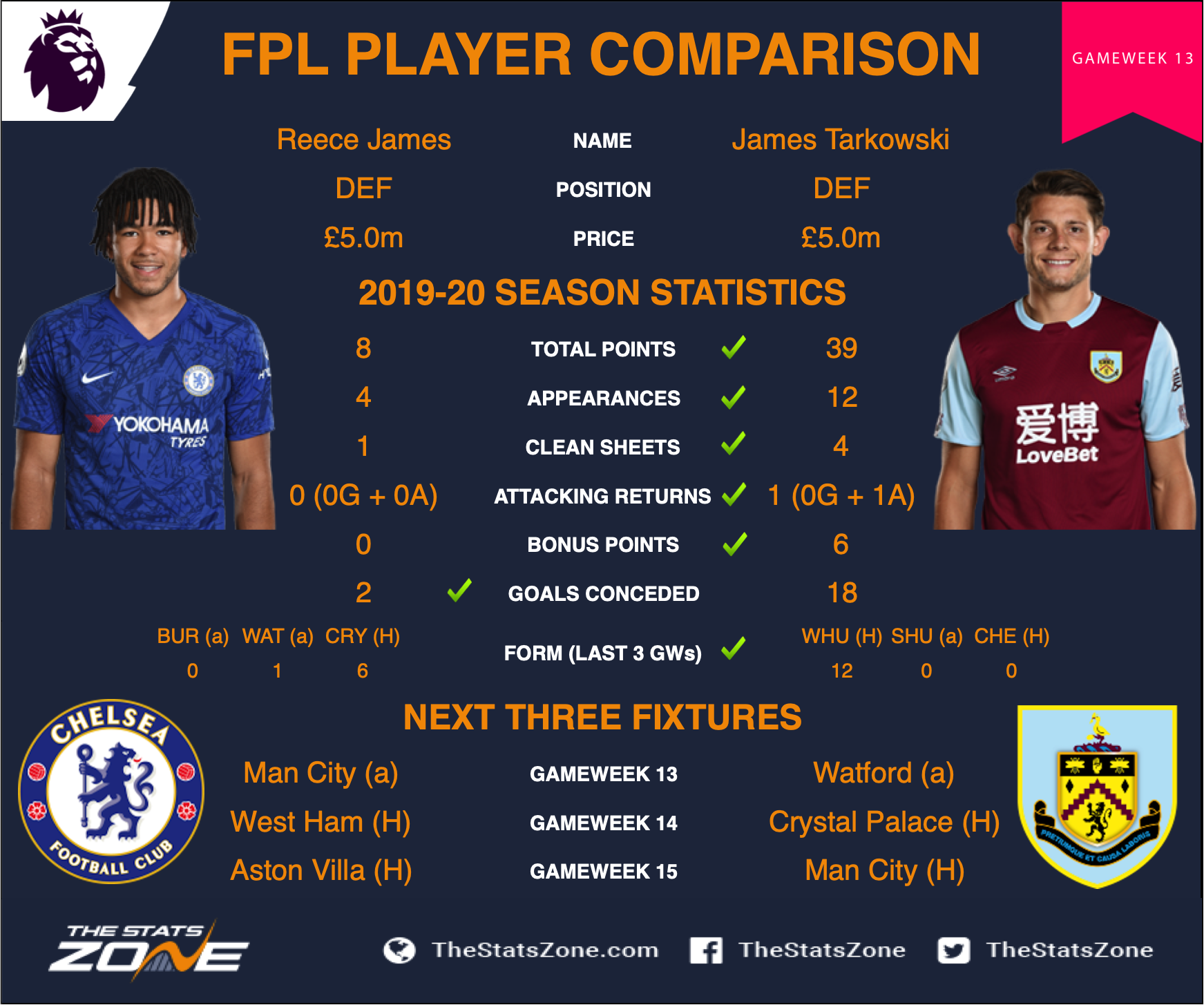