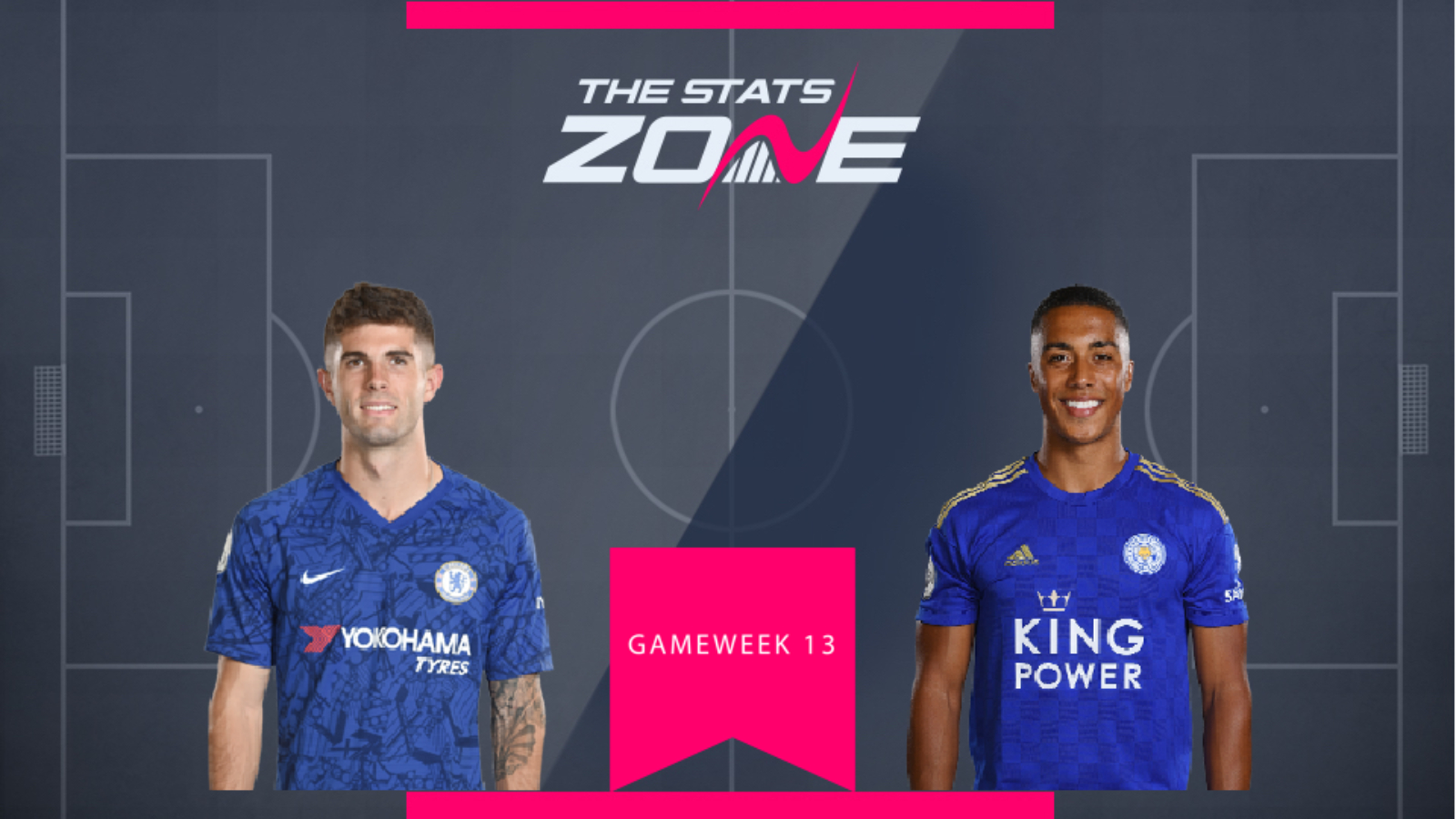 Two of the most in-form midfielders at the moment, Christian Pulisic (£7.4m) and Youri Tielemans (£6.6m) have scored a combined 57 points over the last three gameweeks. Of the two, it is Chelsea's Pulisic who is leading the way with five goals in his last three starts. After spending time on the bench from GW5 - GW7, the American midfielder's impressive goalscoring form has meant he is now one of the first names on Lampard's team sheet. Providing excellent value for money at £7.4m, Pulisic faces Man City in GW13. While not a great looking fixture on paper, the reigning champions have only kept one clean sheet in their last five league matches.

Leicester, meanwhile, have an away fixture against Brighton on Gameweek 13. The Seagulls have been playing well at home this season but have already conceded to the likes of West Ham, Southampton, Burnley and Everton in front of their home fans. Operating behind Jamie Vardy (£9.6m), Tielemans has two goals and two assists in his last four matches. While Pulisic has the better form, the combination of Tielemans' fixture and lower price mean he just edges this one but both represent excellent options for FPL managers. 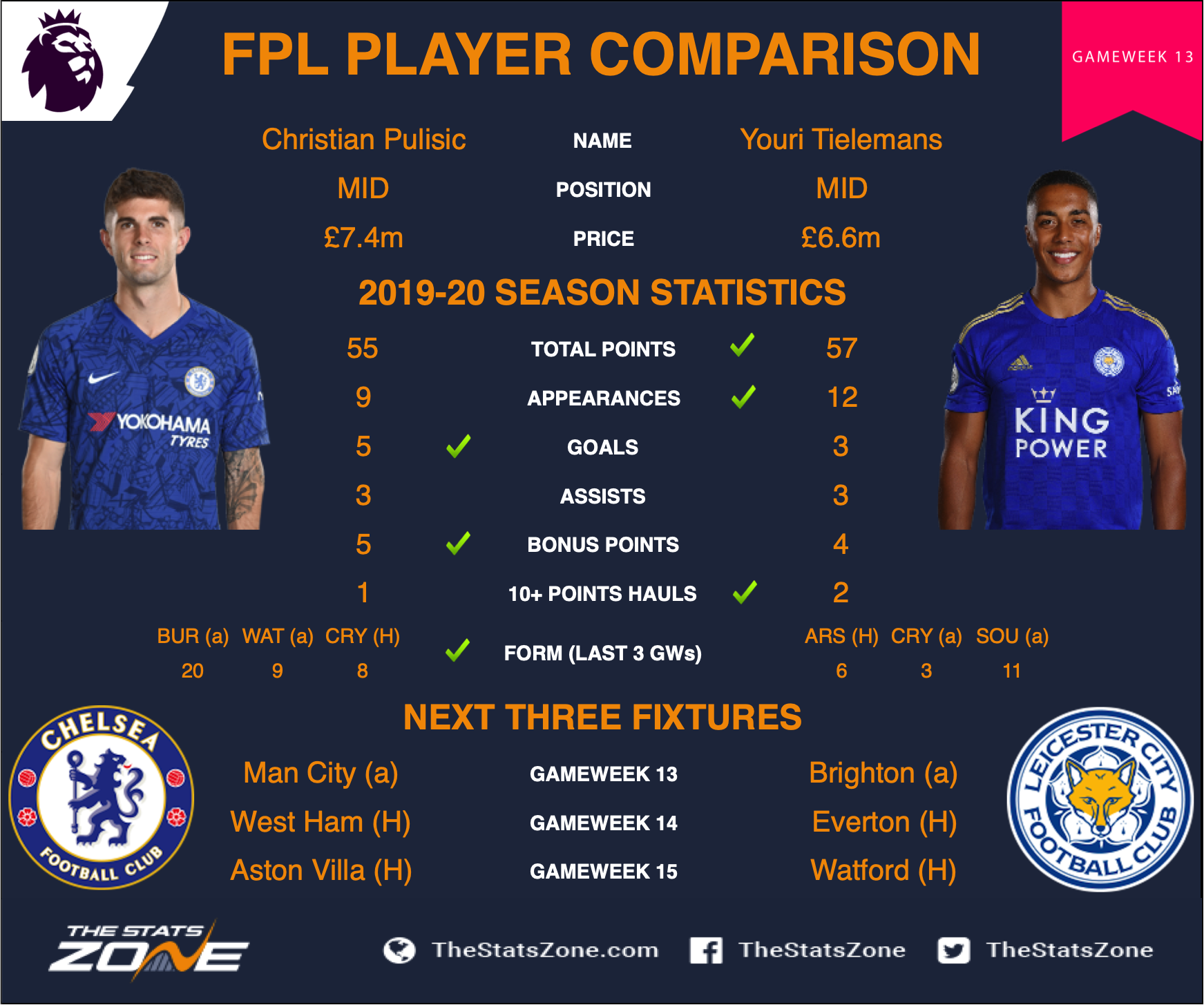