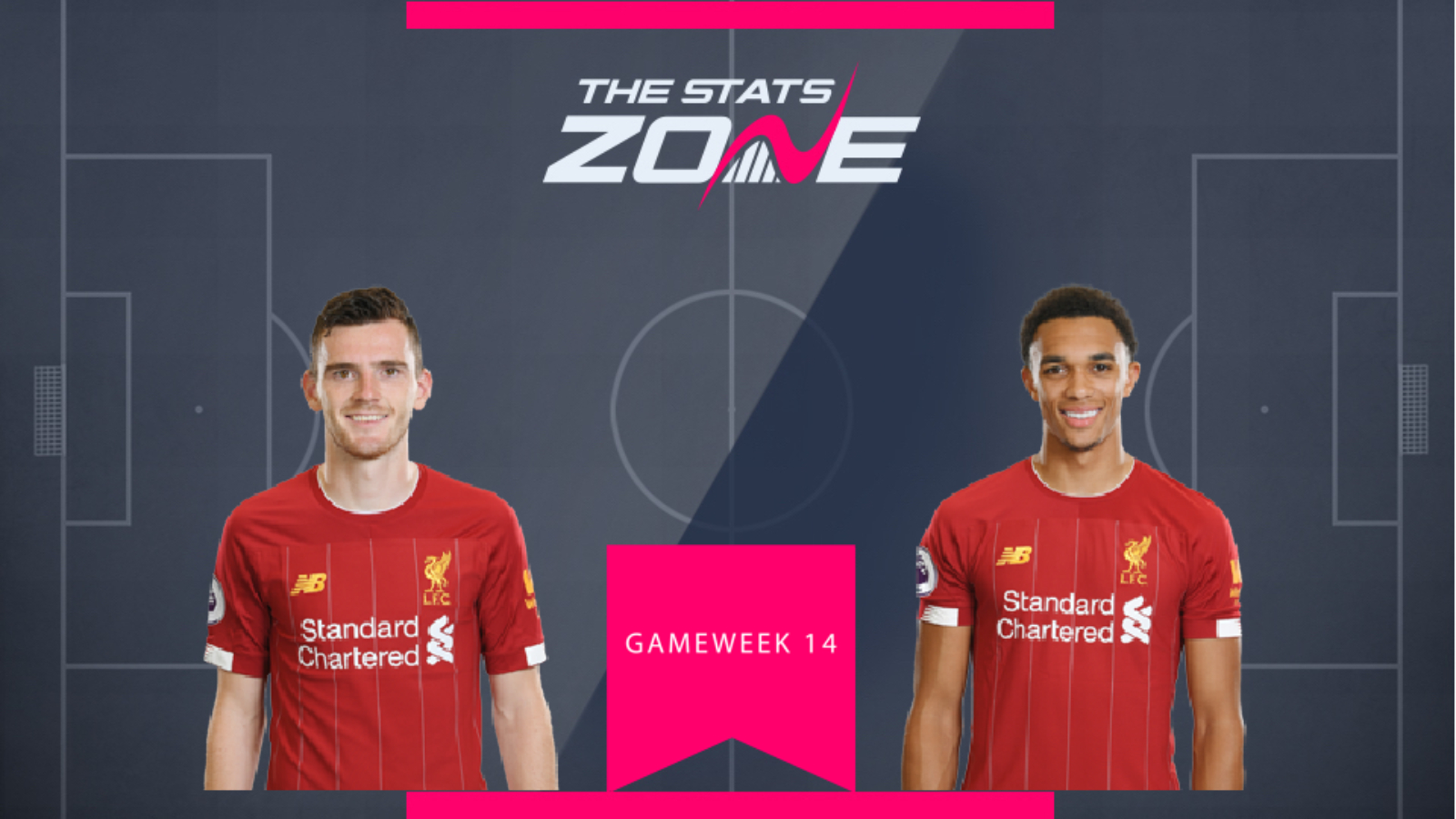 In the running battle between the two starting Liverpool full-backs, Gameweek 13 saw left-back Andrew Robertson (£7.0m) outscore right-back Trent Alexander-Arnold (£7.2m) for the fifth straight gameweek after the Scotsman registered an assist in Liverpool's 1-2 win away at Crystal Palace. Robertson now has four attacking returns (one goal and three assists) in his last five gameweeks.

Gameweek 14 sees Liverpool face Brighton at Anfield and both players could be set for defensive and attacking returns. If choosing one player, then the numbers point towards favouring Robertson as not only is he in better attacking form than Alexander-Arnold, but is also £0.2m cheaper. 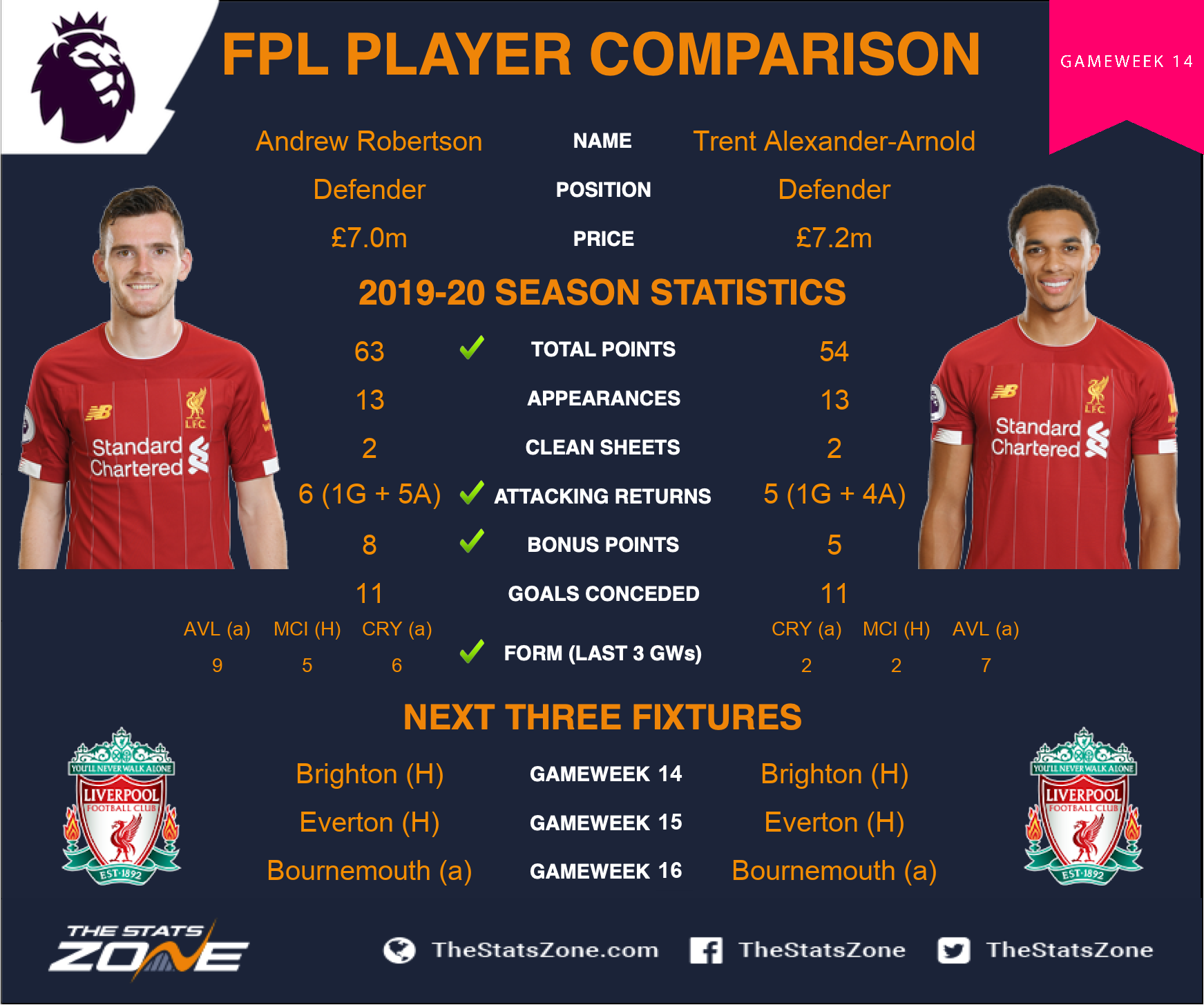