The battle between the two big budget strikers saw both score for their respective sides in Gameweek 11. Man City's Sergio Aguero (£12.0m) was afforded a start by manager Pep Guardiola against Southampton and the Argentinian rewarded his manager and FPL owners with a goal against the lowly Saints.

Both forwards face tough away fixtures in Gameweek 12 with Aguero travelling to Anfield, a ground he has never scored at in eight attempts with Man City, to face top-of-the-table Liverpool. Aubameyang, meanwhile, will go up against a red hot Leicester side at the King Power Stadium, with the Foxes having kept clean sheets in their last two Premier League games. If choosing between the two players, the cheaper Aubameyang has the edge for us due to Aguero's dismal Anfield record and the risk of the Man City striker not starting in favour of Gabriel Jesus. 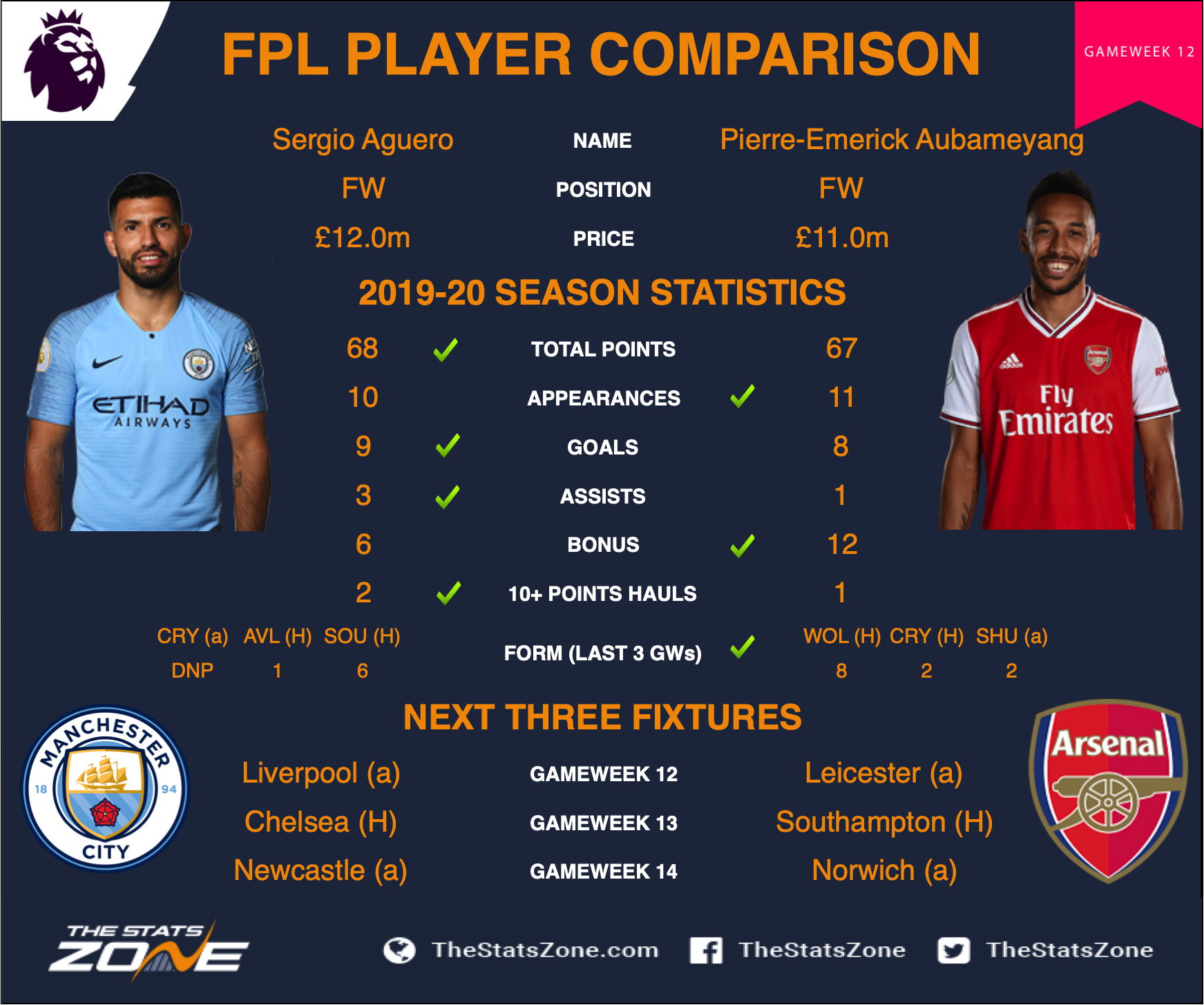