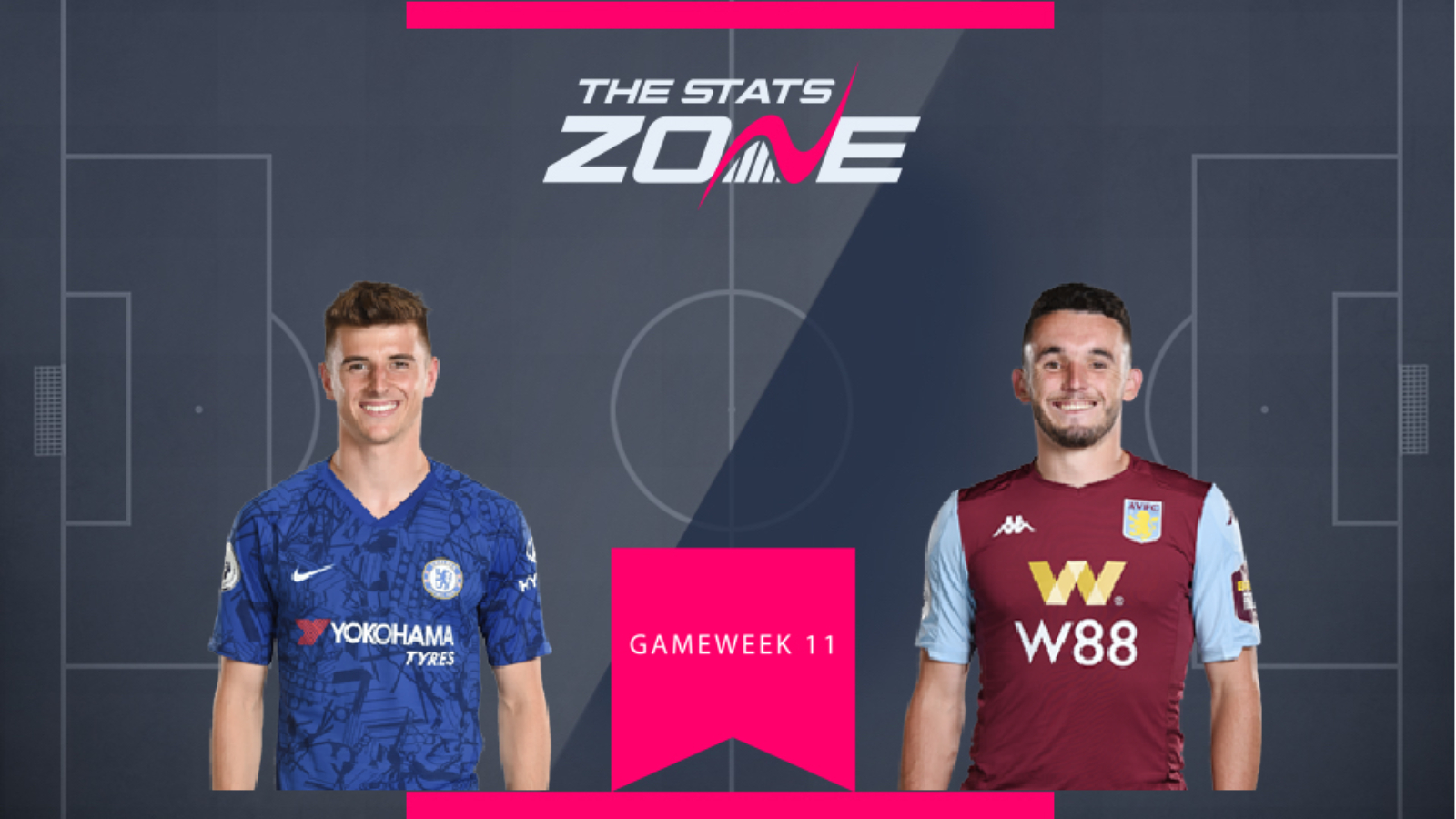 After impressing at the start of the season, both Mason Mount (£6.9m) and John McGinn (£5.8m) have seen their form tail off slightly in recent weeks, with both only scoring nine FPL points in the last three gameweeks. That said, their lack of points can be put down to a number of factors. McGinn has come up against both Man City and Liverpool in the last two gameweeks, while Mount was an inch away from scoring against Watford last time out as he rattled the crossbar from distance.

As such, they are still excellent candidates for your team and have the fixtures in Gameweek 12 to reward FPL managers who keep the faith. Mount has a home match against Crystal Palace, whereas McGinn travels to Wolves. With this in mind, when it comes to a choice between the two, a slightly longer term view is needed. Chelsea play Man City in GW13, whereas Aston Villa have a home match against Newcastle. 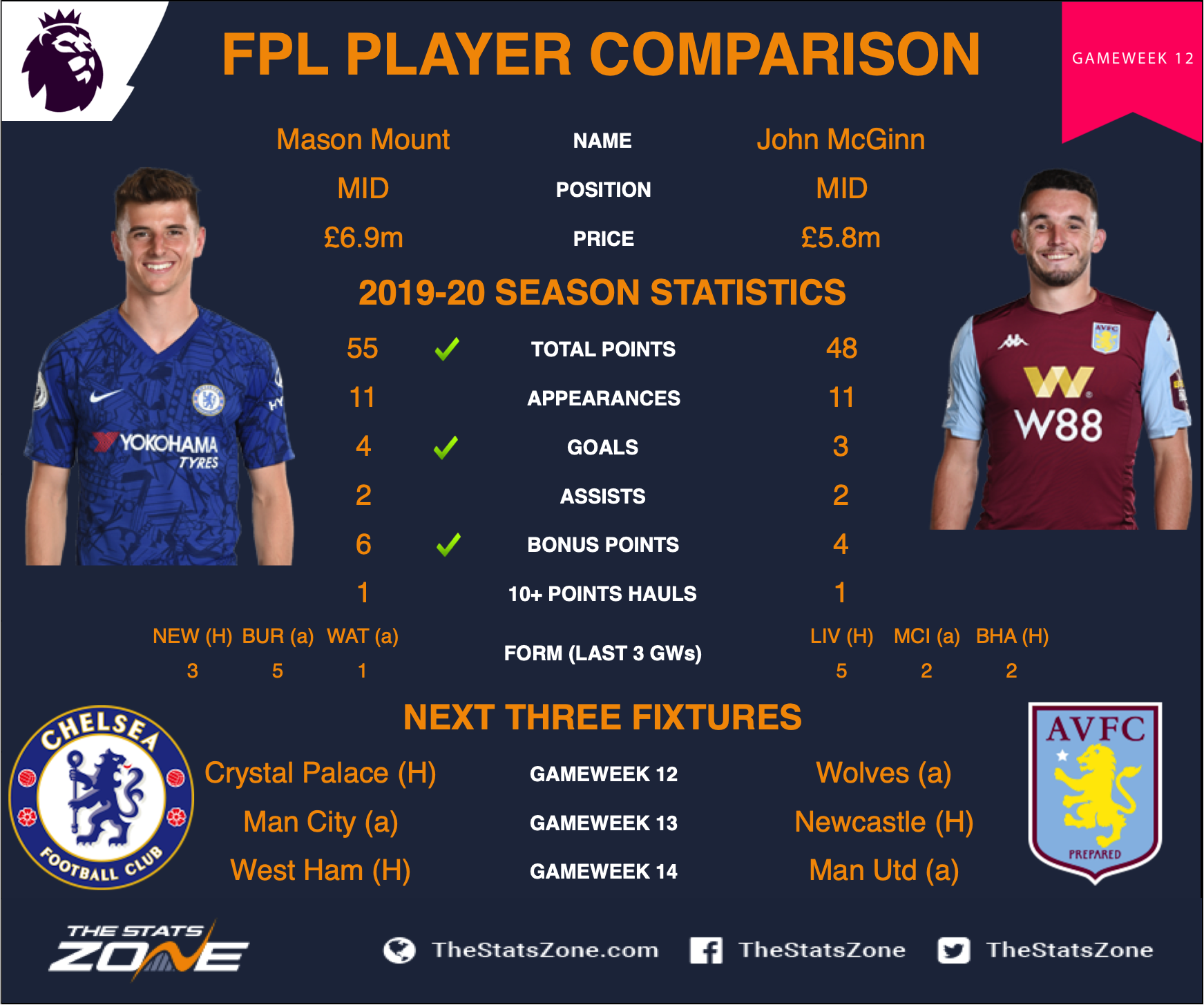