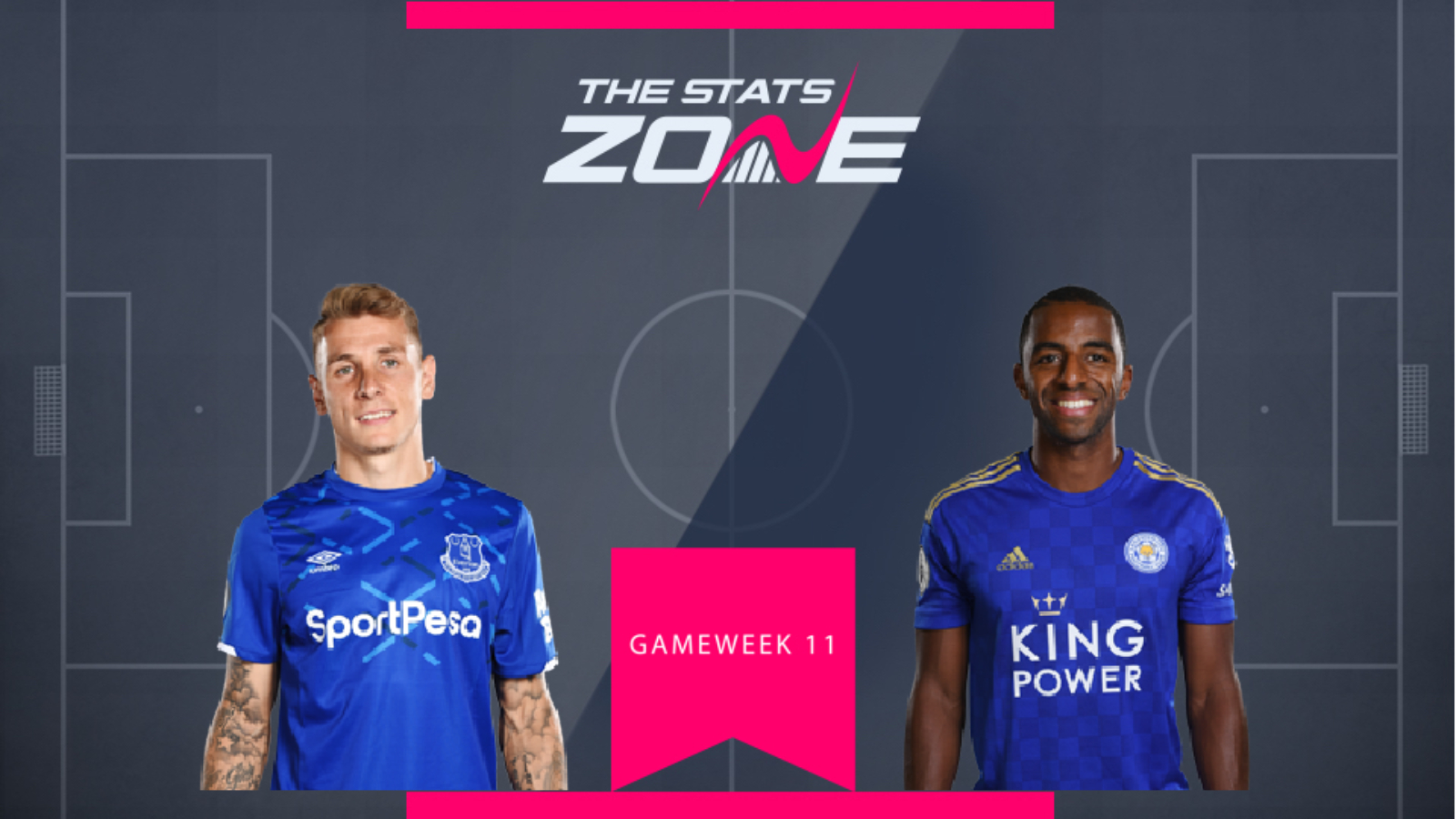 This comparison sees us look at two full-backs with a penchant for attacking returns. Everton’s Lucas Digne (£5.9m) provided a late assist against Spurs in Gameweek 11 with a brilliant first time cross that saw Cenk Tosun head home an equaliser in the 97th minute, while Leicester’s Ricardo Pereira (£6.3m) recorded his second clean sheet in succession as the Foxes defeated Crystal Palace at Selhurst Park. The right back is now the second highest scoring defender in FPL with 54 points compared to Digne’s 38 points.

Gameweek 12 sees the Toffee’s travel to a Southampton side low on confidence and Digne will be a good bet to not only keep a clean sheet but also to be involved at the other end of the pitch. A tougher test awaits Pereira at home to Arsenal. However, Leicester have established themselves as somewhat fixture proof so far this season and owners of the right-back will be confident of another positive return points wise. If choosing between the two, the fixtures favour the Frenchman in this particular gameweek and his cheaper price tag seals the deal for us. 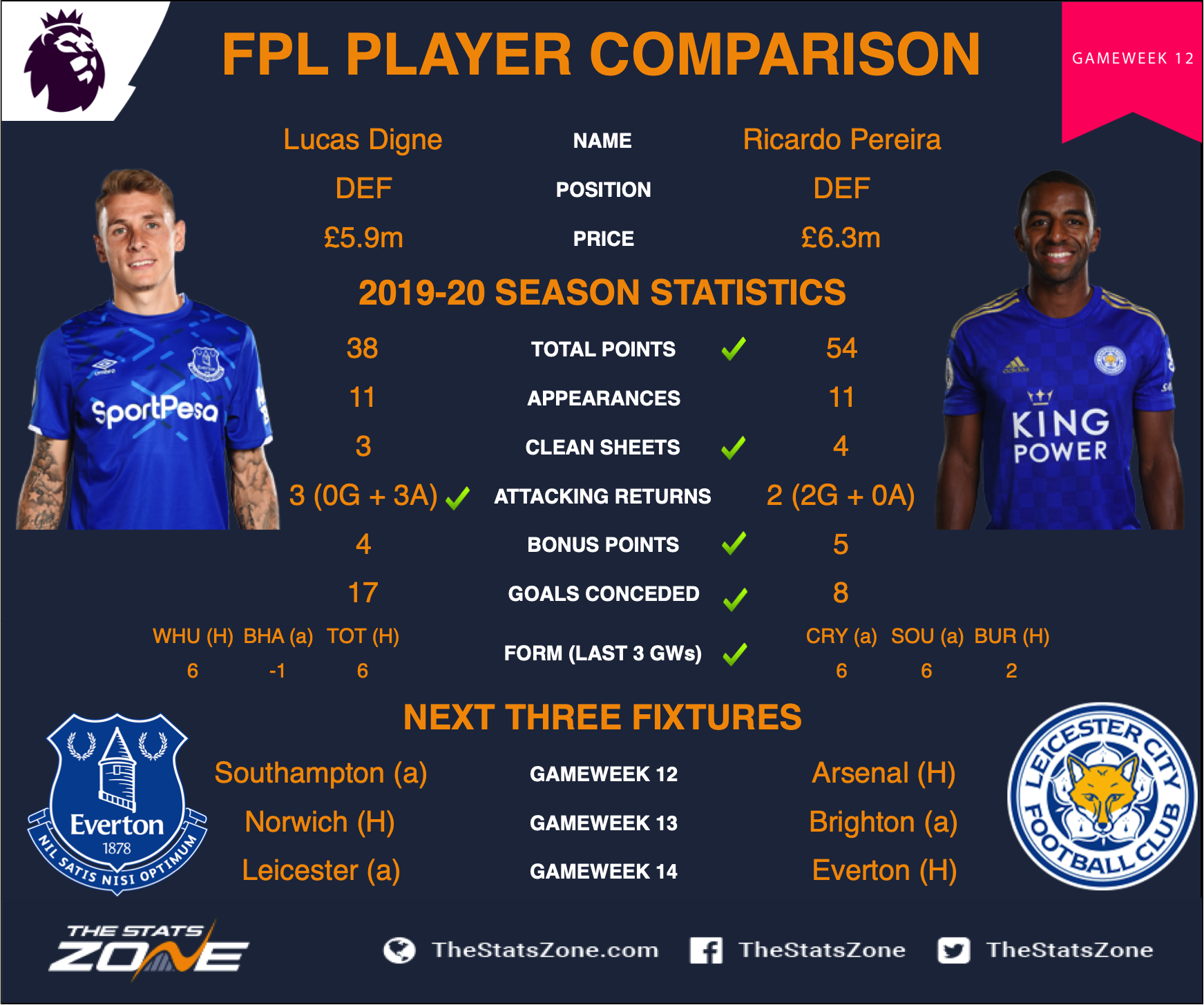