Just when you think John Lundstram (£4.8m) couldn’t be revered anymore within the FPL community, the defender (in FPL status only) single-handedly saved the gameweek of managers across the world last weekend with an incredible 21-point haul in Sheffield Utd’s 3-0 win over Burnley. Lundstram’s patented lung-busting runs into the box from central midfield saw him pick up two goals to go with the clean sheet.

Also on the scoresheet in Gameweek 11 was Leicester defender Caglar Soyuncu (£4.8m). A goal and a clean sheet for the Turkish international saw him pick up 14 FPL points for the weekend as he continues to stake his claim as a cheap route into the Foxes defence. Gameweek 12 sees Lundstram face an away trip to Spurs and Soyuncu’s Leicester welcome Arsenal to the King Power Stadium. Whilst Sheffield Utd have kept three clean sheets in their last four Premier League games, Spurs have failed to score in only one league game this season. Arsenal looked incredibly toothless in their last away league game (ironically against the Blades) and we fancy Soyuncu’s chances of a third successive Premier League shut-out. 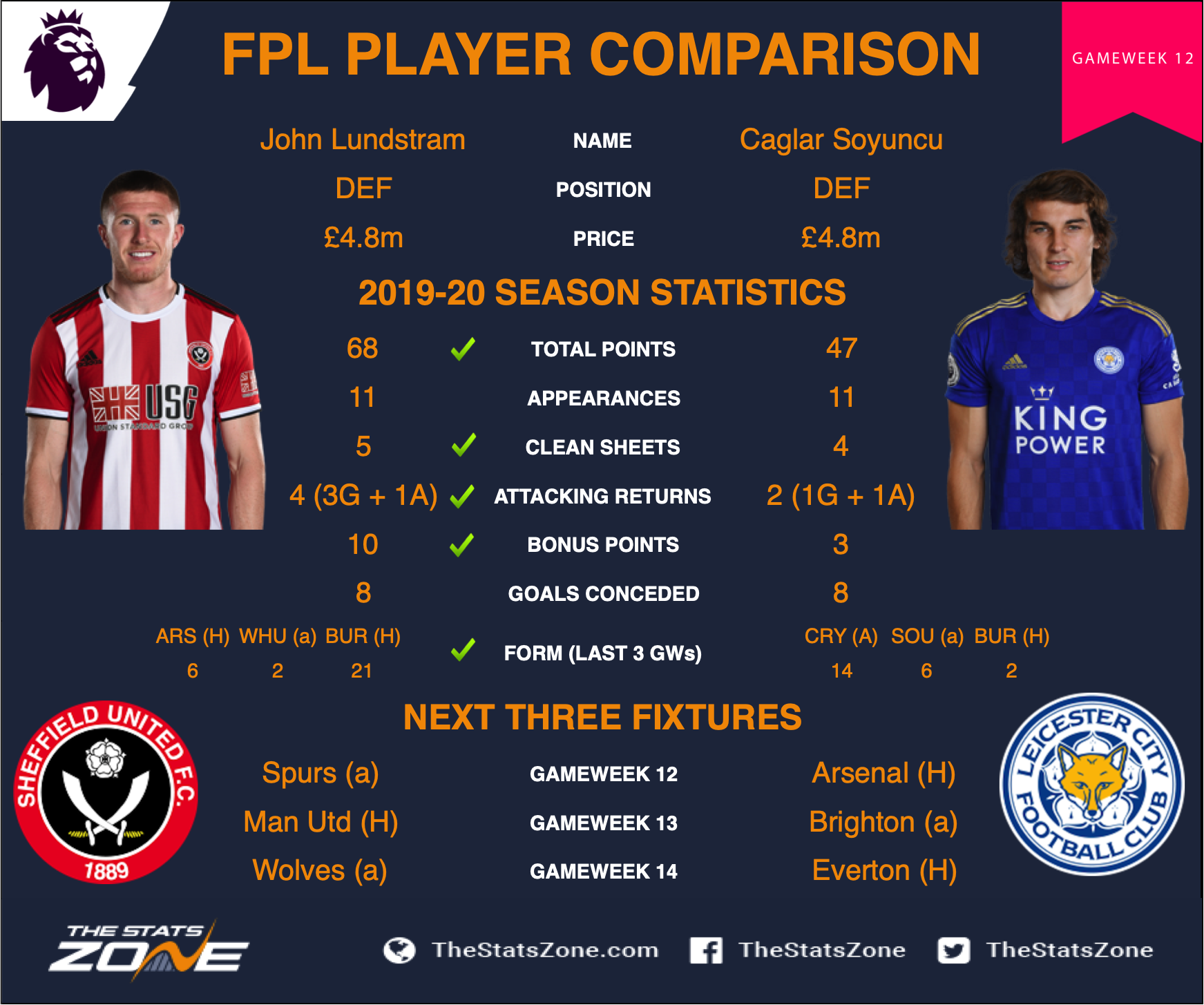