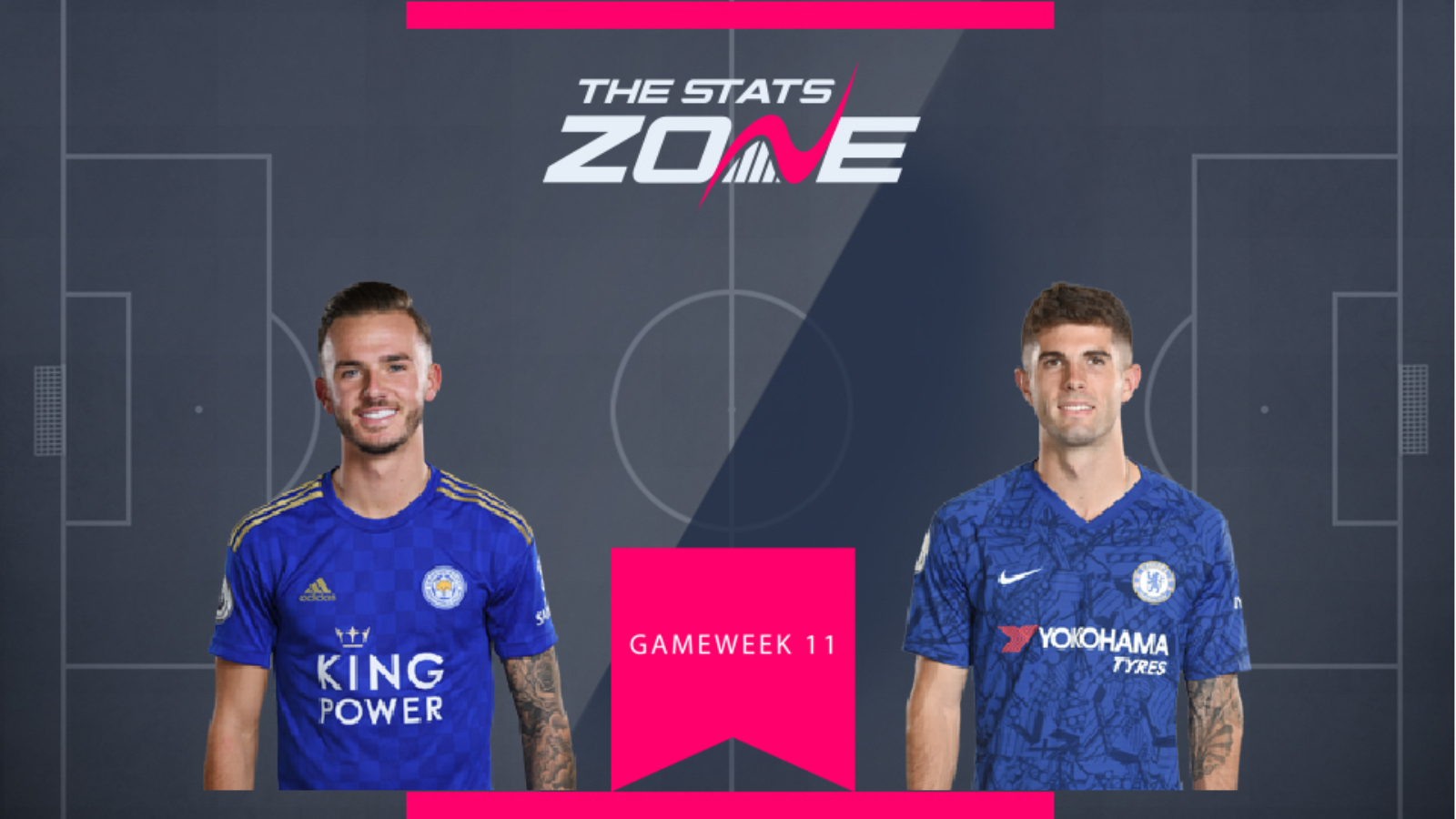 Two mid-priced assets do battle here as James Maddison (£7.4m) and Christian Pulisic (£7.3m) vie for the attention of FPL managers. With both playing for in-form Premier League sides, there are plenty of arguments on either side but a deeper look at the numbers reveals that Pulisic is averaging more points per game than Maddison, having played fewer minutes than the Leicester man.

Granted, Pulisic's numbers are inflated somewhat by his hat-trick against Burnley in Gameweek 10, but this is exactly the kind of explosiveness you want from an FPL asset. Despite this though, we are siding with Maddison ahead of the Foxes' Gameweek 12 fixture against Arsenal. A nailed-on starter in Brendan Rodgers' expressive side, the same cannot be said for Pulisic with the American competing with Callum Hudson-Odoi on the left-wing. Following a draining 4-4 draw with Ajax on Tuesday during which Pulisic played 90 minutes, it would not be a huge surprise to see him given a rest against Crystal Palace in Gameweek 12. 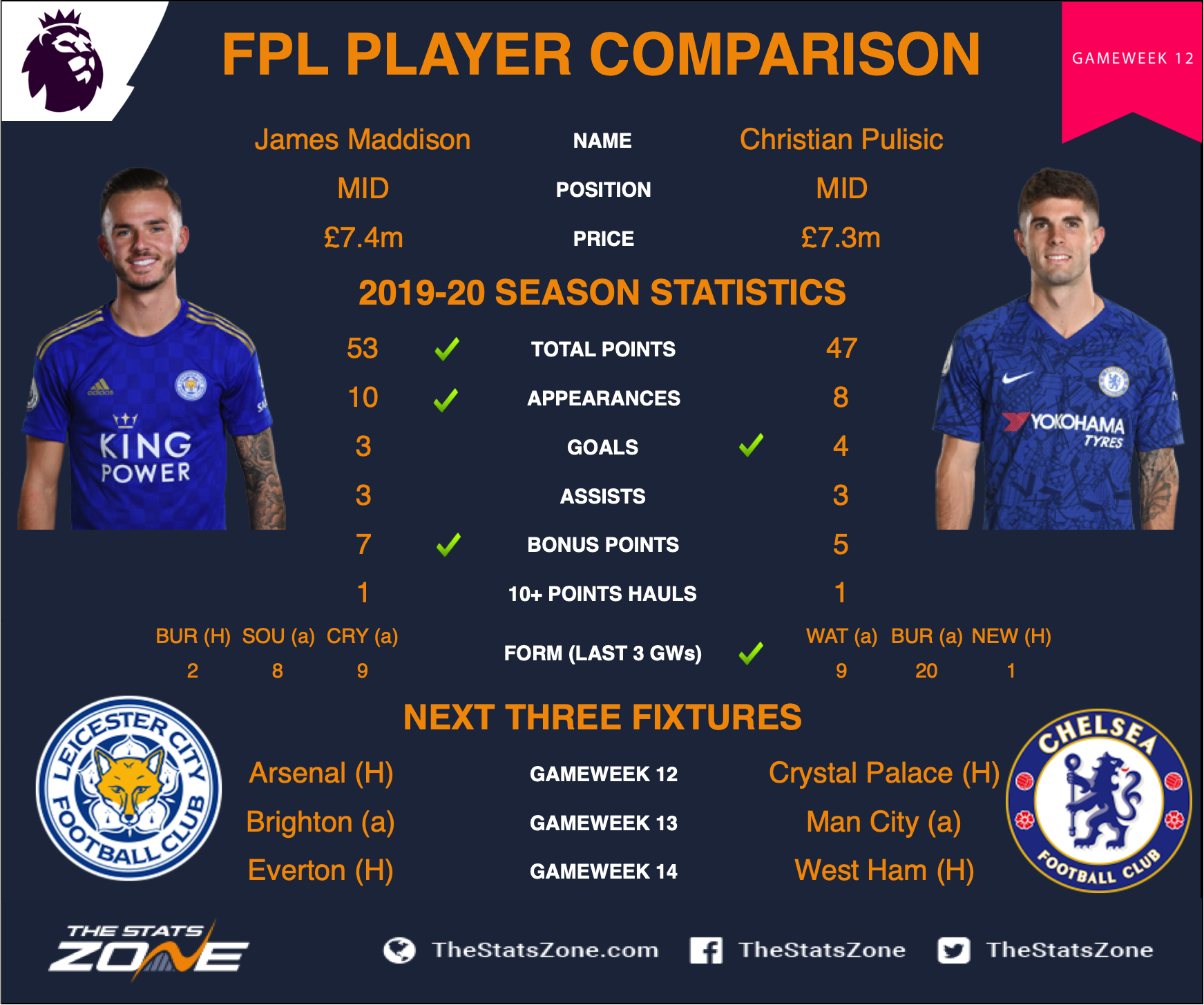