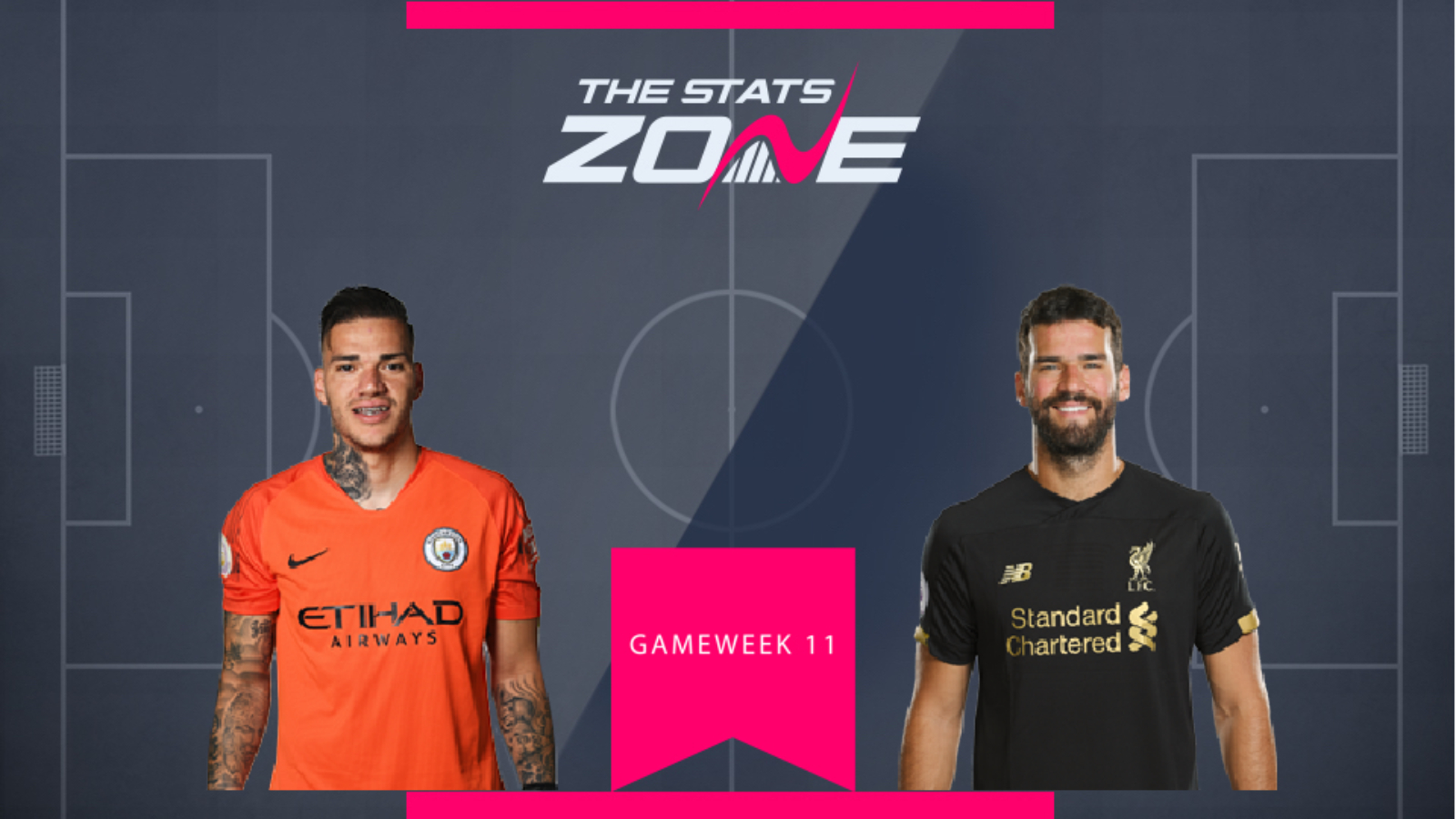 The two most expensive keepers in FPL, Ederson (£6.1m) and Alisson (£5.8m) both started the season priced at £6.0m but an injury to the Liverpool keeper saw him miss seven gameweeks of action and subsequently drop £0.2m. Since his return, Liverpool have played Man Utd and Spurs and conceded a single goal in each match.

During that same time period, Ederson has kept clean sheets against first Crystal Palace and then last weekend at home to Aston Villa. The reigning champions have now kept a league-best five clean sheets this season. Meanwhile, Liverpool boast the joint best defensive record in the league, having conceded just eight times so far. Despite this though, the Reds have only kept two clean cleans in the opening ten gameweeks and it is for this reason that Ederson is the preferred option. City may concede slightly more goals but they currently also keep more clean sheets than their title rivals. 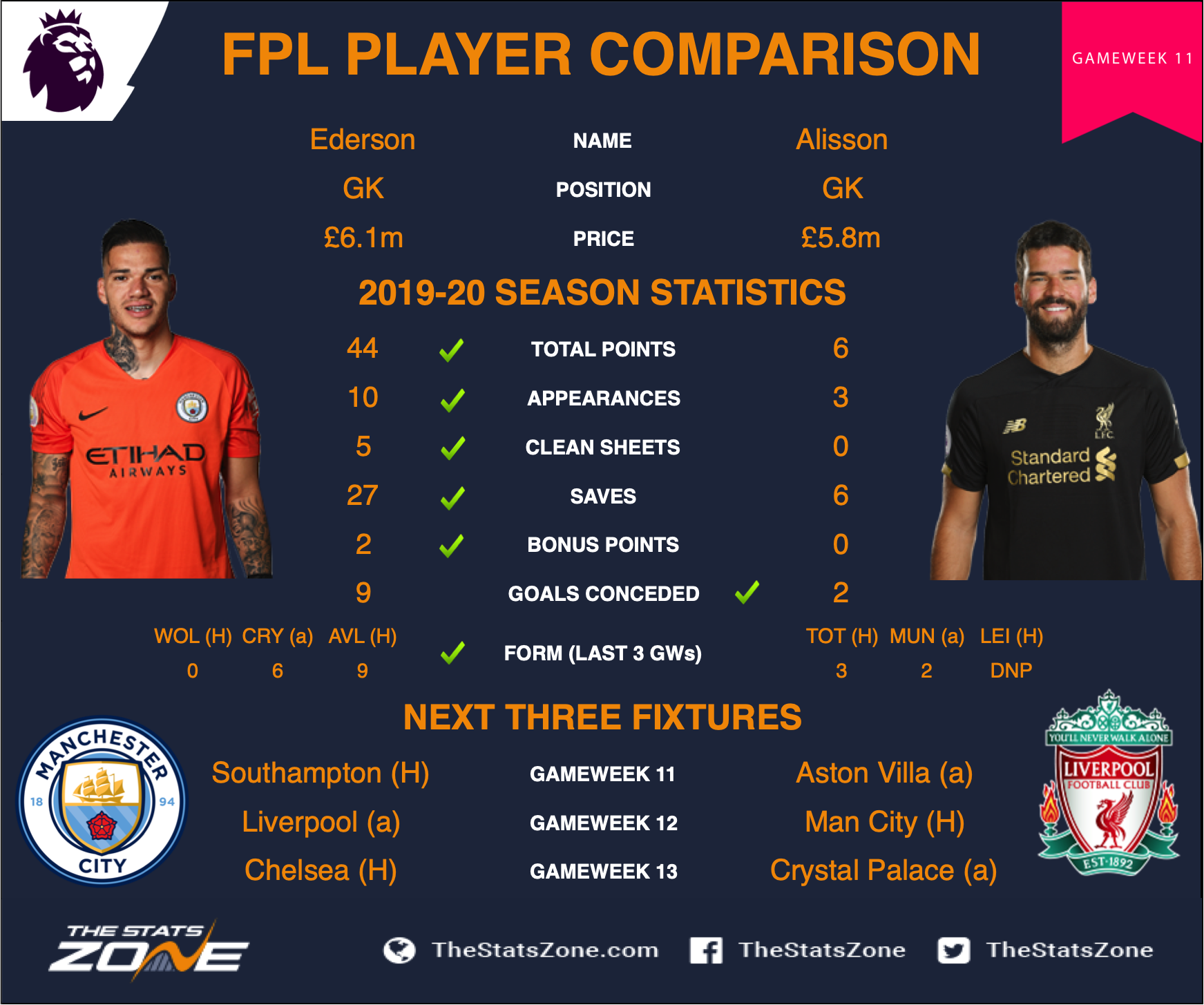