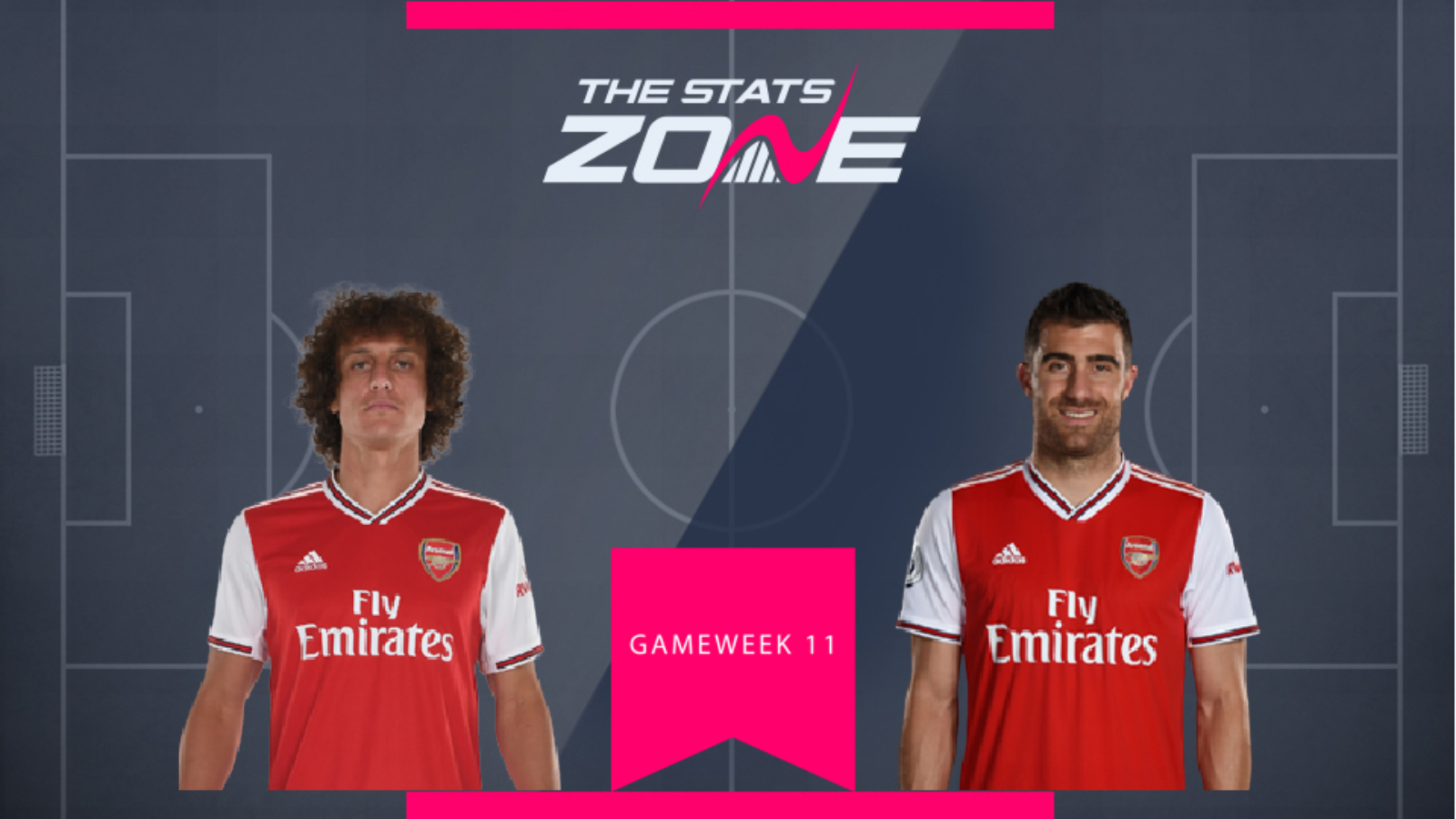 A look at Arsenal's current plight really begs the question why any FPL manager would even consider owning an Arsenal player at this current stage of the season. That said, both David Luiz (£5.8m) and Sokratis (£5.0m) are actually doing quite well in the confines of FPL players. Over the last three gameweeks, Luiz has scored 24 points at an average of eight per appearance, while his defensive partner has 14 points over the same time period.

Both have benefited from attacking returns, with each finding the net in last weekend's 2-2 draw with Crystal Palace. Expecting them to score goals on a weekly basis though is unsustainable. Instead, it is generally clean sheets rather than goals that keep defensive points ticking over. As both David Luiz and Sokratis play for the same team, they have the same chance of recording a clean sheet. Both seem like a bit of a punt, Sokratis costs £0.8m less than Luiz so gets the nod here. 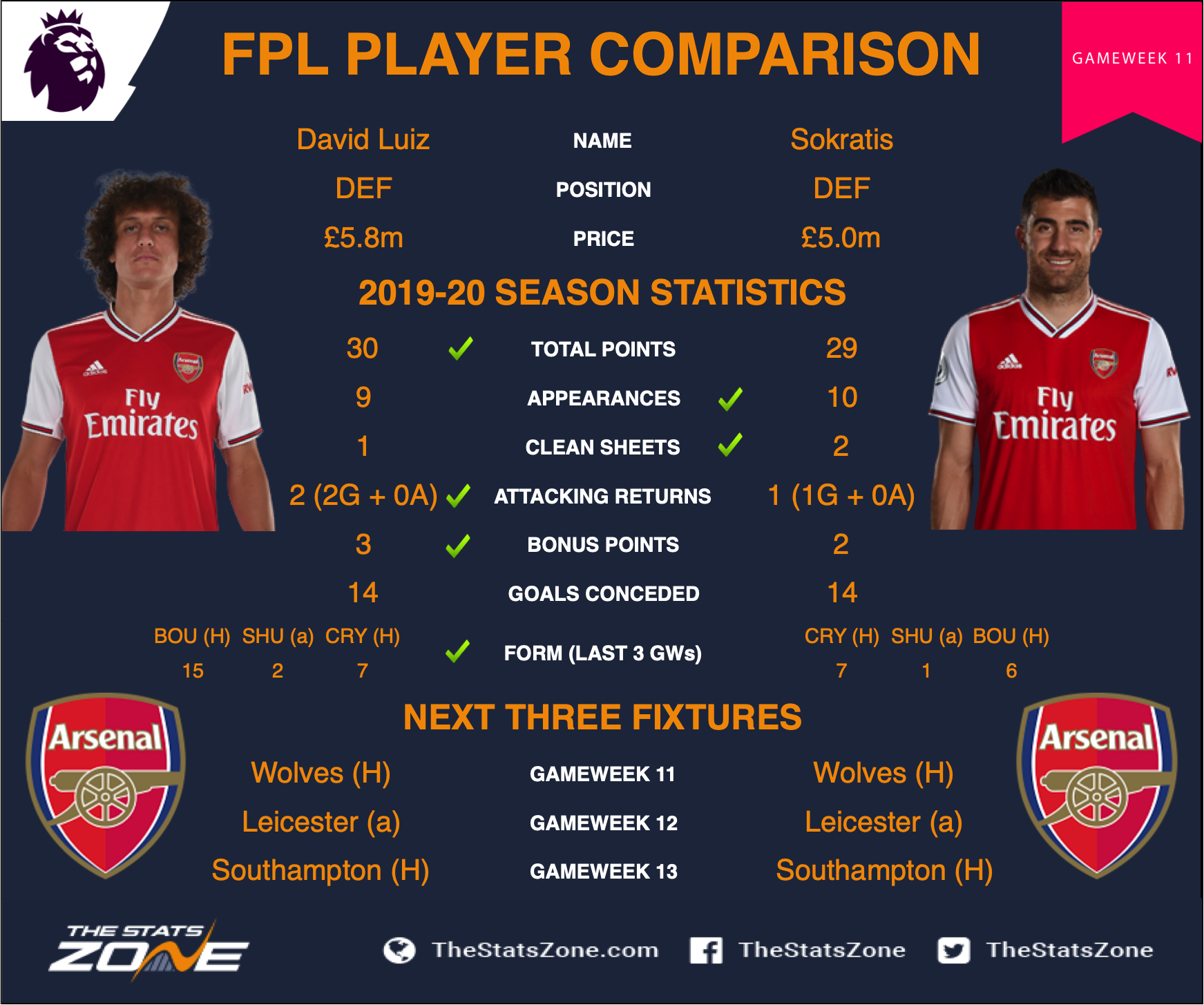