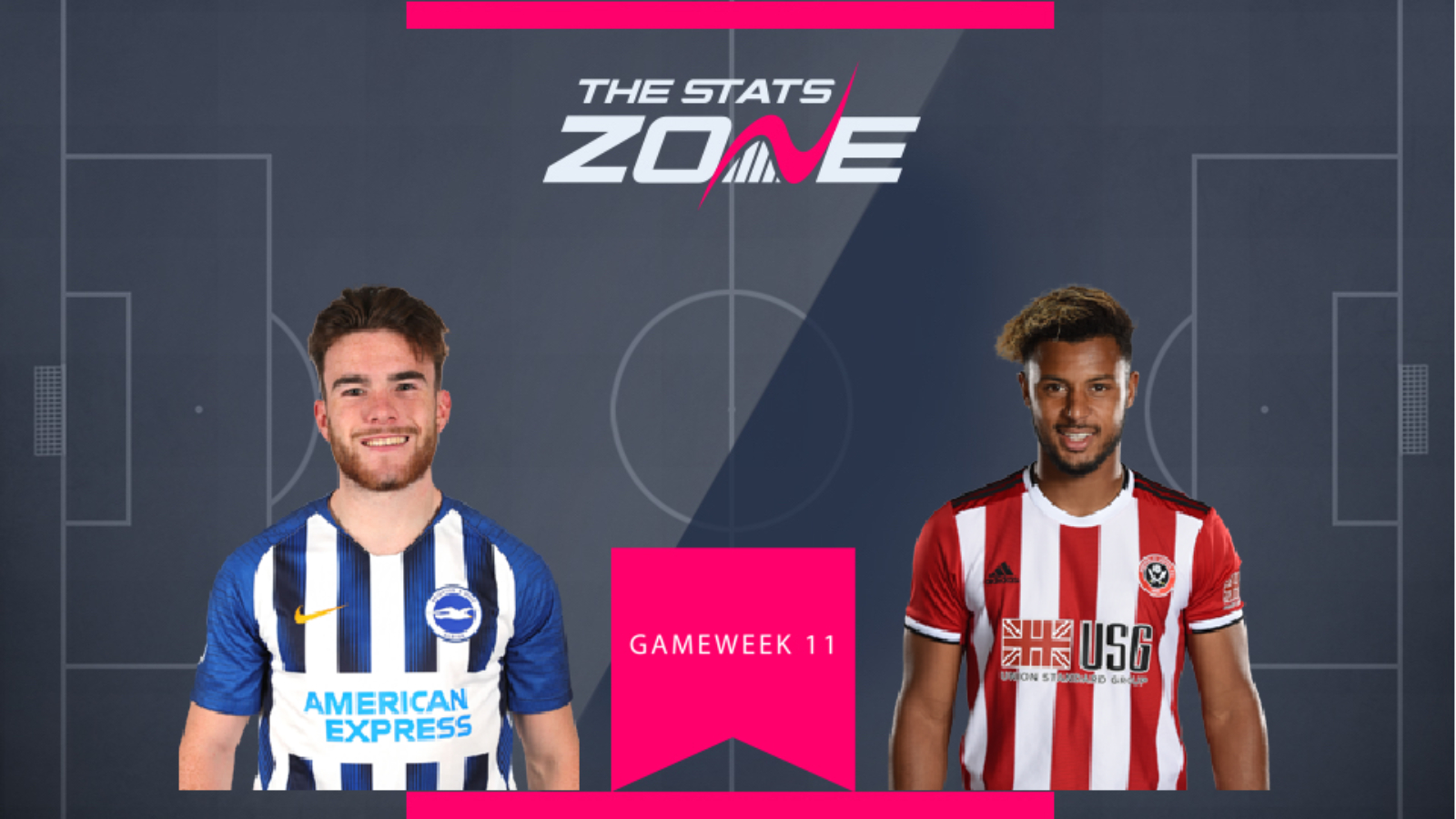 Aaron Connolly's (£4.6m) stock continued to rise after his two assists against Everton in Gameweek 10, with the latest trendy budget forward set to rise in ownership as a result. The youngster has started the last three games for Brighton and represents excellent value for money at this moment in time.

You'll pay a little more for Lys Mousset (£4.9m), who is starting to prick the ears of FPL managers after scoring in consecutive gameweeks. The issue for Mousset has been security of starts at Sheffield Utd, but recent form will surely encourage Chris Wilder to reward the Frenchman with more game-time, which will only increase his Fantasy appeal. The Blades host a surprisingly vulnerable Burnley outfit in Gameweek 11, which could prove profitable for Mousset if he gets enough minutes.

However, the lure of Connolly is difficult to ignore and with Brighton hosting a beleaguered Norwich side on Saturday, the victor in this head-to-head simply has to be the Englishman. 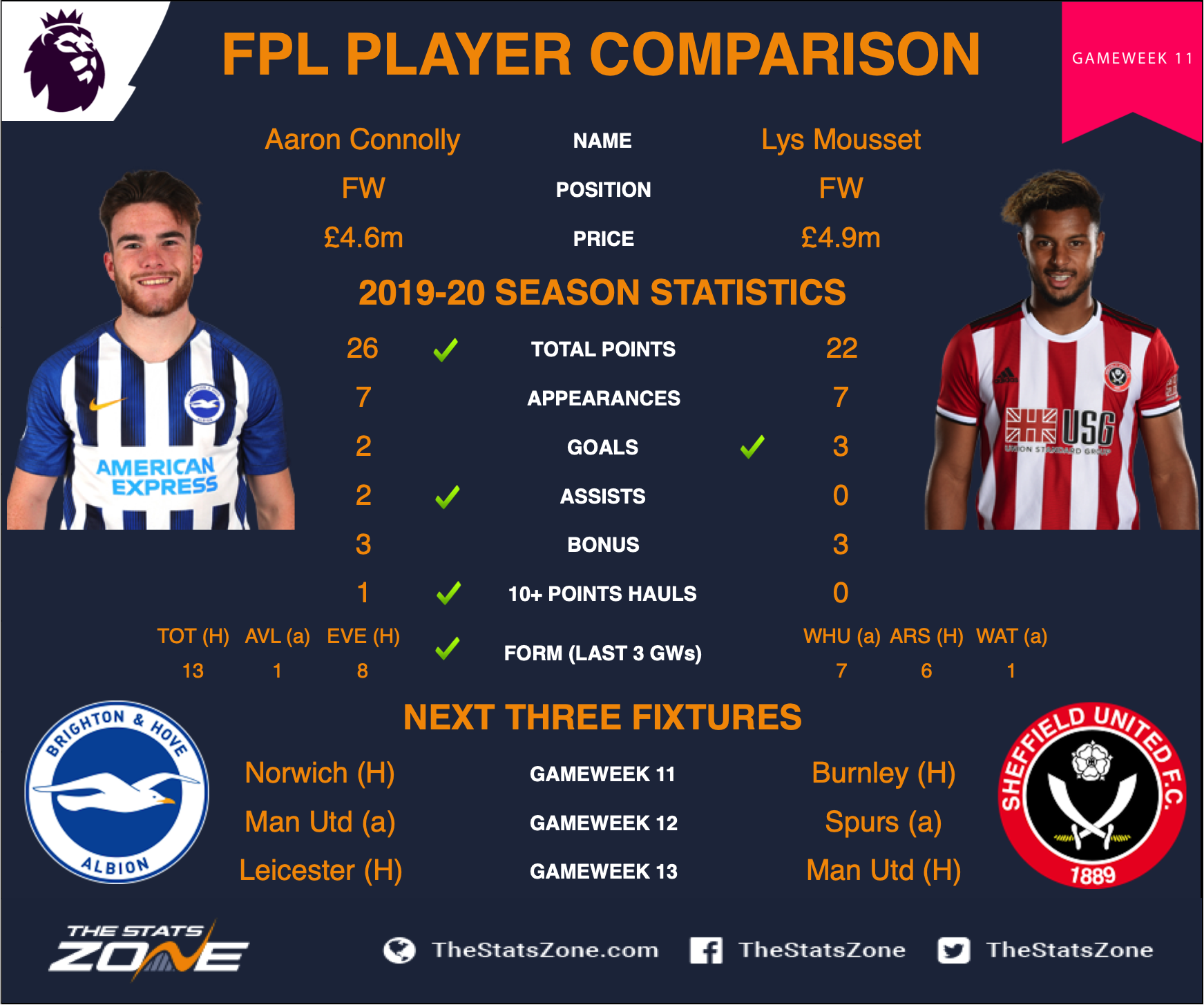