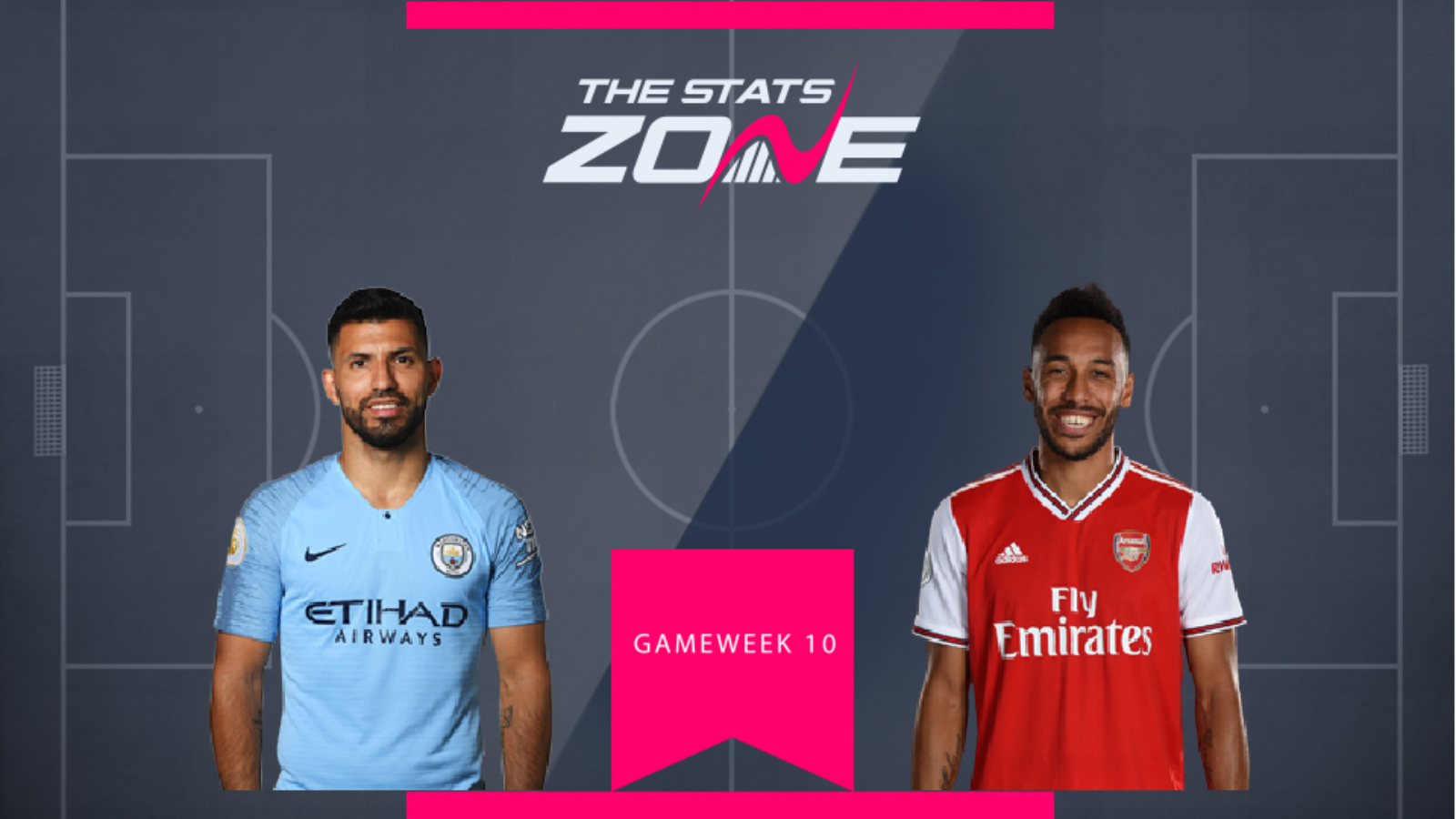 After both Sergio Aguero (£12.2m) and Pierre-Emerick Aubameyang (£11.1m) opened the season with seven straight weeks in which they recorded attacking returns, GW8 and GW9 saw no goals or assists from the pair. While their form will undoubtedly return, there are concerns over owning each of the two moving forward.

For Aguero, something like a trend appears to be emerging over when he does start and when Pep chooses Gabriel Jesus (£9.5m). Essentially, Aguero would appear to be starting the home matches, while Jesus starts away. For Aubameyang, the return of Alexandre Lacazette (£9.3m) from injury could see his chances reduce. Upon entering the match against Sheffield Utd on Monday, Lacazette immediately assumed the No. 9 role, pushing Aubameyang out onto the left side, leaving no doubt over who will be the central striker when they play together.

Up next for Man City is a home match against Aston Villa, while Aubameyang and Arsenal are also at home against Crystal Palace. Both are favourable looking fixtures but given Aguero’s home form and the fact he should start at the weekend, the Argentinian is the preferred option. 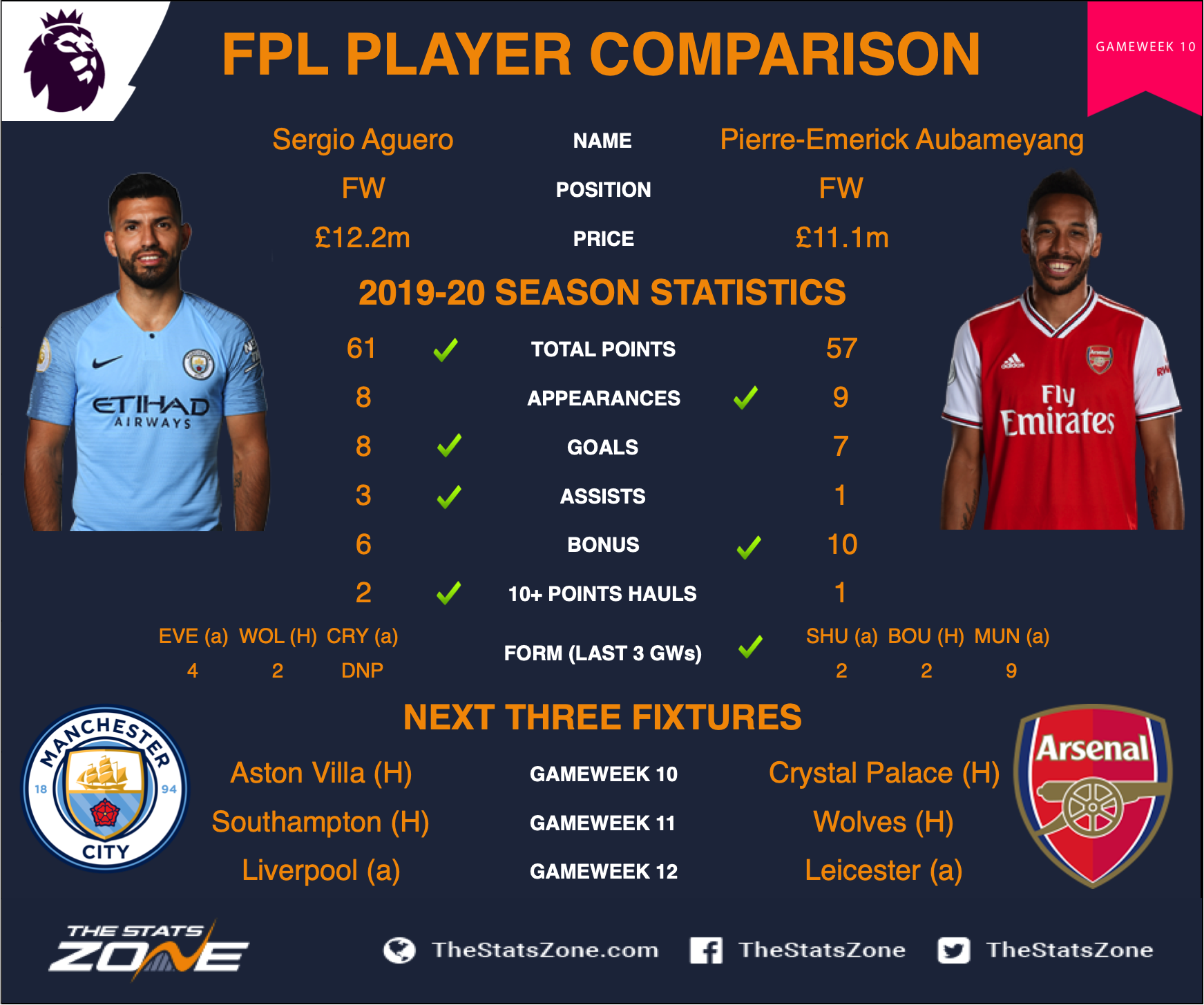