It was a lucrative weekend for FPL owners of these two strikers and both found the net in their respective Gameweek 11 fixtures. Raul Jimenez (£7.2m) of Wolves netted away at the Emirates against Arsenal, whilst Jamie Vardy (£9.4m) made it five goals in his last three games for Leicester after scoring in the Foxes' win over Crystal Palace. Vardy now has an astonishing 48 points in his last five gameweeks and is the highest scoring player in FPL so far this season.

Both face home fixtures against leaky defences in Gameweek 12. Jimenez takes on an Aston Villa side who have conceded 11 goals in their five Premier League away games and the Mexican will be looking to net his third home goal of the campaign. Despite this, it's hard to look beyond Vardy at home to an Arsenal side who have failed to win in their last three Premier League matches. Vardy has accumulated 40 FPL points from the five games that he has played at the King Power Stadium so far this season and it would take a brave FPL player to not own him this weekend. 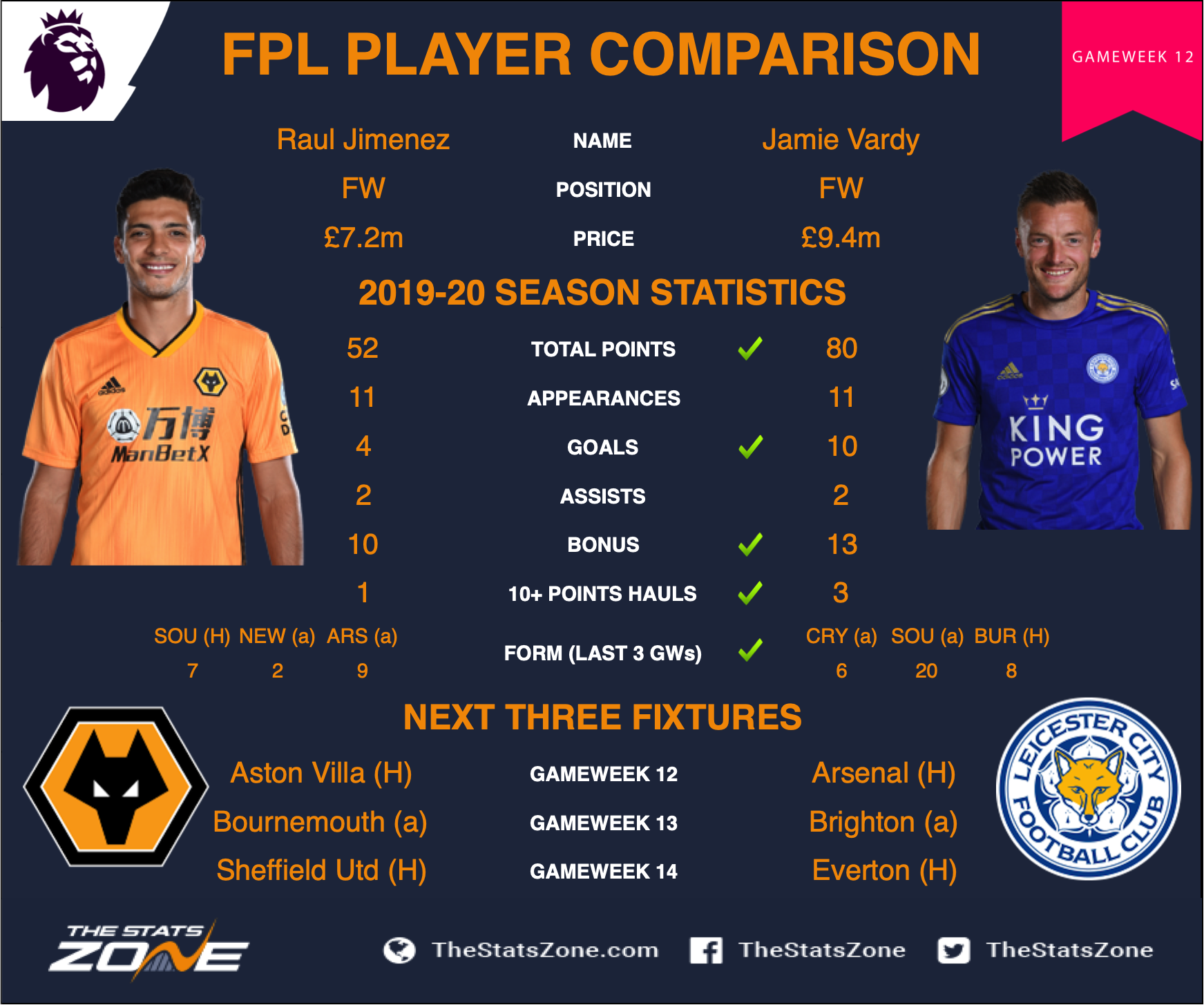