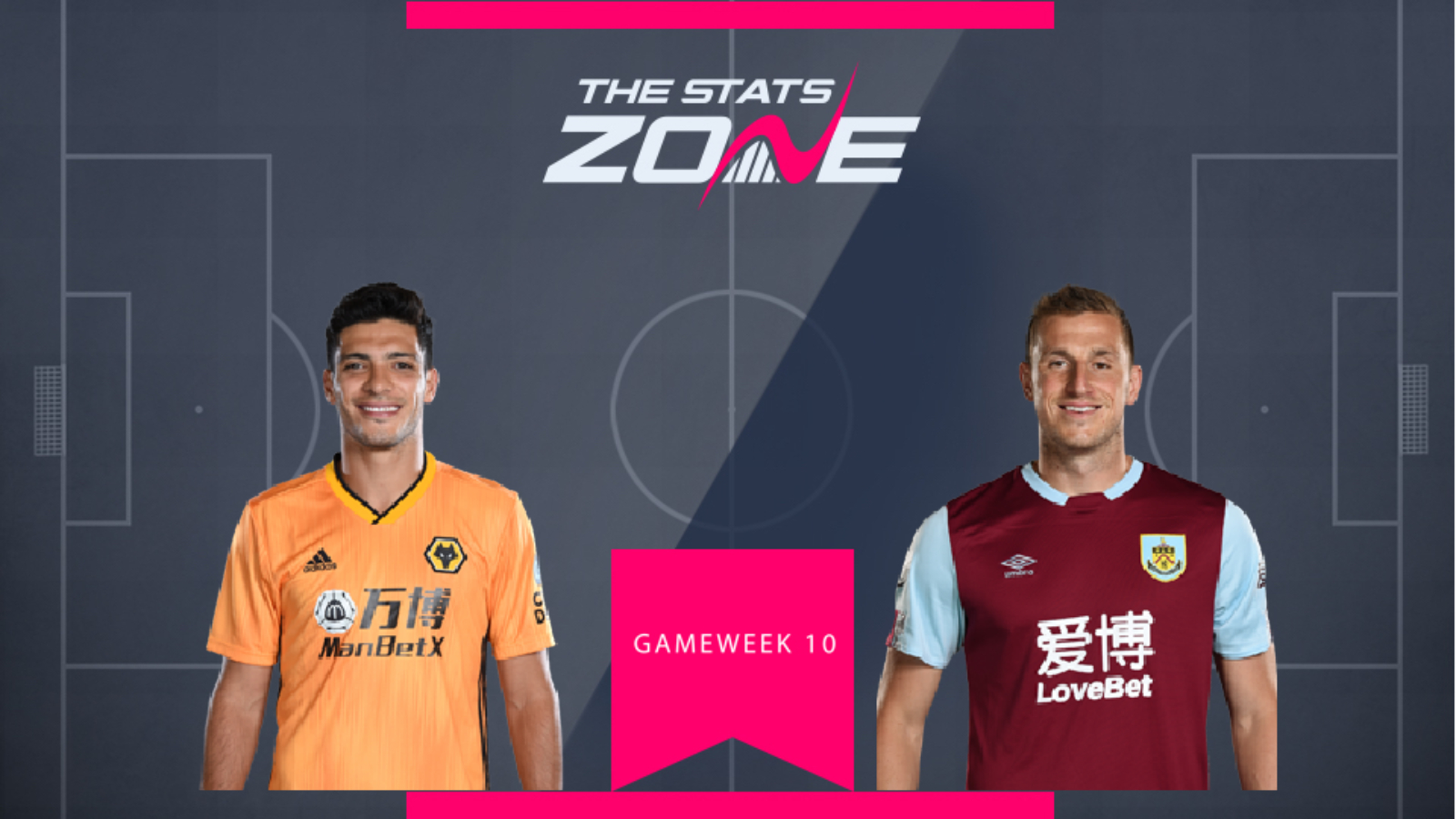 Raul Jimenez (£7.1m) - and indeed Wolves - had a difficult start to the season domestically as they struggled to cope with the demands that Europa League football put on their squad, but both the team and their star striker have vastly improved lately and they have been thrust back into the minds of FPL managers.

After a slow start to the season during which he recorded five consecutive blanks, Chris Wood (£6.2m) has since scored four goals in as many gameweeks with the New Zealander taking over the mantle from Ashley Barnes as Burnley's chief goal threat.

Jimenez played - and scored - in Wolves' Europe League tie in Slovakia on Thursday but the Mexican striker has seemingly been immune to domestic rotation so far as he has started all nine Premier League games to date. Wood, however, is nursing a hamstring injury and is a doubt for the visit of Chelsea on Saturday, so Jimenez gets the nod here with his Wolves side facing off against Newcastle in Gameweek 10. 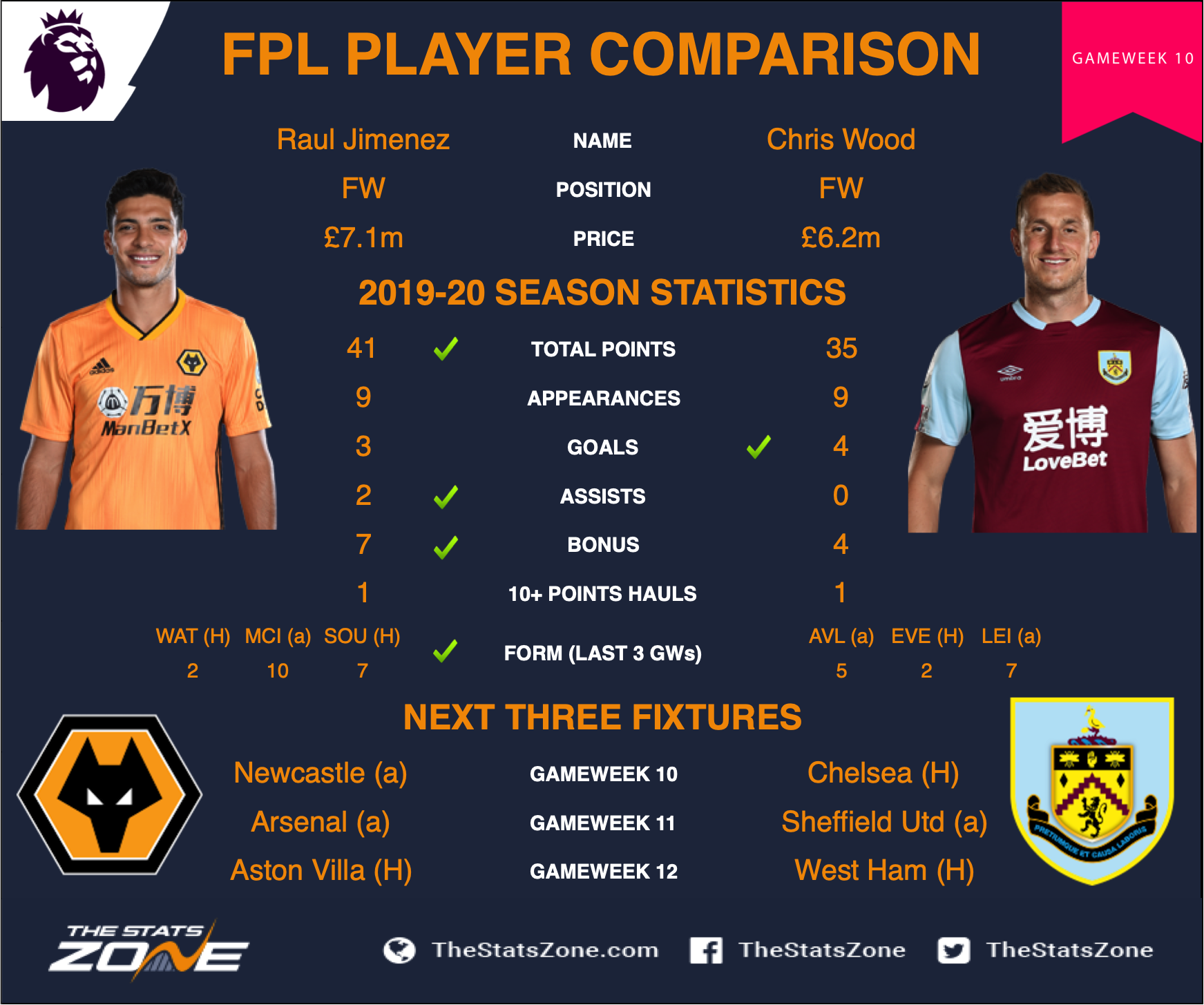