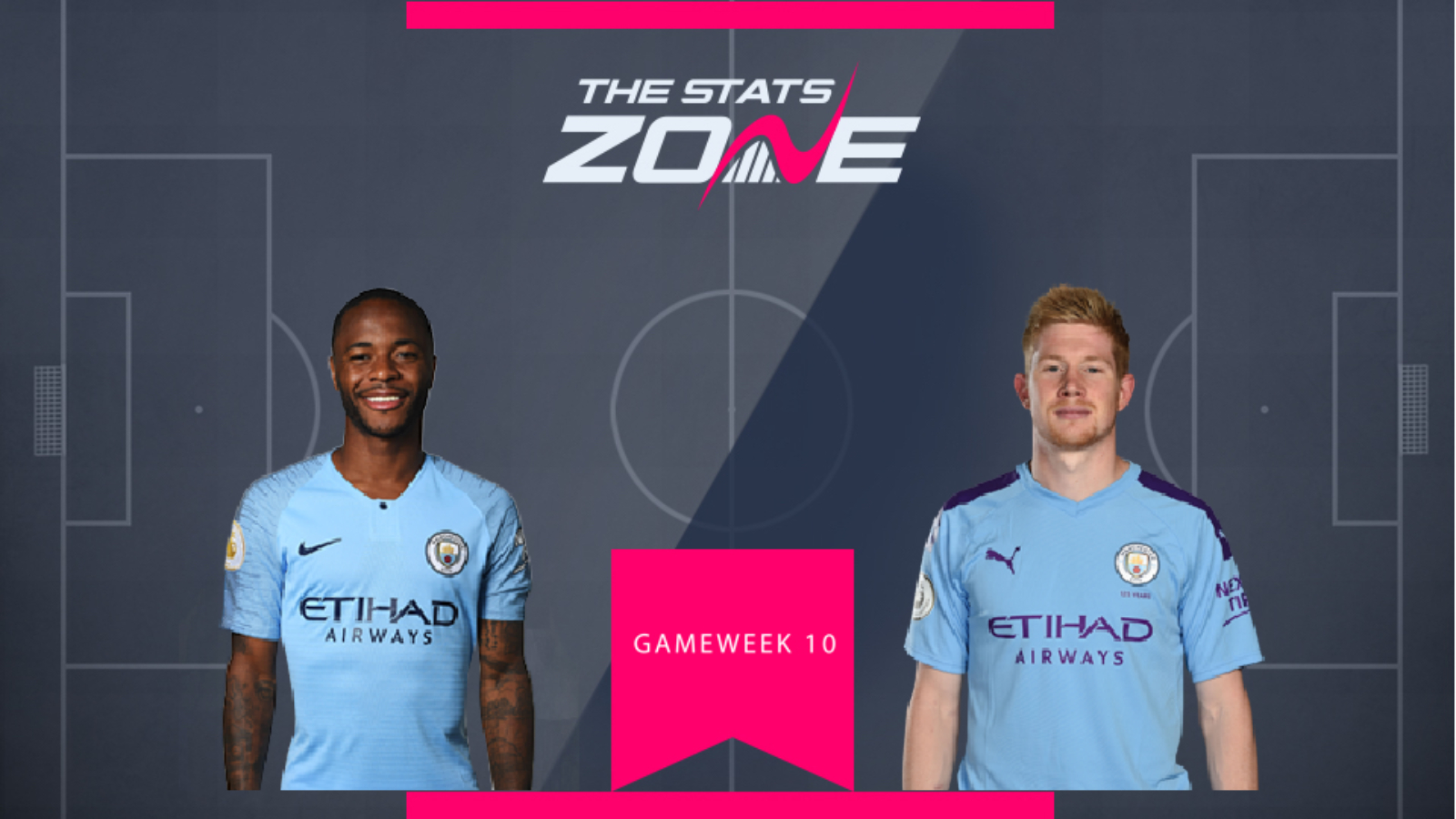 It was just the one Premier League match that Kevin De Bruyne (£10.1m) missed through injury as the Belgian maestro returned to action in Gameweek 9 against Crystal Palace. By some small miracle, he didn't register an attacking return in that match as he was thwarted by a post, some obdurate VAR rules and a selfish Gabriel Jesus. Similar can be said of Raheem Sterling (12.1m), as despite laying on an assist for David Silva's strike, the Englishman squandered a number of opportunities to score in what was a wasteful display that frustrated his owners.

Up next for City are an Aston Villa side who have taken seven point s from the last nine available but with Liverpool dropping points for the first time this season in Gameweek 9, Pep Guardiola will be keen to crank up the pressure on the league leaders with this early kick-off on Saturday. Although Sterling is statistically more likely to find the net than De Bruyne, the Belgian has proven himself to be a more reliable FPL point scorer this season and he wins out in this particular contest. 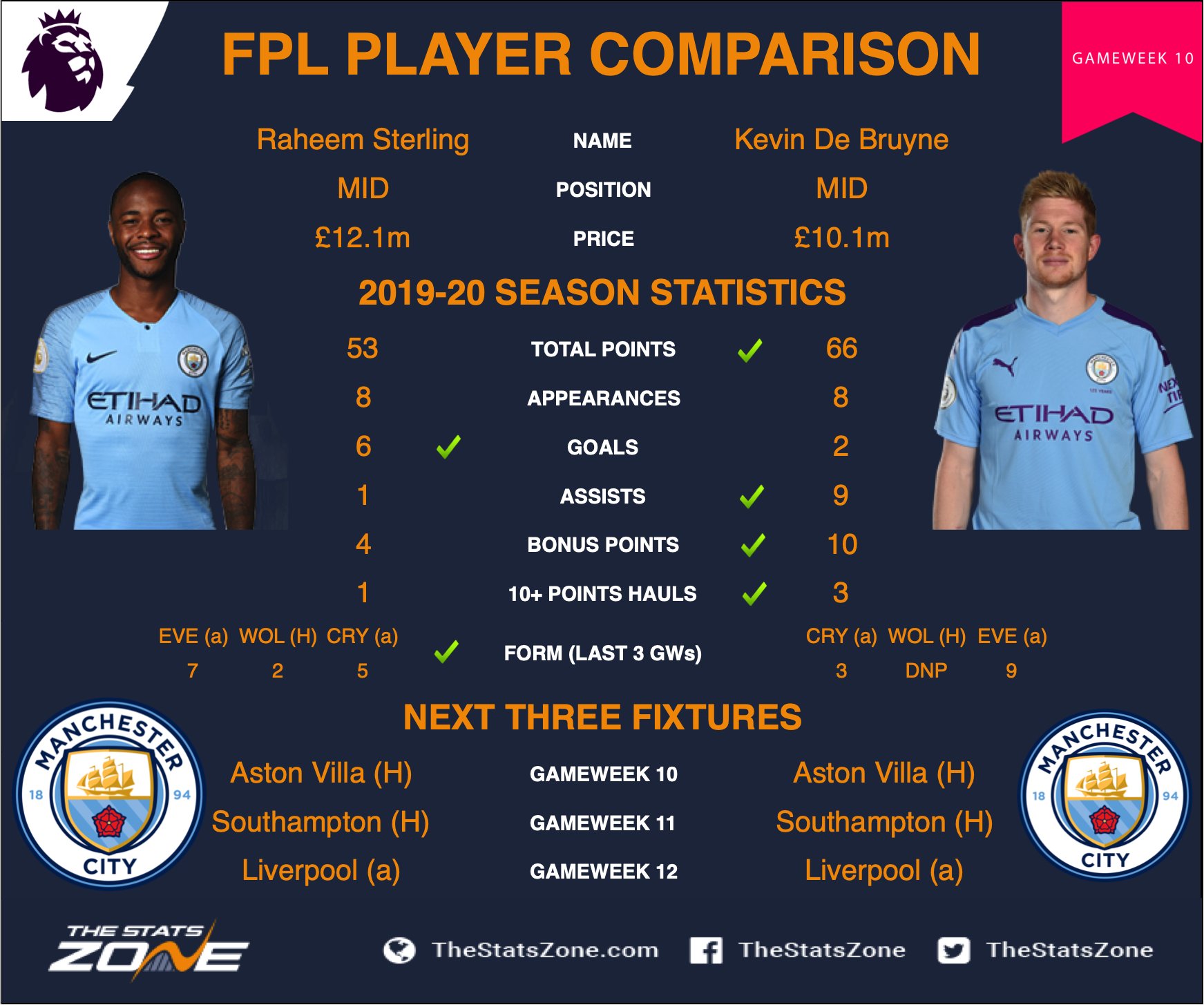