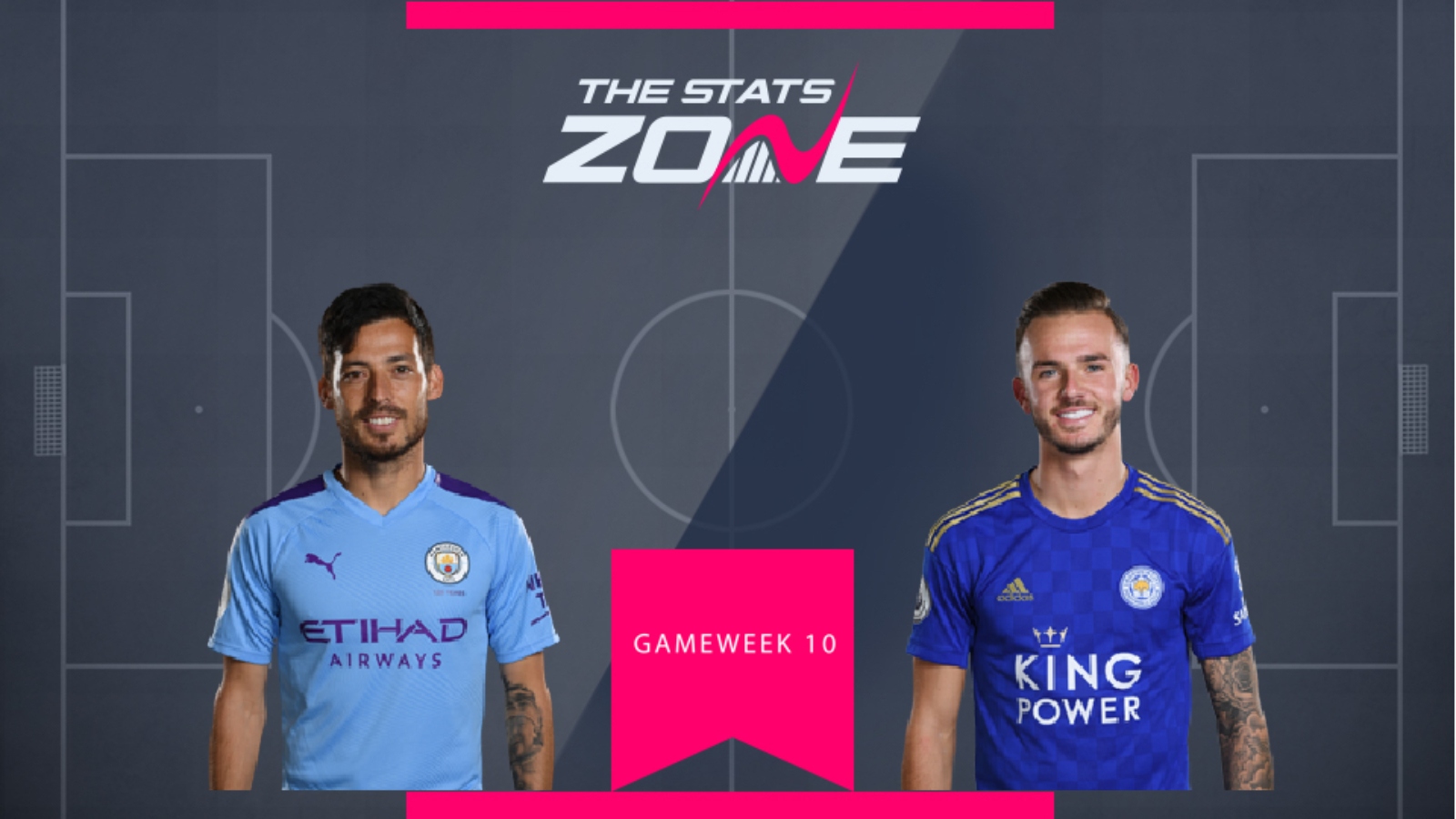 If David Silva (£7.6m) played for any other Premier League team, he would surely be owned by far more than 10.8% of FPL managers, as the Spaniard has accumulated just two fewer points than the more popular Raheem Sterling this season despite being significantly cheaper than his English counterpart. Silva has produced double-figure hauls on four occasions this season, more than any other player.

In-form Leicester boast a few different FPL options and James Maddison (£7.2m) is certainly in that bracket with two goals and two assists to his name at this stage. Three of the Englishman's four attacking returns have come away from home, and the Foxes are on their travels for two consecutive Premier League matches now, beginning with a trip to Southampton in Gameweek 10.

The nod has to go to Silva however, as his Man City side host Aston Villa on Saturday and the Spaniard has proven to be a more reliable point scorer so far. 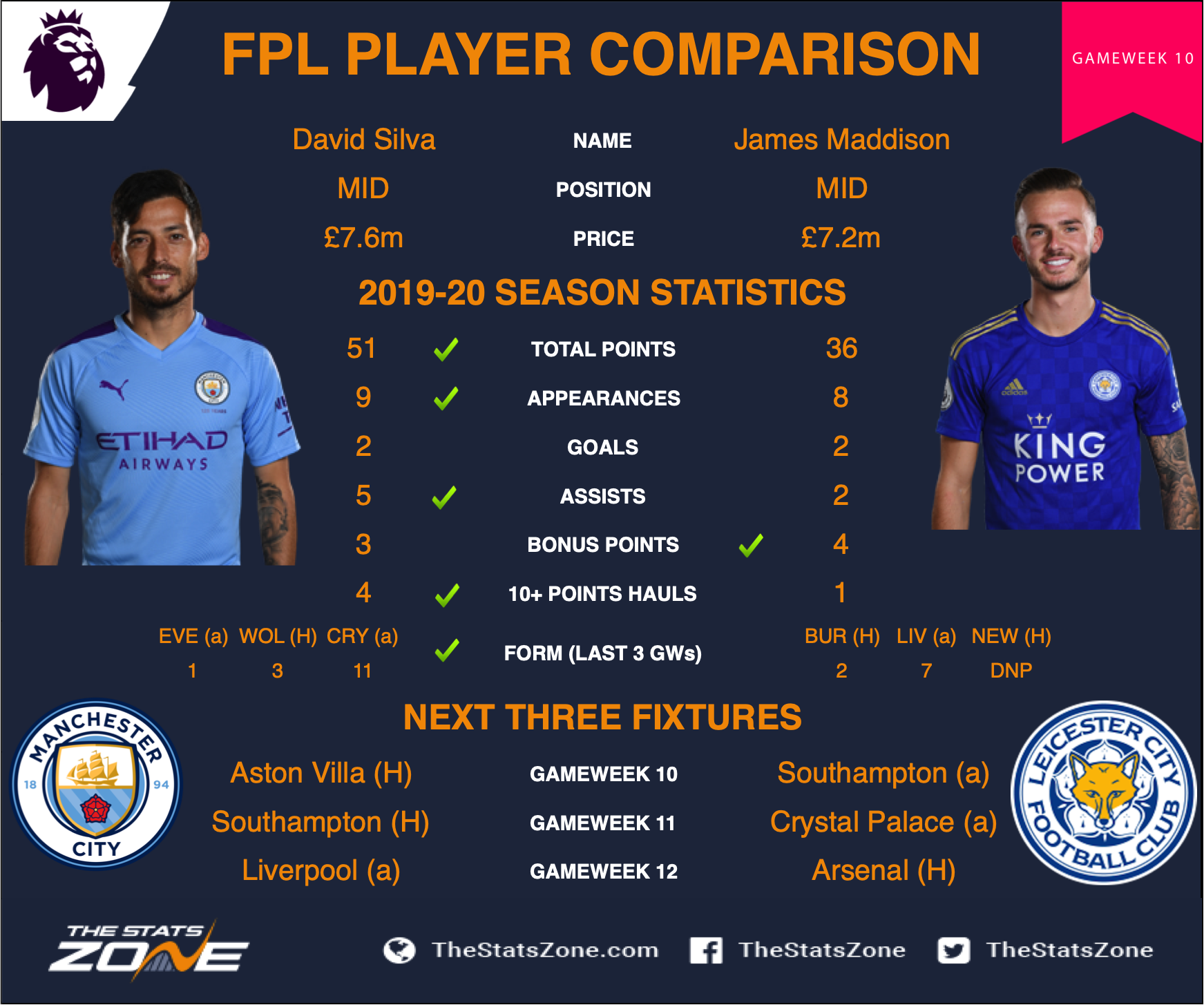