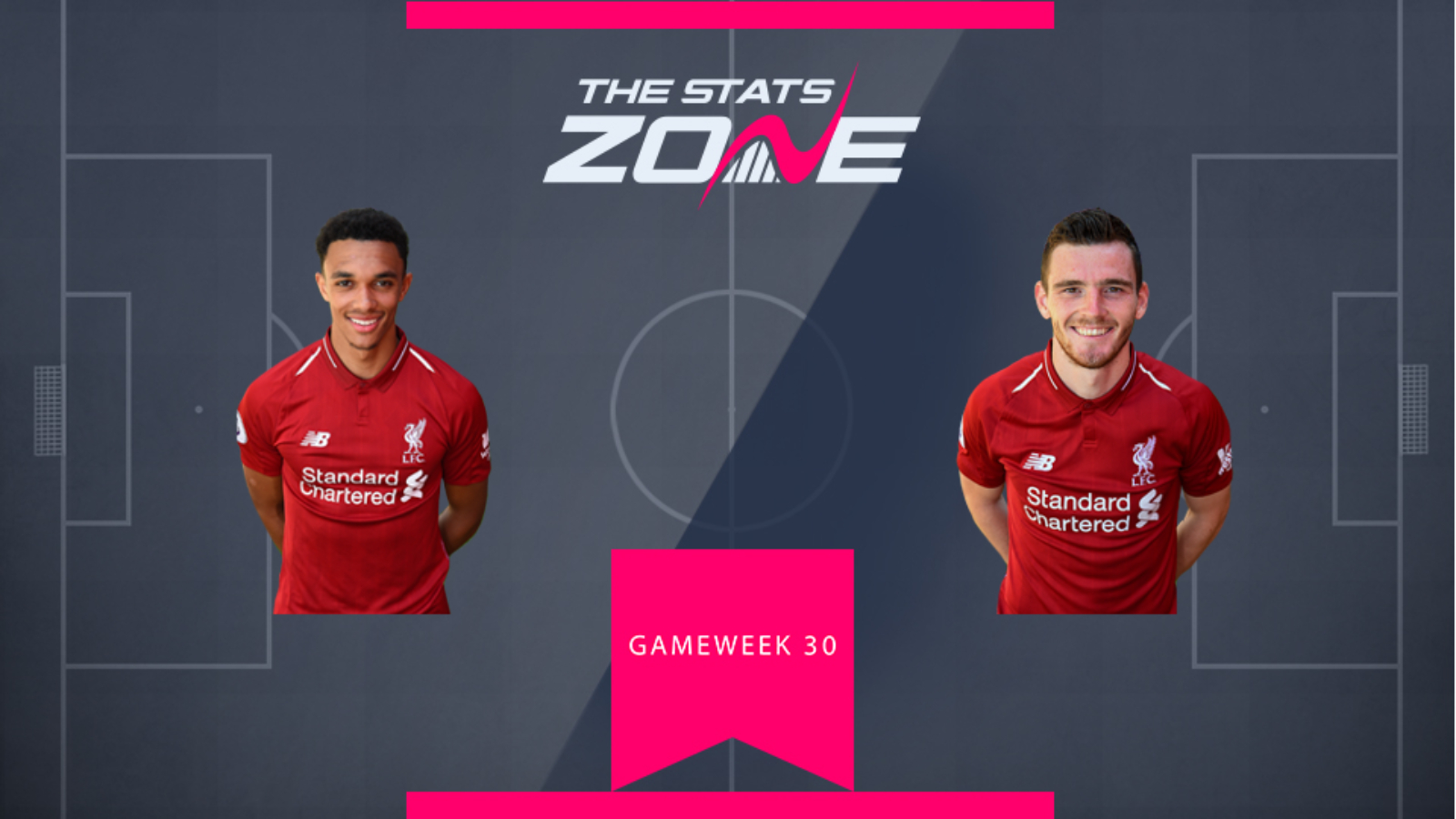 Liverpool are surely the Premier League champions in waiting. They could wrap up the title in Gameweek 30+ against their bitter Merseyside rivals Everton, providing results go their way. A key component of their success has been their flying full-backs. Both Trent Alexander Arnold (£7.8m) and Andrew Robertson (£7.0m) have contributed immensely to the Reds' cause, combining solid defence with cutting-edge attack. We weigh up which of the two represents the better FPL prospect in Gameweek 30+.

Alexander-Arnold has had a truly magnificent season with two goals and a staggering 14 assists from right-back. Combined with 11 clean sheets, he is comfortably the highest scoring defender in FPL so far this season with a huge 166 FPL points acquired and counting. That's 25 more points than the second highest scoring defender, Liverpool teammate Virgil van Dijk. Robertson meanwhile, hasn't done so bad himself having provided seven assists and a goal alongside his 11 clean sheets. He is the third highest scoring FPL defender in the game in 2019-20 with 137 points.

Robertson may come in at £0.8m cheaper than Alexander-Arnold. However, to not have the English full-back in your team is a prospect not worth thinking about for us. His point-scoring ceiling is so vast that for us, Alexander-Arnold is the most important FPL asset this season and an absolute 'must-own'. Therefore, despite his expensive price he have no choice but to plump for him over Robertson in this head-to-head.