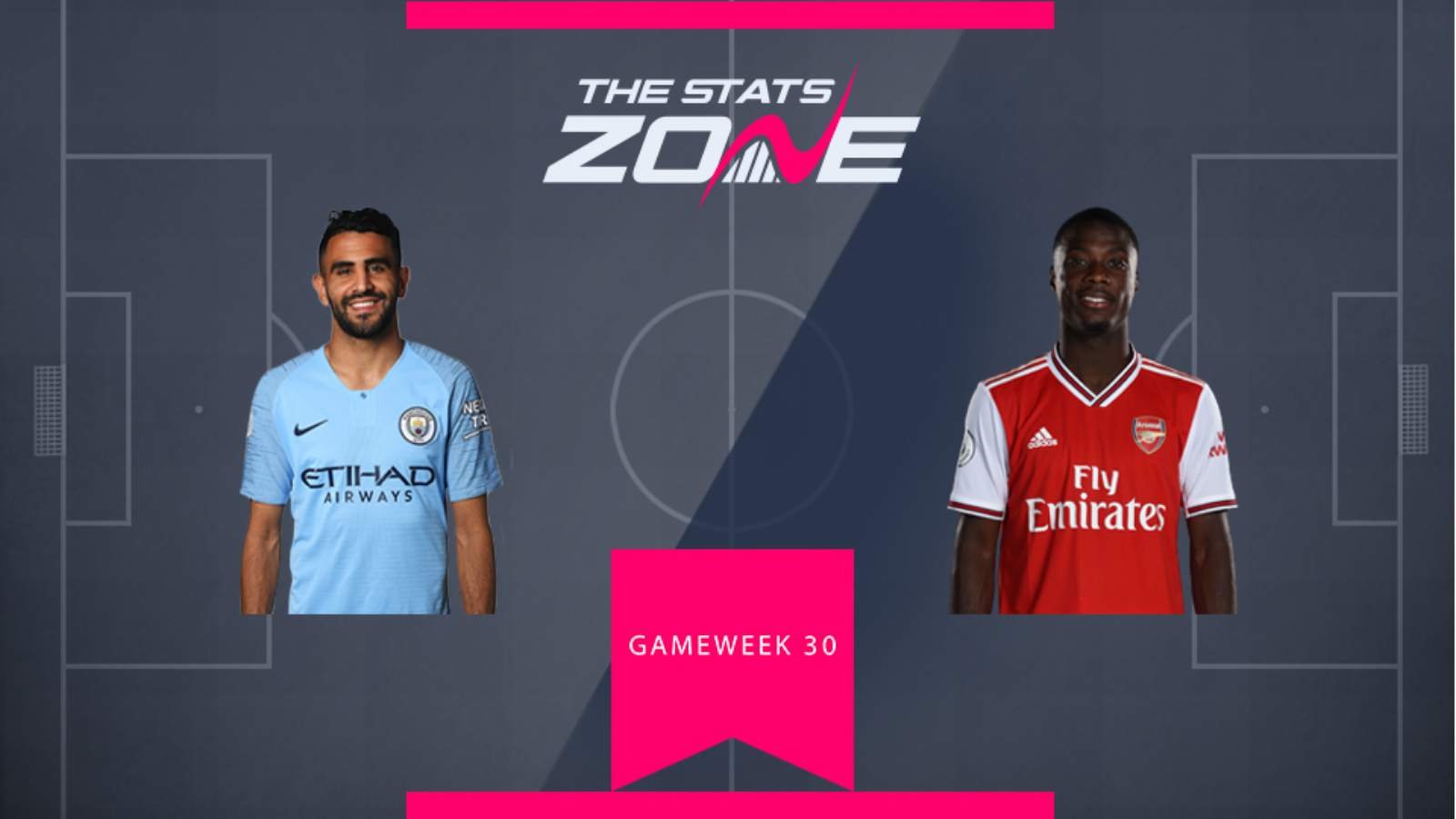 Man City face two home games at the Etihad Stadium in Gameweek 30+ against Arsenal and Burnley. Midfielder Riyad Mahrez (£8.5m) will hope to start both, having enjoyed a fine season before COVID-19 enforced suspension. The Algerian had 17 attacking returns to his name in the league with seven goals and ten assists. He had accrued 121 FPL points, a more than respectable tally.

With Arsenal also enjoying two fixtures in Gameweek 30+, away to Man City and Brighton respectively, Nicolas Pepe (£9.3m) could be the man to help fire up their late challenge to finish in the Champions League places. The midfielder has accumulated 88 FPL points so far this campaign, with four goals and six assists to his name. Most importantly, Pepe is in form, having secured four of those 10 attacking returns in his last three gameweeks.

At £0.8m cheaper however, it's hard to look beyond Mahrez here. Yes, rotation could be an issue but the same could be said for Pepe as Mikel Arteta continues to try and shape his Arsenal side up with an eye on the future. With two home fixtures in prospect, Mahrez wins out in this head-to-head.