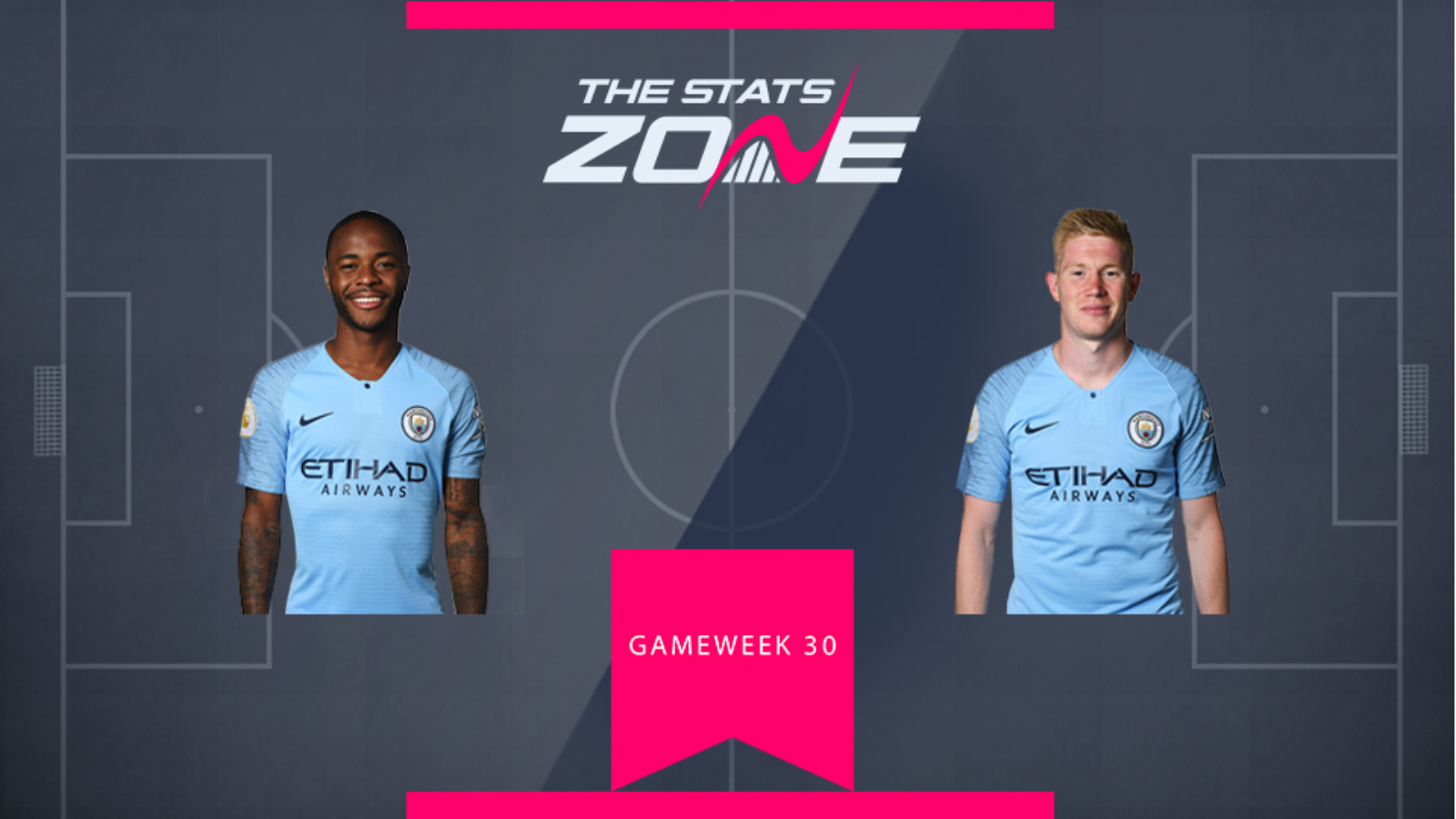 Man City can mathematically still pip Liverpool to the Premier League title. Quite frankly though, they need a miracle and the odds are slim to zero. That shouldn't prevent Pep Guardiola's side from giving it all they've got in the final nine Premier League gameweeks and FPL managers will be excited that they start with a double gameweek as they host both Arsenal and Burnley in Gameweek 30+.

Both Raheem Sterling (£11.7m) and Kevin De Bruyne (£10.6m) are likely to be heavily owned by FPL managers, but which of the two would we recommend if we could only have one? Well, Sterling has scored 11 Premier League goals this season compared to De Bruyne's eight. However, the Belgian races ahead in assists and overall points with a whopping 18 assists and a total of 178 FPL points, the second most by an FPL registered midfielder. Sterling, meanwhile, has just two assists and 118 FPL points.

This one is quite frankly a no-brainer. De Bruyne is priced £1.1m cheaper than Sterling and has 60 more FPL points over the course of the campaign. He is also likely to start both Gameweek 30+ matches, whereas Sterling could find himself on the bench for at least one of the games with Leroy Sane back fully-fit. De Bruyne though, could find himself as the most owned and most captained player of the gameweek. Go against him at your peril!