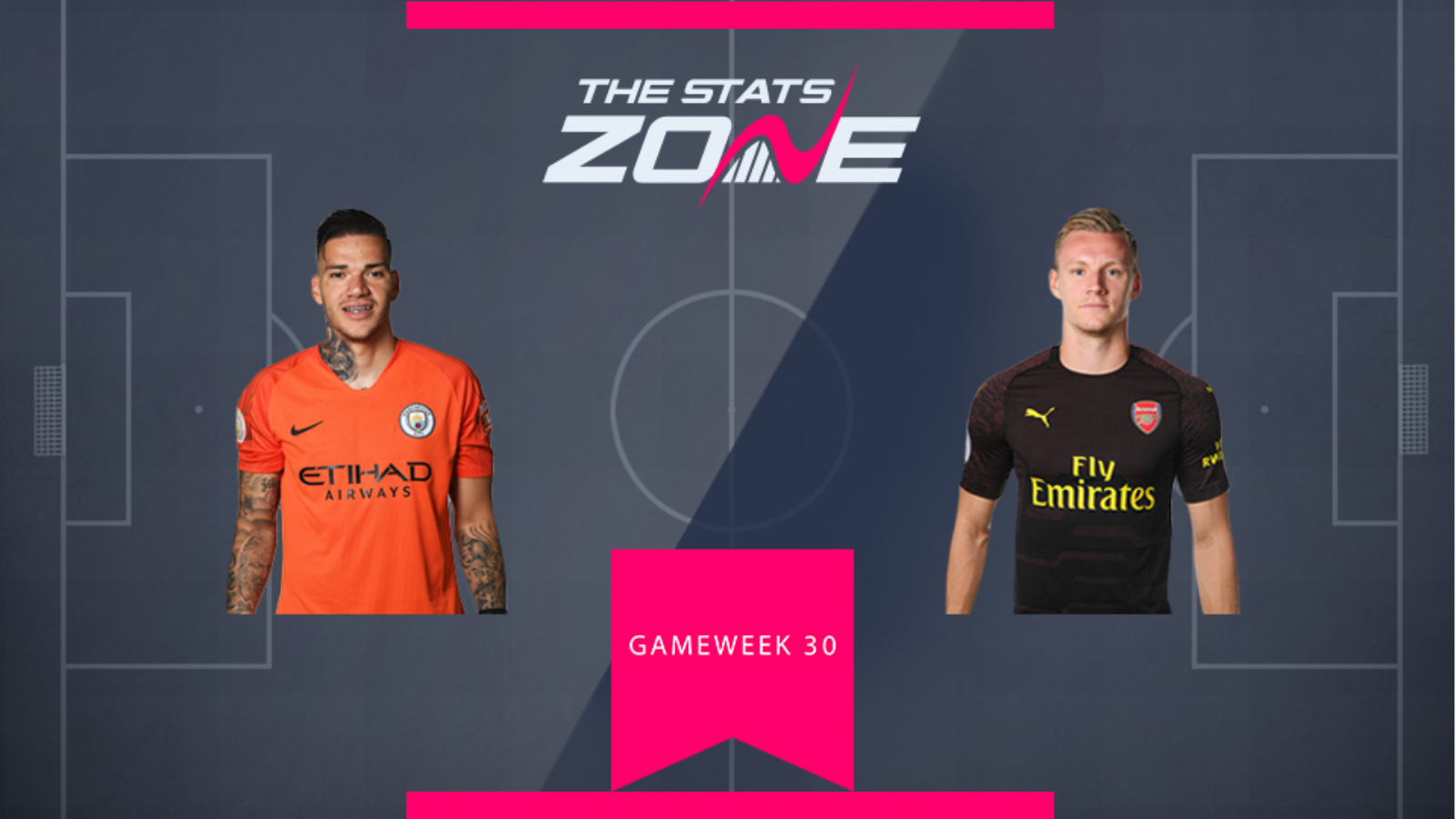 We look at two keepers who will lock horns in the second Premier League game to take place on the opening night of the resumed season. Man City host Arsenal at the Etihad Stadium and we weigh up which keeper of Ederson (£6.0m) and Bernd Leno (£6.0m) represents the better FPL asset for Gameweek 30+.

Ederson has kept nine Premier League clean sheets so far this season compared to Leno's seven. However, Leno has racked up more than double the amount of saves, with 104 registered saves compared to the Brazilian's total of just 50. Both keepers face off as part of a double gameweek, with Ederson's Man City having two home fixtures against Arsenal and Burnley, whilst Leno faces two away trips to the Etihad and Brighton respectively.

Ultimately, that home form helps us make our decision here. Man City have kept clean sheets against Burnley in their last two home Premier League games against the Clarets and have conceded just one goal in their last five games in all competitions against Arsenal. Whilst Leno may be able to rack up more save points than Ederson, the likelihood of the City stopper keeping two clean sheets leads us to sway towards him here.