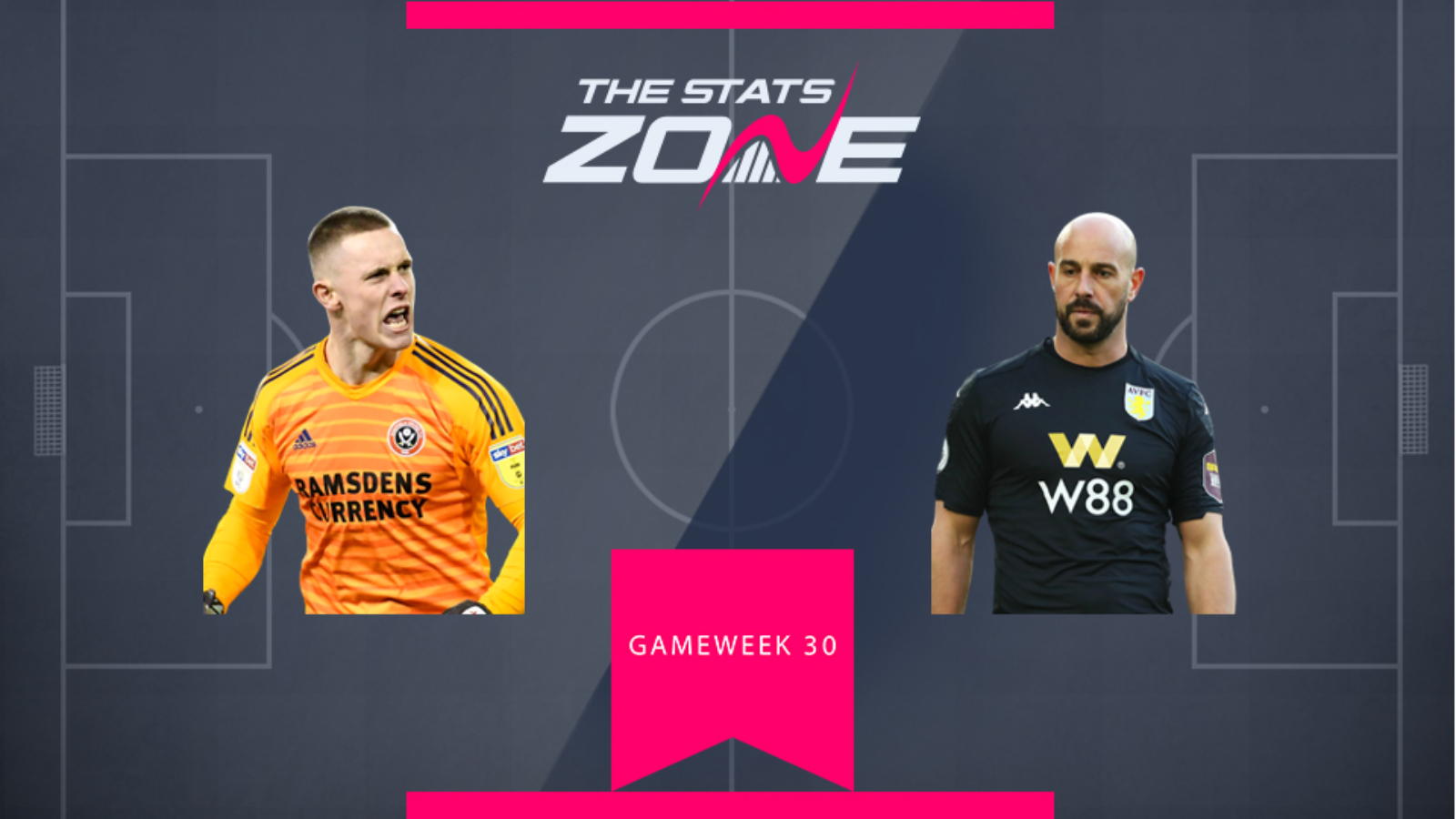 The stakes are high for both these goalkeepers going into Double Gameweek 30+ with Dean Henderson (£5.3m) and Sheffield Utd right in the mix for a Champions League place, whilst Aston Villa and Pepe Reina (£4.5m) are fighting for their lives to avoid relegation from the Premier League. Both keepers will feature as part of a double gameweek that sees both sides meet at Villa Park in the first Premier League match of this revived campaign.

Henderson is fighting Liverpool's Alisson and Burnley's Nick Pope for the coveted golden glove, having kept 10 clean sheets so far in the league this season, making 70 registered saves and accruing 122 FPL points, the second most of any keeper in FPL. Reina has had less luck, failing to keep a single clean sheet in his six Premier League games for Aston Villa thus far. He has only accumulated 19 FPL points, with a 10-point haul in Gameweek 26 a highlight after the Spaniard saved a penalty in Villa's 2-3 defeat at home to Spurs.

This is a fairly straightforward decision. Aston Villa look desperately poor in defence and it's hard to see that changing. Sheffield Utd meanwhile have been rock solid all season, with Henderson a towering figure in goal. With a trip to Newcastle also on the menu for the Blades, another side who have struggled in front of goal recently (only scoring once in their last five Premier League games), Gameweek 30+ could be prime for a Henderson haul!