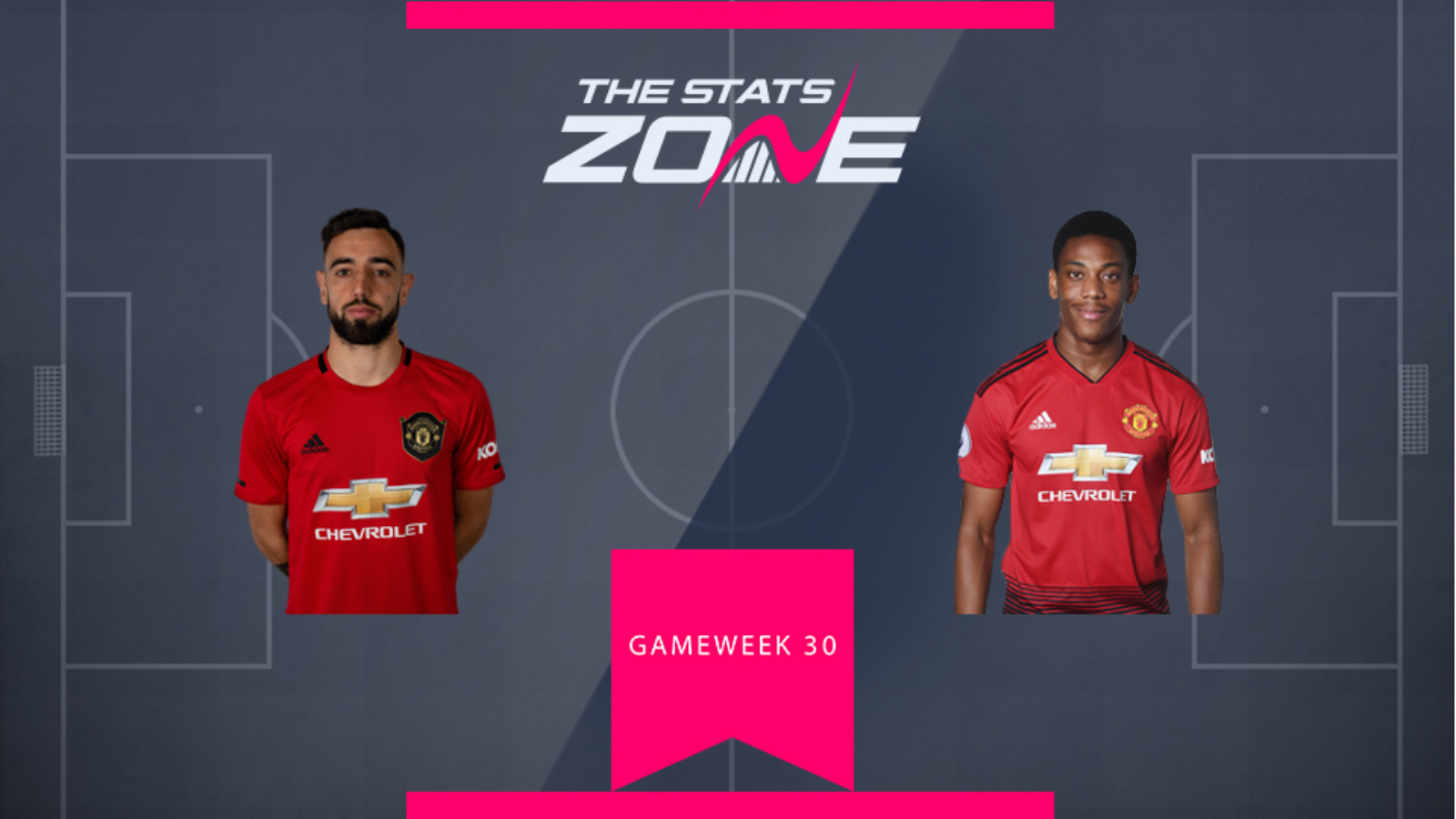 Two Man Utd midfielders who are tipped to resume their Premier League seasons with a bang are Bruno Fernandes (£8.6m) and Anthony Martial (£8.0m). Both had been delivering FPL points with regularity before the campaign was suspended due to the COVID-19 pandemic. With Man Utd fighting for a Champions League, the pressure will be on them to return with a bang.

Fernandes had been by far and away the stand-out Premier League signing in January and had proven an FPL 'must-own' in a short space of time. With an impact similar to that of Kevin De Bruyne at Man City, the Portuguese star has accrued 38 FPL points in just five games with two goals and three assists.

Martial has been playing as a striker although he is listed on FPL as a midfielder, which of course has seen his points tally benefit hugely as a result. The Frenchman has netted 11 times in the league this season, with three assists and an overall points total of 122. With Bruno feeding him from midfield, Martial has scored in three of his last four Premier League appearances.

Whilst Bruno arguably has more potential for a big points haul with free-kicks and penalties falling under his domain, Martial holds the value at £0.6m cheaper. With a tough looking fixture away at Spurs for United in Gameweek 30+, the cheaper option could prove the shrewd one here.